“The Republicans are working hard and taking care of the White House, and Chicago can have Professor Obama back here very quickly,” said Chairman of the Republican National Committee Reince Priebus, who spoke Wednesday just steps from the Law School where the president used to teach.. 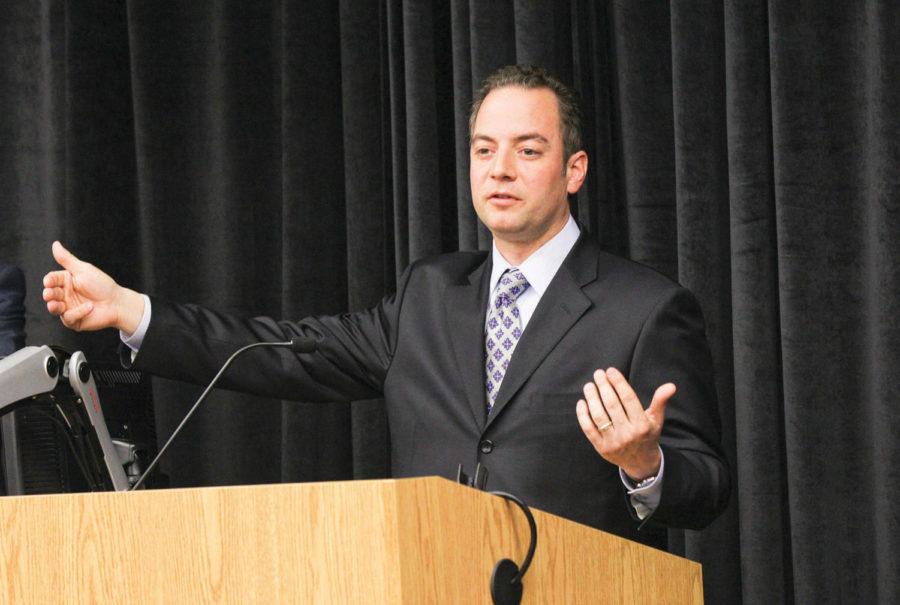 The chairman of the Republican National Committee spoke about the role of government and criticized President Barack Obama just steps from the Law School where the president used to teach.

At Wednesday’s talk at the Harris School of Public Policy, Reince Priebus alluded to Obama’s connection to the University in attacking the former senior lecturer.

“I’m working hard every day to get you your professor back,” Priebus said. “The Republicans are working hard and taking care of the White House, and Chicago can have Professor Obama back here very quickly.”

Priebus also railed back against Obama’s claims that Republican policies have hurt the economy.

“What have we tried to do for the economy? You wouldn’t know it from the Democrats’ talking points, but actually quite a lot. Twenty-two bills, in fact. The House passed 22 individual bills that would promote job growth,” Priebus said. “The President ignores them.”

In a question-and-answer session after the talk, fourth-year Jonathan Rodrigues asked Priebus whether the GOP was considering changing its immigration policy. Priebus did not answer Rodrigues’s question directly.

“Listen, a fish rots at the head,” he said. “There’s someone in charge of this country that promised a whole heck of a lot four years ago, right? He did it in a bigger way, and it didn’t work out. Everything’s worse.”

In response, Melanie Roussell, a spokesperson for the Democratic National Committee, accused Priebus of trying to sidestep criticism of ineffective Republican policies.

“If Priebus wants to change the conversation, he should call on Republican candidates to stop demonizing immigrant families and adopt sensible solutions for Hispanic communities,” Roussell said in a statement.

Priebus called the purpose of government the “fundamental question of 2012,” and argued that government should play a limited role in the lives of Americans.

“As chairman of the Republican Party, that’s what I want Republicans to represent: a government that stands up for the American people, not one that stands in their way,” Priebus said. “Now, in my view, the other party sees things a bit differently. For them it seems to be more about guaranteeing equality of outcomes.”

Priebus was invited to speak as part of the Harris School’s “Presidency 2012: The Purposes of Government” lecture series. The series will bring presidential candidates and political strategists of all parties to discuss the role of government in the United States.