The U of C's 20th Marshall Scholar hopes to study philosophy at Oxford University. 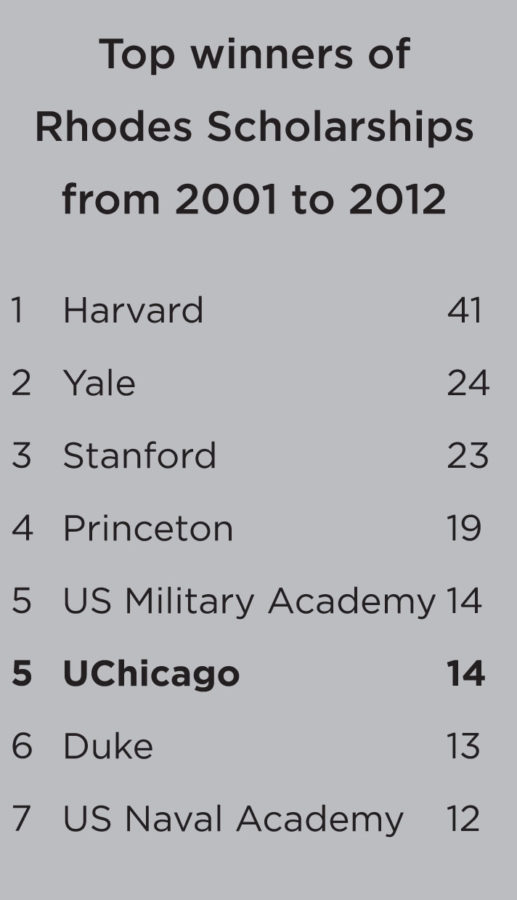 Fourth-year Leah Rand was named a Marshall Scholar last week, making her the 20th U of C student to launch her graduate education overseas under the scholarship’s aegis since 1987.

A HIPS (History, Philosophy, and Social Studies of Science and Medicine) major, Rand is specifically interested in medical ethics and plans to study philosophy at Oxford University.

“During the interview process, they told me that the philosophy program at Oxford is one of the hardest and most intensive ones, and I did not know that before. So I’m kind of apprehensive about that,” Rand said.

Rand began her application in June with help from an adviser in the college and submitted it in October. She was contacted by the head of the interview committee two weeks ago.

“I’ve always been an anglophile. That being said, I know it will be a whole new experience living in the UK for two years, and I’m eager to be totally immersed in life there,” Rand said in an email.

Throughout the application process, Rand kept in contact with Ben Umans (A.B ’10), one of last year’s Marshall Scholars and a friend, and looks forward to meeting with him in Oxford. The Marshall Scholarship’s Chicago consulate contacted Rand shortly after announcing her award and connected her with other recipients in the Midwest.

“We’re going to meet up in Chicago or New York. I’m very excited for that,” Rand said.

The scholarship has a minimum GPA requirement of 3.70, though the average of U of C Marshall Scholars’ GPA over the past 10 years has been 3.92, according to the University’s Web site. An interest in the United Kingdom, along with academic excellence, community involvement, and leadership potential are all strong deciding factors.

Rand is head judge of the Scavenger Hunt this year, serves on Prospective Students Advisory Committee, and recently acted in University Theater’s production of “The Physicists.”