Kupchan warns of the end of Western hegemony. 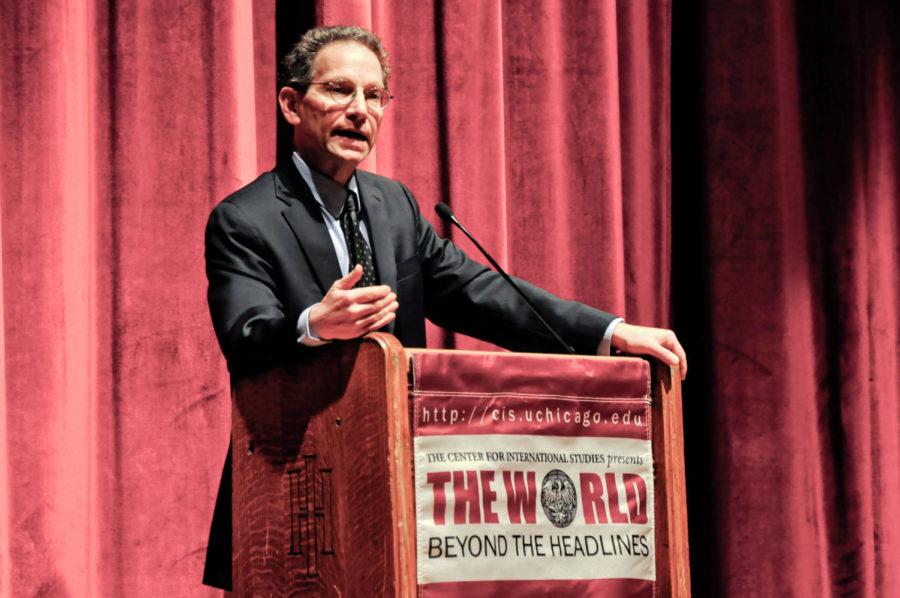 Author Charles A. Kupchan presented an unconventional projection of a global future in which no single nation or region would dominate international affairs in a lecture based on his newest book, No One’s World: The West, the Rising Rest, and the Coming Global Turn, at the International House Wednesday evening.

Kupchan, an international affairs professor at Georgetown University and former member of the National Security Council under President Bill Clinton, first described the historical rise of Western dominance and then debunked any expectation of its continuation in the future.

“There has been an assumption that the power of the West coupled with the appeal of its ideas will lead to the universalization of Western values—democratization, liberal order, free trade—and that even if, as many people now accept, the era of the West’s material primacy will not last, its ideological hegemony is here to stay,” he said. “I would like to cast doubt on that narrative.”

Kupchan pointed to the Western contribution to the global GDP, which has dropped from 75 percent during the Cold War to 50 percent now. In 20 years, Kupchan said, only 30 percent of global GDP is projected to come from Western nations. Further illustrating the West’s diminished role in international affairs, he noted that Western political and social practices will no longer be the norm.

International affairs will also become more regionally based, according to Kupchan. Because of this regional devolution, he encourages the United States government to accept global political variations.

“Rather than viewing liberal democracy as the litmus test of legitimacy, I would argue that we should take responsible governance as the litmus test, and stop delegitimizing governments just because we don’t like the way they govern at home,” he said.

There are potential benefits to this global shift, according to Kupchan.

“If we get it right, it could very well be an era that is not ominous and dark, but one in which the world’s diversity in fact brings us to a new level of prosperity.”

Kupchan’s lecture was part of the World Beyond the Headlines lecture series sponsored by the Center for International Studies.