A lifelong fan plays Jeopardy! against 14 other college students for $100,000. 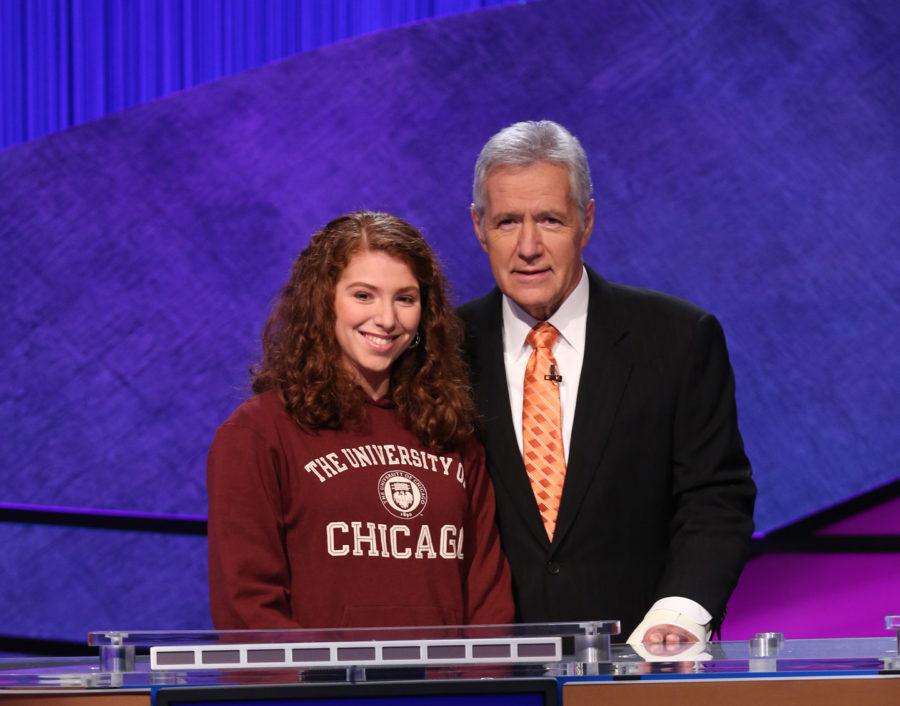 Laurie Beckoff has been a fan of Jeopardy! for as long as she can remember. After auditioning in New York last April, she won a spot on the 2014 Jeopardy! College Championship, the first episode of which airs in Chicago on WLS-TV at 2:30 p.m. on Tuesday.

For Beckoff, a second-year in the College, the game show has been a lifelong passion. “I’ve been watching Jeopardy! my entire life. When we eat dinner [in my family], we put on Jeopardy!”

In order to audition, she explained, one must pass a 50-question online test. Among those who pass the test, a few are randomly selected for auditions. Then, those selected must take another 50-question test, followed by practice games and interviews.

As a teenager, she auditioned three times for Teen Jeopardy! This time, she finally made it past the audition and onto the show, which was filmed at its main studio in Culver City, California in January.

“It was surreal. It was an amazing experience because I just spent my entire life watching that show and seeing that set—And to meet Alex Trebek—It was just insane,” she said.

The winner of the college tournament is awarded $100,000 and an automatic spot in Jeopardy!’s Tournament of Champions. Beckoff competed against 14 other college students, each representing different institutions, including Harvard, UCLA, Duke, Princeton, UC Berkeley, and Vanderbilt. She spent most of her winter break preparing to face those competitors.

“Jeopardy! has a website where they have all of their old seasons with, like, every single question and every result—So I did the old college tournaments. I just watched every night. I practiced ringing with a pin. I also did some random trivia.”

For anyone aspiring to make it on to the show, she recommends not just learning trivia, but learning the ins and outs of the game itself. “Just watching the show is the best way to practice,” she said.

A dancer and an actress who has been heavily involved with University Theater, Beckoff is used to the spotlight. Nonetheless, she admitted, being on national television was still a nerve-racking experience.

“Filming is always a little scary. If you misspeak, it’s going to be caught on there,” she said. “But at the same time, you kind of have to accept everyone’s going to say something silly at one point. You just [have] to enjoy the game.”