When a book chooses its cover

Attention to appearances is not necessarily superficial—it can be empowering. 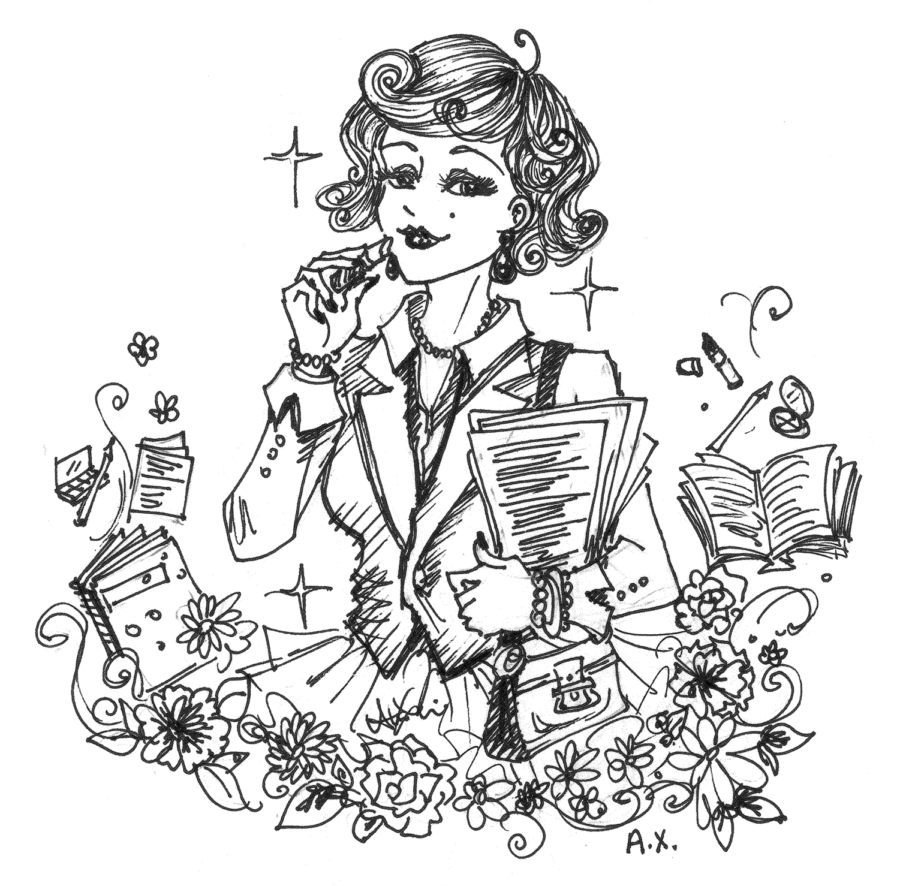 Like every budding lipstick feminist who grew up in the late nineties/early 2000s, watching Legally Blonde was a formative experience for me. In it, Elle Woods, a walking stereotype of a UCLA sorority girl, stalks her ex-boyfriend to Harvard Law School, where she learns that she’s an awesome lawyer and goes on a girl-power filled journey of self-discovery and fulfillment. There is a lot of Valley-girl slang and hot pink fashion circa 2001, and it is awesome. But before the audience entirely realizes that Elle is actually awesome and smart, we’re supposed to understand that she doesn’t fit in with her stuffy Harvard classmates because she does things like seek out a salon trip after a terrible day and vent to the manicurist (spoiler: at the end of the movie, the manicurist also becomes super empowered and has an awesome lady-friendship thing going on with Elle, because this movie is a feminist triumph). This is supposed to mean that Elle is shallow, because obviously serious people don’t care how their nails look, or something.

I do my nails myself, which is why they always look like complete shit. Even so, I was never able to begrudge Elle her salon visits, especially if they instantly improve her mood. My best friends and I have a treasured ritual of spending most of a day making a trip to the North Side for haircuts, because spending time on yourself is incredibly relaxing. Also because we can never ever make our hair look as good as it does immediately post-haircut, and when we walk around Wicker Park with professionally styled hair we like to pretend that we’re cool enough to fit in.

But beyond this simple pleasure of pampering ourselves, the haircut outings are rituals because they are, in many ways, magical. They’re often dismissed as shallow, but aesthetic changes like hair color or clothing are a means of self-transformation; changing the way you look is a way of changing how people respond to you. When Elle Woods decided she wanted to fit in at Harvard, she started wearing black and navy blue suits. Meanwhile, any time I wear bright colors, people comment on the departure from what has been called my “usual pallor.”

All this is to say that, like it or not, how we look is closely tied to how we feel about ourselves and how others perceive us. As such, the ability to change how we look is powerful, especially for women and feminine-presenting people for whom appearances are especially charged with social meaning. Choosing to appear in certain ways means I can play with the assumptions people make about me. If I were to dress like a police officer, for example, people might think I was one. But this works in more subtle ways, too; after trading my long hair for a pixie cut, relatives stopped asking me if I had a boyfriend and started asking me if I even liked boys.

When we talk about the ways aesthetic influences perception, especially for women, we focus mainly on lamenting the fact that it does so. There’s lots of talk about the male gaze that frames women as objects who receive the unfair appearance-based judgments of society. I agree. The fact that we judge people so harshly based on the way they look is counterproductive; the fact that this judgment is amplified around what femininity is supposed to be like is counterproductive as well as patriarchal. What doesn’t make sense to me, then, is why attempts to get around this perception issue by altering one’s looks are still written off as vain or frivolous. It is precisely because we collectively place so much stock in aesthetics as determinants of various social markers that “cosmetic” changes can have such radical power and subversive potential. I am able to designate myself as queer just by how my hair looks. That’s not what I’d consider frivolous or shallow at all—that’s incredibly powerful.

Just in time for the triumphant courtroom scene in Legally Blonde, Elle ditches the navy-blue suits and returns to pink. This, too, is a subversive choice. It is her way of choosing to be true to herself and kick ass while doing so instead of conforming, despite the fact that a hot blonde woman in pink is a stereotype in itself. It is Elle’s agency that makes the difference here, and too often I think we underestimate that kind of agency when we consider why and how people might choose to present themselves the way they do, because when these choices are so fraught with social meaning they are rarely made lightly. But also, seriously—go watch Legally Blonde.

Clair Fuller is a second-year in the College majoring in gender and sexuality studies.