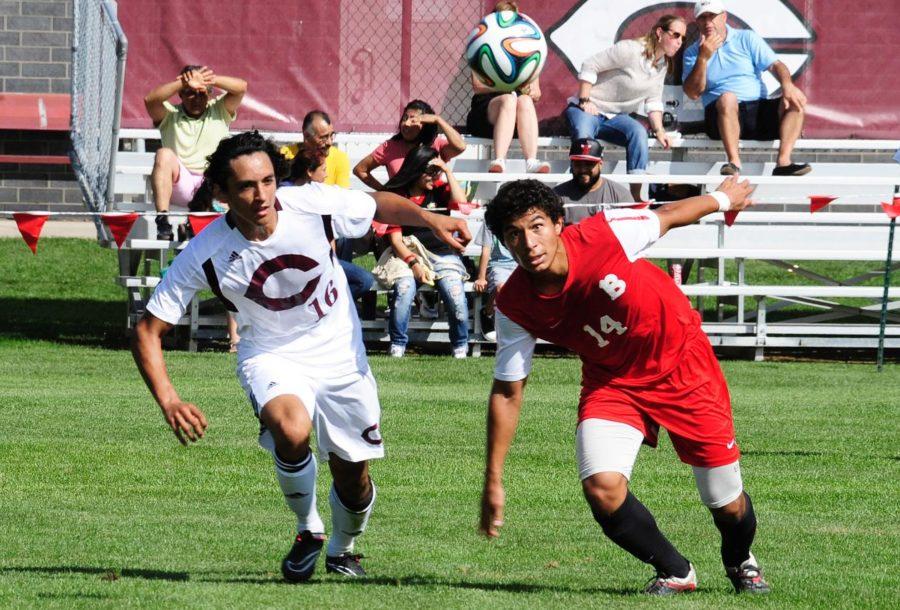 All streaks must come to an end.

On Saturday, the Maroons traveled to Emory to take on the No. 6 Eagles. They entered the match having lost to Emory in each of the past three years, conceding a total of seven goals in those three chances, and scoring only three. But, if anything, the bitter losses served as motivation for the upcoming match. Indeed, Chicago headed into the contest hoping to give 11–0–1 Emory its first loss of the year.

And the Maroons did just that.

The South Siders controlled the match from the initial whistle, constantly threatening the Eagles’ defense. It didn’t take long for their aggressive attack to yield results. In the 29th minute, second-year forward Brenton Desai’s header found the back of the net, giving Chicago a 1–0 lead. But the Maroons never settled; they kept their foot on the pedal, ending the half with eight shots to Emory’s unfruitful four.

The second half featured much of the same, with Chicago dominating possession. Emory tried to break through the Maroons’ defense, but was left frustrated more often than not. The rare chances that did come Emory’s way were wasted.

Much of the South Siders’ success came down to new strategy.

“Our coaching staff decided to tweak our tactical setup and try a formation that no one had seen us play until yesterday,” said fourth-year defender Jorge Sanchez-Cumming.

“That gave us an advantage going into the game because their game plan depended on us playing the same way we had been playing during the course of the season. Early in the game, we gave their defense a lot of trouble by moving the ball around and forcing them to chase us. In the second half, we kept our composure and kept possession for long periods of time, which ultimately frustrated them to the point where their attacks were no longer efficient,” he said.

All of this combined for a Chicago victory. The Maroons improved their record to 7–4–1 and their conference record to 1–0–1. Meanwhile, Emory has now split its first two UAA matches.

Chicago’s success has come at a critical point in the year. There are only a handful of matches left before the NCAA tournament rolls around. The interim period will be a chance for the coaching staff to continue tweaking formations and for the players to continue improving execution. Regardless, the Maroons seem to be clicking at just the right time: the defense has recently seemed impregnable, with Chicago’s backline conceding only three goals in its past five matches.

But the Maroons realize that this is just one of the many regular-season games. While they won’t get too excited about the victory, they do have much to feel good about. Taking down the No. 6 team in the country doesn’t hurt one’s national standing.

“Beating Emory proved to us that we can take anyone on and beat them if we play to our potential and stick with our game plan and style of play,” Desai said.

The Maroons’ next match will be at Rochester at 4 p.m. on Friday.