As UAA Championship begins today, Chicago enters at No. 5 seed and takes on No.4–seeded Case 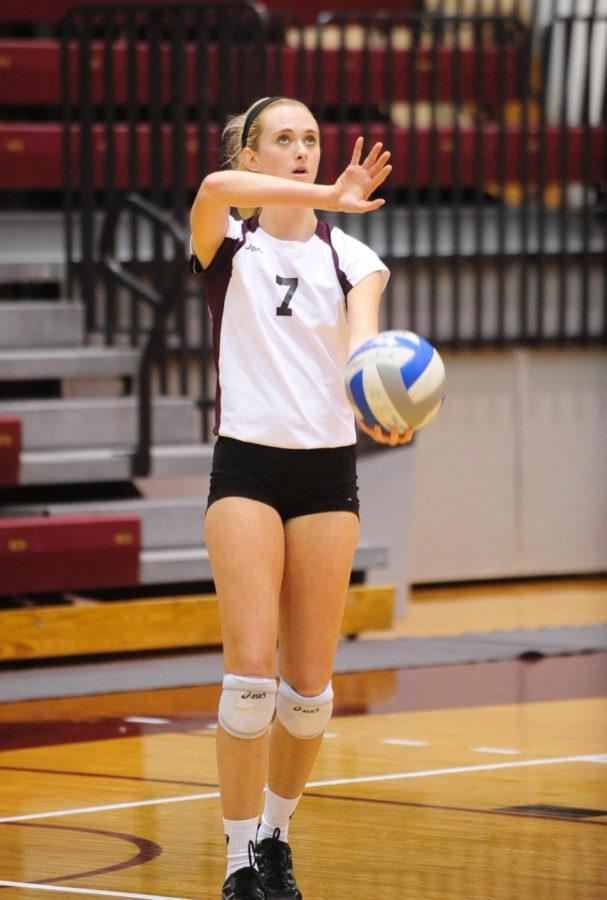 Last weekend, the Maroons concluded the regular season with a win over No. 17 Elmhurst, to cap off a 4–0 showing at the Benedictine University Eagle Classic. More important for the Chicago squad (24–11, 4–3 UAA), however, was the return of fourth-year libero Eirene Kim and third-year outside hitter Jasmine Mobley.

“[The] weekend off after the second Round Robin was very much needed, but there is no additional fatigue from the tournament at Benedictine,” said third-year outside hitter Maren Loe.

With all fitness worries alleviated, the Maroons’ path through the postseason will surely be determined solely by their skill and determination.

The journey through the volleyball postseason begins with a first -round match against the fourth-seeded Case Western Spartans (16–11, 4–3). The Cleveland team beat the Maroons earlier in the season at the second UAA Round Robin. Middle hitter Kayla Pfaff and outside hitter Carolyn Bogart powered the Spartans to a 3–1 victory over the South Siders.

Since then, however, the Case Western squad has gone 2–4. In the same time span, the Maroons have found form, posting a 5–1 record. With the return of leadership from veteran Kim, and the momentum heavily in the Maroons’ favor, Chicago will look to capitalize when they take to the court this afternoon at 1 p.m.

The schedule for the rest of the tournament is dependent on the outcome of the match with Case Western. A win will keep the Maroons in the hunt for the title, while a loss will send them to the consolation bracket. Provided the South Siders emerge victorious from the matchup with the Spartans, they will play the winner of the match between top-seeded Wash U, and the eighth-seeded Brandeis University.

The draw seems likely to set up a matchup between the No. 5 Wash U Bears and the Chicago Maroons. Last time the two sides met, the Maroons handed the Bears their third loss of the season. Such a matchup would pit current Maroons head coach Sharon Dingman against Vanessa Walby. Walby, who is in her inaugural season with the Bears, led the Maroons for the previous six seasons.

Wash U would enter the match on a 12-game winning streak, marked by victories over four different nationally ranked teams. The winner of the match will advance to the UAA Championship game, while the defeated team will be relegated to the third-place match.

Barring any upsets from Rochester and NYU, the other semifinal would pit Carnegie Mellon against Emory. Emory would be the heavy favorite in such a matchup, especially since the Tartans enter the tournament on a five-game losing streak.

Should the semifinal participants be as anticipated, a victory by Emory over Carnegie Mellon would either set up a rematch of the last championship game against the Maroons, or a matchup between the fifth and sixth nationally ranked teams.

Regardless of the way the cards fall, the UAA Conference Tournament should provide a bundle of exciting and competitive volleyball matches. The Maroons are eager to perform at a high level and emerge unscathed, which they hope to do starting this afternoon at 1 p.m.