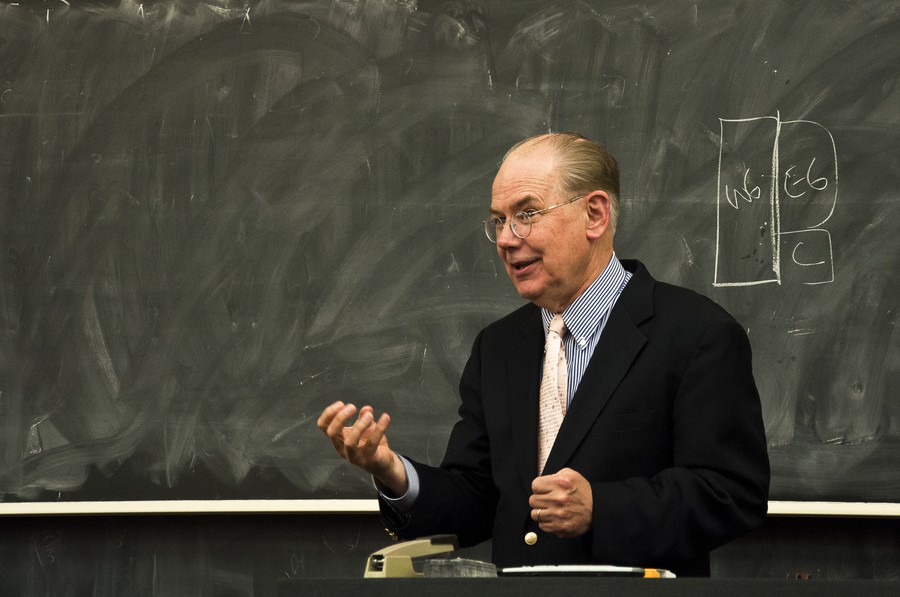 Mearsheimer, the co-director of the Harris School’s Program on International Security Policy, said that NATO’s future “does not look too bright,” due to global changes that will lessen the treaty’s power, particularly in the Middle East and Asia.

If China is able to maintain the upward trajectory that has made it among the largest economic forces in the world, it will be a major competitor to NATO and a formidable military power. This could prompt a shift in the U.S.’s strategic priorities away from fronts in European and the Persian Gulf toward Asia, Mearsheimer said.

Mearsheimer also identified prolonged wars in the third world as a source of NATO’s weakening.

“We’re going to lose in Afghanistan. In my opinion, we’ve already lost in Iraq,” he said, adding, “There are going to be recriminations.…Europeans are going to get blamed for not doing enough.” He predicted that Afghanistan will be a hot topic at the upcoming summit.

Given that its Soviet and German agendas have become less relevant to global politics since 1989, NATO has shifted its responsibilities to those of a peacekeeping role for the U.S. in Europe, cultivating European states to support the U.S.’s “addiction to war,” Mearsheimer said.

The talk, “NATO: Where It Came From & Where It’s Going,” was hosted by Chicago Studies, a program within the University Community Service Center (UCSC), the Human Rights Program, and the College.