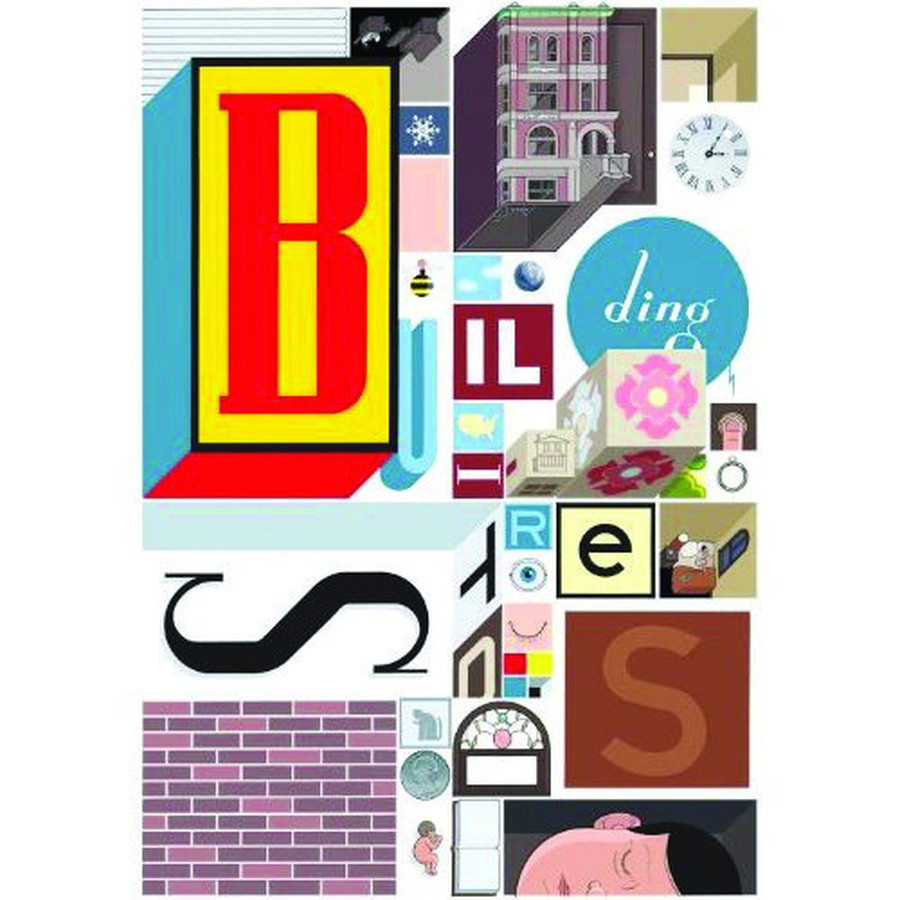 At a quick glance, Building Stories by Chris Ware looks like a white-and-blue dollhouse that needs scissors, glue, and a band of friends in order to be pieced together. But the only tool needed to assemble this graphic novel is a mind prepared to embrace the astounding complexity of this multi-floored story.

Chris Ware is an American cartoonist known for crafting evocative details that spill off of every colorful page. A few of his most notable works include Acme Novelty Library and Jimmy Corrigan, the Smartest Kid on Earth, which won the Guardian First Book Award in 2001. His visual art has also received important critical attention—most notably his 2006 solo exhibit at Chicago’s Museum of Contemporary Art and a piece in the coveted gallery space of the 2002 Whitney biennial exhibit. It is Building Stories, however, that will forever distinguish him as one of the preeminent figures in comic book narrative and illustration.

Published at the beginning of October, Building Stories consists of 14 separate booklets. One of the most fascinating aspects of the project is that you can read the separate books in any order you chose, and still be able to understand and interpret the story. The way the story proceeds depends upon your own subjective ordering of it, but it never loses its feeling of being a collective and cohesive whole.

Building Stories focuses on a single three-story brownstone in Chicago and its occupants, which include the elderly landlady, a lonely young woman with an amputed leg, from the top floor, and Branford, the bee who pollinates the flower boxes on the window ledges. (Hey, at least he’s not a house centipede.) Though these characters coexist in a your-floor-is-my-ceiling sense, they must ultimately strive for their own individual conceptions of the good and the just.

A consistently vivid dialogue propels the two-dimensional characters to leap off the page. Through the startlingly lush combination of Ware’s image and text, the reader begins to empathize with the young amputee woman. Her character, who is never given a name, is in many ways as anonymous and unknowable as most of our upstairs neighbors, yet her struggle with loneliness and depression—in her case, born largely out of an abusive childhood and an unhappy marriage—is touching in its familiarity.

Ware’s crisp, detailed style is at the heart of the illustrative body of the work. The line work is impeccably smooth, and rich colors of all hues radiate from the page. Gorgeous renditions of blooming spring flowers and rain-soaked leaves are tempered by somber and contemplative scenes of half-lit domestic interiors, which are drawn out with such bleak details as single beds, accumulating dirt, and molding scraps of food. And in that uniquely and traditionally Ware way, these initially humble and simplistic images use their apparent quietness to usher the reader into the world of the text.

Building Stories is a complex network of stories whose plots interweave and overlap at all ends. It is a project that focuses more on aura and atmosphere than the distinct stories themselves, and the artwork, in its fluid and thoughtful technique, feeds into that ambition.