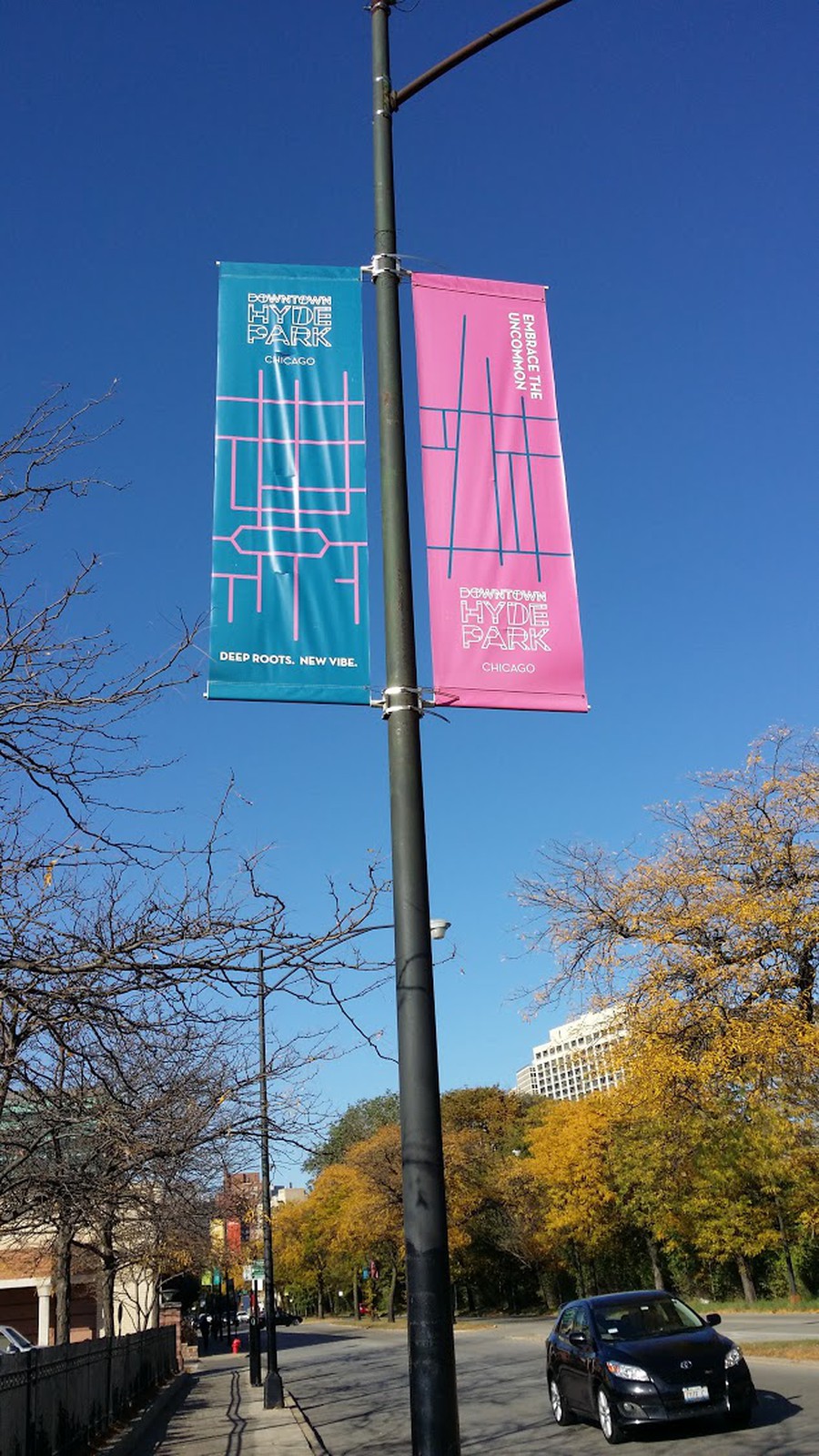 Colorful banners meant to reflect the character of Hyde Park and the recent development of 53rd Street were added to lampposts along the street in May.

The slogans “Deep roots, new vibe” and “Embrace the uncommon” along with a new badge saying “Downtown Hyde Park Chicago” adorn each pair of banners, installed by the South East Chicago Commission (SECC).

Over the past several years, SECC has been an important part of the development of 53rd Street’s commercial corridor. Other local beautification and maintenance projects in which SECC is involved include cleaning viaducts and sidewalks three times a year and replacing lids and liners on trash containers to ensure the cleanliness of the neighborhood.

Eric Reaves, the Special Service Area Program Manager at the SECC, said that “deep roots” signifies the history of Hyde Park, while “new vibe” refers to newer renovations happening in the area: housing buildings such as the Vue53 and the high-rise on 51st Street, along with the Promontory on the far end of 53rd Street. “Embrace the uncommon” is a reference to embracing the diversity of Hyde Park, Reaves concluded.

The banners are part of the SECC’s Brand Identity Strategy, which aims to individualize rapidly developing areas of Chicago. According to SECC’s website, the badge will also be displayed at various businesses throughout the community.

Skip Hampton, a hair designer at 57th Street Hair Salon, and Hyde Park resident since 1988, thinks the slogans fail to resonate with the community.