MAB Hosts a Night of Knee-Slappers and Gluten Rallies 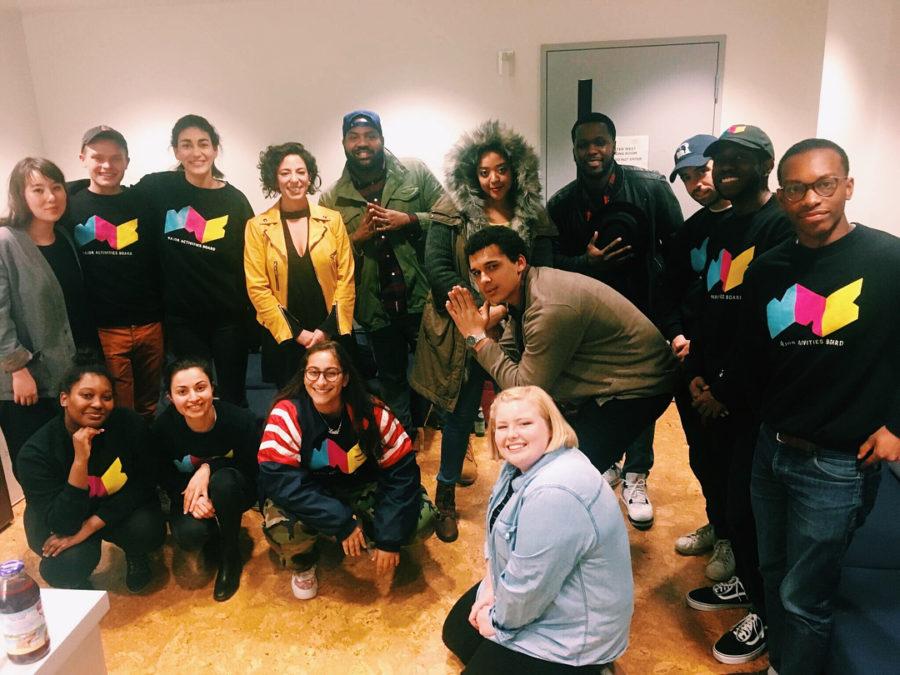 This Saturday, the Major Activities Board (MAB) hosted its annual comedy showcase at the Logan Center for the Arts. The event was intimate, but not in the slightly pathetic way that the word often implies. Packed into the black box theater, I felt like one of the lucky few, fortunate enough to see the impressive lineup of comedians scheduled for the night. And by the lighthearted anticipation in the sold-out room, it seemed like the rest of the audience felt that way too. There was no agenda other than entertainment and no objective other than making us laugh.

As a student-run show, it was only fitting that some of UChicago’s own up-and-coming comedians took the stage. Zavior Phillips, a second-year member of Off-Off Campus, emceed the show, elegantly weaving together each act with his own standup. He first introduced Ella Fredrickson, a first-year and another Off-Off member. Touching on subjects like “wasting calories” as much as she wastes time and the infuriating behavior of “skinny friends,” her performance was relatable to students in the crowd, and held its own in a lineup of professionals.

Following Fredrickson was Jillian Ebanks, the co-creator and co-producer of Beautiful and Powerful Sistas (BAPS), a comedy variety showcase for women of color. Her absurd story of going on a date with her Lyft driver and the decision to refrain from sleeping with him in “his cubicle” had the audience in stitches. She deftly touched on the experiences of being biracial, though her act never became heavy.

Dave Helem, a former high school teacher and a writer for Comedy Central’s Hood Adjacent, snuck up on the audience with his surprising and often cringe-inducing stories. “Maybe Trump is not so bad,” he began with an entirely straight face, immediately causing the chatty audience to fall silent. Only when he finally reached the punchline, asking, “What if Trump’s just doing a Make-a-Wish for a little racist kid?” did the audience burst into laughter. Throughout his act, Helem built up vivid images and ridiculous scenes. His description of an “anti-gluten rally, complete with rallying cries of “Hands up, don’t glut!” and the guilty confessions of his worst teaching moments were as hilarious as they were absurd.

Compared to Helem’s consciously ridiculous stories, Alex Kumin, who puts on a monthly showcase at the Chicago Laugh Factory, stuck to the grimy details of her own life. Shamelessly taking on the unromantic realities of being a woman, it was not hard to see why she has earned so much recognition recently. A ball of energy—or as she would eagerly add, a chronically sweaty ball of energy—Kumin happily made the crowd (and particularly the men in the audience) laugh uncomfortably. Once she began discussing the trials of being chronically sweaty, farting, or going to the gynecologist, she committed to a full exploration of the topic, almost aggressively so. Her performance can only be described as fearless, and if a few male audience members were offended along the way, the consistent laughs made up for it.

Calvin Evans, the final act of the night, is a frequenter of college stages around the country. Like the other acts of the night, he spoke about issues of race with comic genius. Talking about how hard the lives of white, straight men in America must be, he concluded that their only option when blamed for anything is to claim to be a “kangaroo and just hop away.” While the audience laughed uncontrollably at his jokes, he seemed unimpressed with the crowd that night and left in a disappointed huff when the audience was reluctant to participate in the last part of his set.

The night provided a much-needed break from the self-referential jokes and redundant memes of UChicago’s bleakly self-deprecating culture. While the comedians’ material ranged from the universal to the personal, it never resorted to the cheap laughs of name-dropping.