Escaping the Campus Bubble (or For Starters, The Reg)

A second-year student urges incoming students to escape the UChicago bubble and immerse themselves in politics. 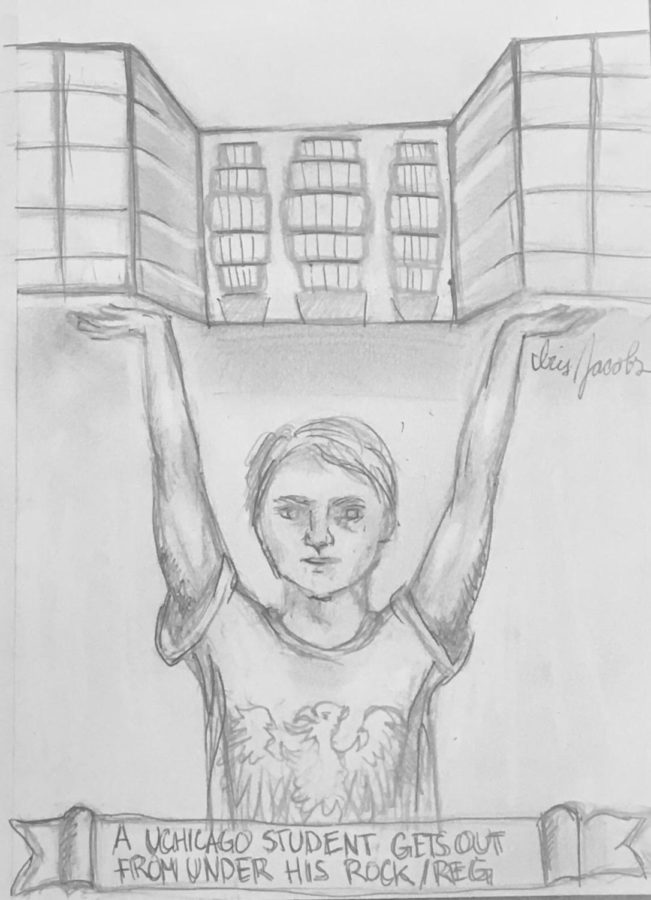 We are living in truly crazy times. Still, there is no better time nor place than UChicago to explore what you care about, who you are, and what we can learn from each other. Over the next few weeks and months, you will learn that this school is a very special place. This school’s uniqueness depends fully on its students, and now you, the Class of 2022, make up one quarter of our student body.

For me, one of the hardest parts of first year was breaking out of the intellectual bubble that this school—and any school—inevitably creates. Last winter, I was assigned to attend a Spanish cultural event on campus and discuss it with my TA during our weekly conversations. I went to a talk by a second-year student who works for United We Dream and who spent time last winter in Washington, D.C. protesting and organizing sit-ins to pressure Congress to protect against deportation. I specifically remember telling my TA, in broken Spanish, that it made me sad that I was spending so much time in the library instead of engaging in this activism myself.

UChicago is a hard school. It’s easy to be subsumed by all of the things on your plate. But try at all costs to pay attention to the news and events going on around you.

You have arrived on our campus at a time when our country continues to be threatened by harmful policies. Many of these issues—climate change, immigration policy, and abortion rights, to name a few—are at a tipping point, and the action and inaction of lawmakers right now, in 2018, is incredibly important. The midterm elections this year will, in many cases, dictate the legislation that Congress passes. The presidential campaigns emerging now and in the next few months are incredibly important indicators of change to come, not just in the executive office, but in the Supreme Court as well.  While many of these debates are not new to the political landscape, they should all be important to you, now, as first-time voters. Spend too much time under a rock (or should I say, the Reg) and you will miss what goes on outside of Hyde Park.

The political climate is rife with change close to home as well. From The Maroon and the South Side Weekly, you will hear about issues unique to UChicago and the Hyde Park–Woodlawn area. Several events last year, including the announcement about the Woodlawn residence, a new dorm on campus, and the shooting of a student by a UCPD officer, reinvigorated the ongoing discussion regarding UChicago’s role on the South Side. In addition, you arrive at a time when the administration continues to shape its infamous hardline policies on free speech and safe spaces, a time when students speak out against what they perceive to be mistreatment by the University. As members of the UChicago community, you now have both a stake and a stance in these debates. I urge you to read up on the issues, form your opinions, and spread them.

As a class, you are fulfilling a very specific niche both at UChicago and in the world. I learned about niches last spring in my physical science class in the context of evolution. Certain species develop in certain ways based on the ecological niches available in a given time and place. But species also have the ability to manipulate their environments and situations—ecosystem engineering—through their behavior. In this way, you will both shape and be shaped by UChicago and the world around you. You are now entering your niche as college students that will last for the next four years. No other class can occupy it—it is unique, and it is your own, so use it.