Beyond “How to Get Away With Murder”

A columnist reflects on her internship with the U.S. Attorney's Office in the sexual violence division. 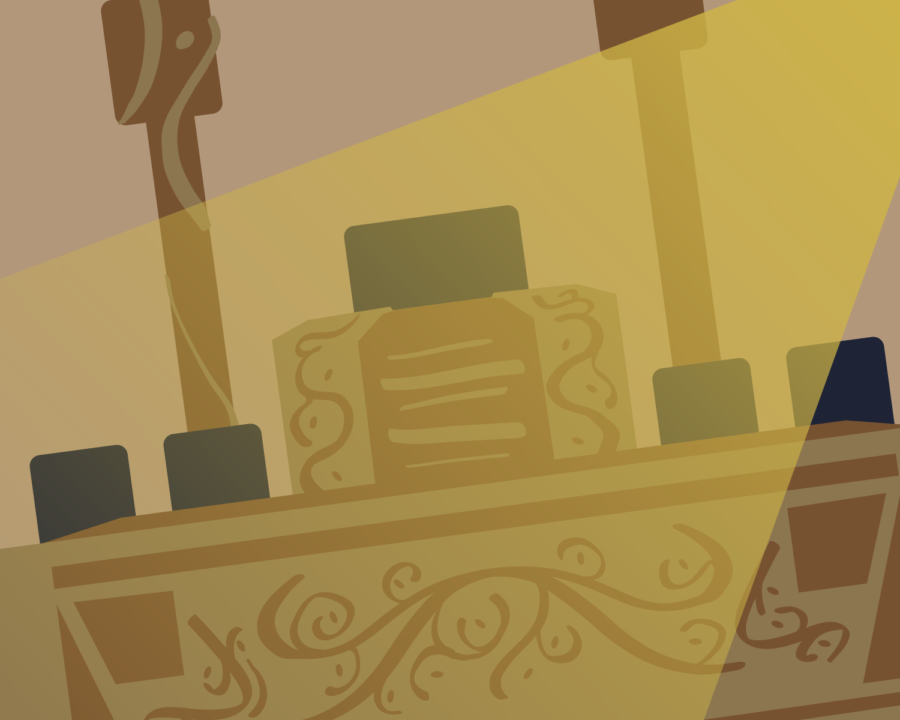 This summer, I interned at the U.S. Attorney’s Office for the District of Columbia, specifically in the Sex Offense and Domestic Violence unit (SODV). This section of the U.S. Attorney’s Office prosecutes local sex crimes under D.C. law, ranging from simple assault and threats to sexual abuse and rape. In addition, the office also prosecutes federal crimes ranging from child pornography to sex trafficking.

This description of the office, however, gave me little information about what I would be seeing or doing every day; I had no idea what to expect from this job. Watching How to Get Away with Murder was the closest I had gotten to sitting in a courtroom. Obviously, there is a lot more going on in the courtroom than what gets featured on TV.

First, I learned that before a case is brought to trial, there is a long indictment process. In a procedure called “papering,” police officers discuss every arrest they make with attorneys and then determine whether to proceed with charges or not. Most cases are not papered. In SODV, papering was one point in the process in which the cycle of domestic violence manifested itself clearly to me.

The papering process would often unfold like this: With the arresting police officer in the room, an attorney would call a domestic violence victim on the phone the day after her boyfriend or husband was arrested (of course, it wasn’t always the men who were arrested, but usually this was the case) to ensure that the victim wanted to move forward. The victim would then emphatically respond that the assault did not happen. It happened, the officer would mouth to us. Often, these victims had serious injuries. But because the victim was often the only person who could serve as witness to this type of domestic abuse, her unwillingness to testify meant that there was nothing the attorneys could do.

Second, TV shows and news media tend to disproportionately highlight the felony jury trials, the crimes that make for good prime time. While these cases certainly exist (in fact, I worked on several of them) the vast majority of cases in the courtroom are misdemeanors, lower-level crimes that usually end in plea deals. If misdemeanors are brought to trial, it is usually a “bench trial” in front of a judge, not a jury. Further, the sentences in these cases are often suspended, meaning the defendant does not serve any time in jail.

These misdemeanor courtrooms are incredibly busy and nothing like depictions of court on TV. Every morning, three of the prosecutors who I worked with would roll their briefcases across the street from our office to the courthouse and into the SODV misdemeanor courtrooms. The attorneys would spend the entire day in court, until around 2 or 3 p.m., until the day’s docket was finished. There was a rotating schedule that ensured that each attorney had days where they could sit at their desks and actually prepare their cases (most were working on more than 50 at a time). This schedule rotation meant that sometimes the attorney on a specific case was not in the courtroom when the case was called. To ensure that whoever was in attendance could handle the case, attorneys (and interns) prepared detailed worksheets for every case, which laid out the facts and provided status updates. In these misdemeanor courtrooms, several cases are scheduled for one block of time because it is rare that all of the necessary people for a case are in the room the first time a case is called, as defense attorneys often handle multiple cases in different courtrooms being called at the same time.

I learned a lot in this office, and there is a lot more I could say about the experience. I am so grateful to have been able to work with such experienced attorneys who are all incredible litigators and mentors deeply committed to finding the truth. Still, my time in this office raised more questions than it answered. Why are the overwhelming majority of defendants Black—I think I saw two white defendants all summer in Superior Court— when only 47.1 percent of D.C. residents are Black according to the 2017 U.S. Census? What is being done about that? How can we administer justice in a way that curtails recidivism? Is the criminal justice system capable of stopping the vicious cycle of domestic abuse?

There was one case in particular that raised significant questions for me. It was a felony sexual abuse case in which a man was charged with abuse of his female cousin, who had disclosed  the abuse years after the event happened. The case went on for several days, and then the jury came back with the verdict: not guilty. On the first day of this trial, I entered the courtroom and was surprised to see one of my co-workers from my job at the restaurant that I worked at on weekends. She is a law student at American University (AU) and was an intern for the defense attorney on this case.

I went to work at the restaurant the next weekend and was glad to see the AU student also working that night. Since the case was over, we felt comfortable discussing it. We had both not only watched it in court, but also reviewed the evidence and DNA results in detail, listened to the jail calls, and talked to the witnesses. She did have a chance to talk to the defendant, while I, as a part of the prosecuting side, did not. And yet, despite looking at the same information, she felt confident that he was innocent and that the jury made the right decision, while I felt confident that he was not; the verdict that his cousin, who decided to forgo her family ties to disclose the abuse, was telling the truth.

Was my perspective skewed? Was working 40 hours a week on prosecution making it impossible for me to recognize his innocence? Was she so imbued in his defense that she couldn’t see what I saw from the victim, which was what seemed like a credible statement with DNA evidence to back it up?

I think the word ambiguity is an apt one to characterize a lot of my experiences in court. There were certainly times when I felt completely confident that I was on the right side of a case, though there were other times when I was unsure. But, I think often about the picture frame in each SODV attorney’s office inscribed with the phrase “Start by believing,” reflective of the core principle in the division: Begin by taking victims of sexual violence at their word, and go from there. In my opinion, this motto is a good one because it assumes the word of the victim, but it also only prescribes the beginning of the action, leaving room for the rest of the evidence to follow.

For example, take the recent Kavanaugh-Ford hearings. Although Brett Kavanaugh was not being tried in criminal court, the rest of the evidence did follow Christine Blasey Ford’s original story: therapist notes, an incriminating yearbook, testimonies from friends. After watching Ford made out to be “confused,” I am even more sure of the importance of the kind of work I was doing this summer.

The bottom line, though, is that the criminal justice system is simply very complex, and I think the broader takeaway is that we have to accept the ambiguities where they exist. I’m glad I got a chance to talk my friend at AU because she put my beliefs and thoughts to the test, forcing me to think hard about my words and defend what I thought was right.