So Long, and Thanks for All the Hints 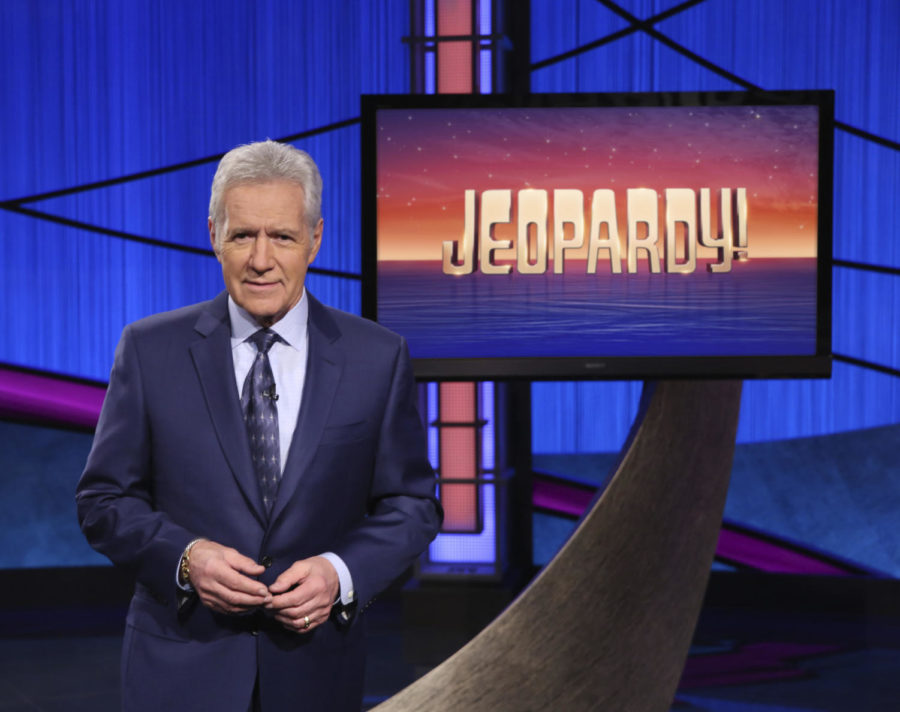 Alex Trebek delivered the same performance as always: a reserved (yet invariably witty) host who made each episode enjoyable to watch while never forgetting what made the show unique.

Alex Trebek was as much a household staple in my family as bread and butter.

Every night, without fail, I would sit down in front of the television with my mother and, for the next 22 minutes plus advertisements, we would do our best to outsmart whatever vagabond, mountebank, or straight-shooter had just been plumbed from the depths of American trivial ingenuity. We relished a right answer just as much as we did the palpable awkwardness of a contestant struggling to summon up one last mildly interesting fact about themselves in their sixth-consecutive taping, or the schadenfreude felt when Alex’s clipped, wry rebuke let a player know—beyond all shadow of a doubt—that their answer was not only wrong but possibly offensive to the very nature of the show itself.

But it was all in good fun. “Jeopardy!” was never mean-spirited; never boasted any artificially contrived tension; and, at the end of the day, never relied upon any gimmick, trick, or spectacle to keep you coming back for more. Taping after taping, show after show, season after season, Alex Trebek delivered the same performance as always: a reserved (yet invariably witty) host who made each episode enjoyable to watch while never forgetting what made the show unique. Its lack of pomp was a boon. It made the banal immediately arresting: every piece of information, no matter how seemingly unimportant, took on the cast of worldly importance. “Jeopardy!” enlivened everything it touched, including me.

Trivia inspires a thirst for life. In an essay, the cultural critic Walter Benjamin once wrote that “to renew the old world…. is the collector’s deepest desire when he is driven to acquired new things.” Much as the archivist is driven ceaselessly to expand his own collection, the trivia enthusiast (to describe myself in one of the most embarrassing terms imaginable) reconstructs the world only as quickly as one more disparate piece can be added to the overall puzzle. There is no well of information that might ever run dry, no fragment of existence, offhand remark, or footnote that cannot be studied more deeply and carried with you for life. If the world has long been fleshed out in broad strokes, then it is the minutiae of life that seek to give it greater depth.

“Jeopardy!” was one of the few ways I could discuss what I liked; it provided me an audience that was not only interested but passionate about the same things I was. None of my friends really cared about history, literature, or the minutiae that flow through everyday life like softly spilling waters—but Alex Trebek, my mother, and I made quite a committed trio. Whatever it was in the world that truly mattered to me would inevitably be rewarded with an appearance on “Jeopardy!”—less sure was whether or not I would actually answer any given question correctly. To this day, “Broadway Theater” and “World Rivers” remain my weak points. But the show was just as much about highlighting what you did know as what you didn’t; and how many times did I flounder during “Final Jeopardy!” only to have revealed to me some tidbit of knowledge that would see me leaping desperately through Wikipedia articles to find out more? The show assured me that what I was interested in was actually valid and that what I didn’t know was possibly even more intoxicating.

I use the qualifier “was” so frequently in this article because it is impossible for me to imagine a “Jeopardy!” without Alex; the show was just as much about him as it was the trivia. Knowing what to expect from Alex each night was a comfort in a time when so much else in my life was in flux. “Jeopardy!” was even the subject of my Common App essay. But even for the seemingly endless number of appearances he made, I realized in the course of writing this article that I really didn’t know all that much about the late Mr. Trebek. He was a vague Canadian, sometimes sported a sly mustache, and looked good in a dark suit. That was about it. His memoir came out this summer—I haven’t looked at it yet. I’m not sure if I will. It certainly appears strange to me to learn more about a man who seemingly prided himself upon only ever letting the public know so much. On the other hand, I’m sure there’s a wealth of trivia and a world of knowledge inside.

Alex Trebek, who hosted “Jeopardy!” for 37 years, died earlier this month from pancreatic cancer; he was 80 years old.