“We’ve done our best to push the [Earth Week] events to as broad of a digital audience as possible,” said third-year Terra Baer, one of Phoenix Sustainability Initiative’s co-presidents. 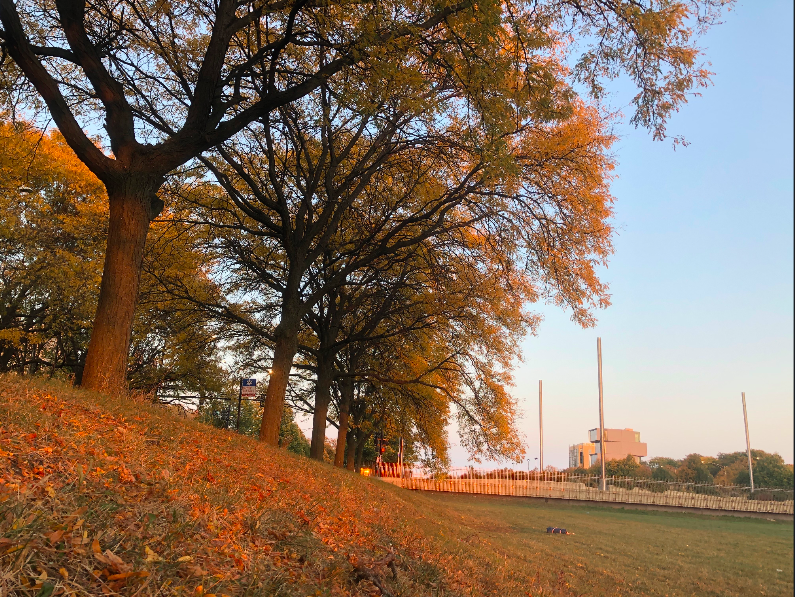 Last week, Phoenix Sustainability Initiative (PSI) hosted eight virtual events as part of a weeklong celebration of Earth Day, observed annually on April 22. The events at “Earth Week,” held from April 18 to 24, included a workshop to create beeswax wraps, a sustainability-focused Codenames game, and a competition to build structures related to Earth Day on Minecraft.

When PSI co-president and fourth-year Amy Tian first came to UChicago in 2017, she felt there was a lack of Earth Day–related programming that appealed to the entire campus. Earth Week, she said, provided an opportunity to expand the sustainability movement on campus. PSI had planned to launch Earth Week last year as a carnival-style event on the quad before the pandemic forced them to cancel.

“Each of our [project groups were] going to have little tables with engaging activities…that people just passing through would be like, ‘Oh, what’s this?’ and come learn more about sustainability,” Tian said of the cancelled programming.

Given the ongoing restrictions on in-person events, this year’s Earth Week had to be held remotely. Doing so did not come without logistical difficulties, however. In order to facilitate the event, PSI organizers had to fill out several forms, distribute materials, and ask the Student Government Finance Committee for more funds. The overlap of the stay-at-home order with the beginning of Earth Week also caused disruptions for PSI.

“When we originally decided to pursue this again in a remote format, we actually followed pretty much the same timeline that we did for planning as we did last year. But we soon came to realize that…we should have started way sooner because of all the remote stuff,” Tian said.

Despite the drawbacks of remote organization, the change in medium has allowed PSI to advertise Earth Week to a larger swath of the University population.

“People who follow our page on Facebook already probably are interested in environmental work in some capacity, so we’ve done our best to push the events to as broad of a digital audience as possible,” said third-year Terra Baer, one of PSI’s co-presidents.

Events like the Intro to Embroidering Small Designs aim to showcase more sustainable uses and reuses of small everyday items.

“That's something that’'s really small that really gets people thinking about how they [don’t have to] throw their old things away just because there’'s a little tear in something. And I like how they also had an embroidery aspect to it too. So you can now mend clothes but also upgrade them,” Tian said.

“People who participated will get to have the start of a mini home garden, hopefully with herbs that they can use themselves. So I think that event in particular was great because it had a communal, synchronous component, but [it] also extends beyond just this week and just that one event,” Baer said.

Outside of Earth Week, PSI project groups have been working on a number of projects on and off campus. Green Data has collected data on food and plastic waste from dining hall takeout programs. Science, Art, and Sustainability is launching a recycling and collection service for Amazon packaging in several houses within Woodlawn Residential Commons and organizing a speaker series focused on recent developments in ecology and climate science.

Meanwhile, the Campus Composting project group has received two grants through the University’s Green Fund, with one grant going toward an off-campus composting initiative and the other toward a pilot program for composting within campus dormitories. Baer said that the Green Fund grants were helping PSI with “breaking down a historic barrier” in discussions with University administrators.

“Before, [when] we would try to talk to administration, they would not be receptive,” Tian said. “The Green Fund really has an institutional aspect to it in that faculty and staff and students help read the proposals. I think that really helps make a connection with the administration [because] if a grant has a lot of good feedback on it, it’s something that they should consider.”

PSI is also working to build a new website, which Tian hopes will give a more permanent home to the resources PSI has posted on social media. These include infographics about donating excess food, tips for reusing household items, and a list of readings about environmental racism.

“Now there will be a more permanent place [for these resources] that people can continually go back to and reference on our website. I think it’ll be really exciting to have all of those materials and really showcase them, even once we’ve finished posting [them] on social media,” Tian said.