From attending model classes to touring the Oriental Institute, many families experienced a bustling campus for the first time. 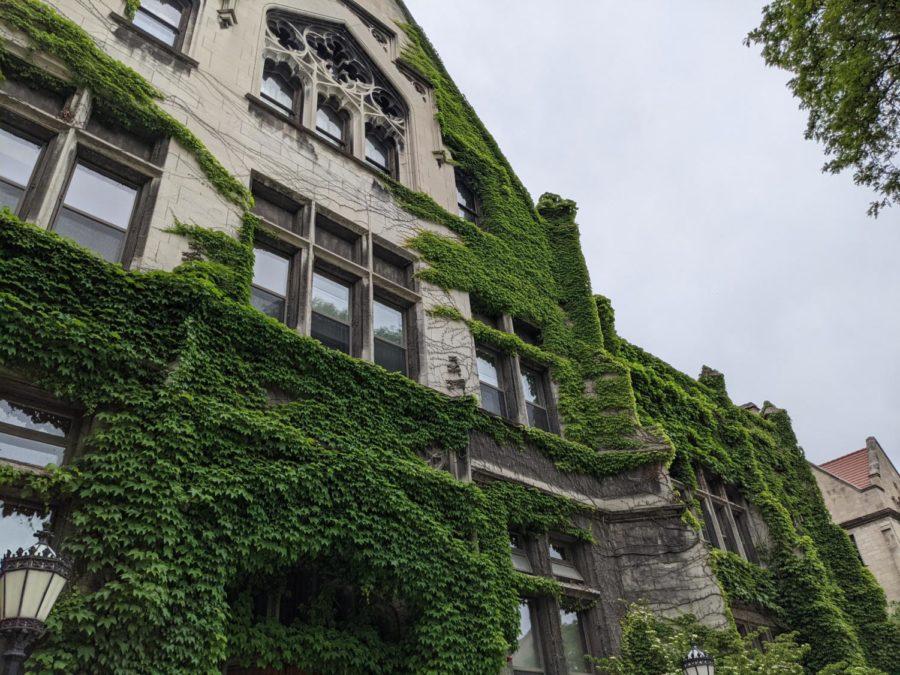 This past weekend, the University welcomed families for three days of homecoming festivities and saw a record turnout.

Director of College Programming and Orientation Preston Reilly said, “We are excited to share that this year’s Family Weekend had unprecedented attendance and included over 3,500 attendees.”

Additionally, the Class of 2024 and their families got to take part in the Presentation of the Class of 2024 Procession, a Covid-delayed UChicago tradition in which new students walk through the Main Quadrangles and under Hull Gate. Similarly, a special ceremony in Rockefeller Chapel recognized the Class of 2020, whose graduation was virtual due to the pandemic.

Guests over the age of 18 each paid a registration fee of $50 to attend the events, as they have in the past. Reilly explained, “The registration fees collected are used to help supplement the overall cost of the event. As you can imagine, reserving space, providing food and drinks throughout the event (including the Dean’s Brunch on Sunday), booking entertainment and neighborhood tours, and hosting large events like the Homecoming Block Party over a full weekend can be expensive.”

Given the lack of family events last year, Homecoming had a special meaning for parents of the Class of 2024, who were finally able to see their children’s class procession. Rashmi Chandra, a parent of a second-year student (P’24), called the event “a nice touch,” explaining that it resulted in a “feeling of camaraderie of being a part of this community.”

“We loved the class. The professor was a really high caliber professor [and] a very interesting person because of his knowledge,” Panteja said.

Equally exciting for Panteja was touring the University’s Oriental Institute, which was open to families for self-guided tours featuring interactive kiosks and activity cards. Families could also attend the special exhibition, “Antoin Sevruguin: Past and Present,” which marked the first time the Oriental Institute had displayed its collection of Sevruguin’s photographs to the public.

“It’s amazing. I was not expecting such a high quality museum [given that] it belongs to the University,” Panteja said.

The bus tour allowed students and their families to learn about the University, Hyde Park, and surrounding neighborhoods like Washington Park, Bronzeville, and Jackson Park. The experience was filled with South Side trivia about a large swath of topics, including architecture and housing; the Obamas; the Chicago World’s Fair; and, as any UChicago publicity event would have it, the first man-made nuclear reactor created under Stagg Field.

“What’s interesting about this college is [that] everything [is] of importance. The buildings are interesting. The people have a lot on their minds,” Cyr said.

In addition to attending events, parents also had the chance to catch up with their children. First-year parents enjoyed seeing their children after their first few weeks on campus.

“It’s nice seeing [my daughter] and [her] new habitat, especially now that [she] knows her way around,” Dana Roth (P’25) said.

“We’re excited to see our daughter after a month and to have a chance to take her downtown to some nice restaurants,” Stuart Roth (P’25) added.

Some students and parents felt frustrated by how busy students were while studying for upcoming midterms. Maisie Thompson ’25 said the timing was not ideal, as she had a paper due Sunday and a midterm later in the week.

“[We] were almost going to leave the campus [on Friday] without meeting [our son] because he was studying and he had to give an assignment,” Chandra said.

Despite the timing, families enjoyed the variety of opportunities. Panteja said on Saturday, “It is difficult to say what is [our] favorite [event], but we have enjoyed [the weekend] so far!”