“We are losing the power of our example. Part of the reason Putin and others are being so aggressive at the moment is because [the United States] is seen as weak and hopelessly divided,” said Fiona Hill. 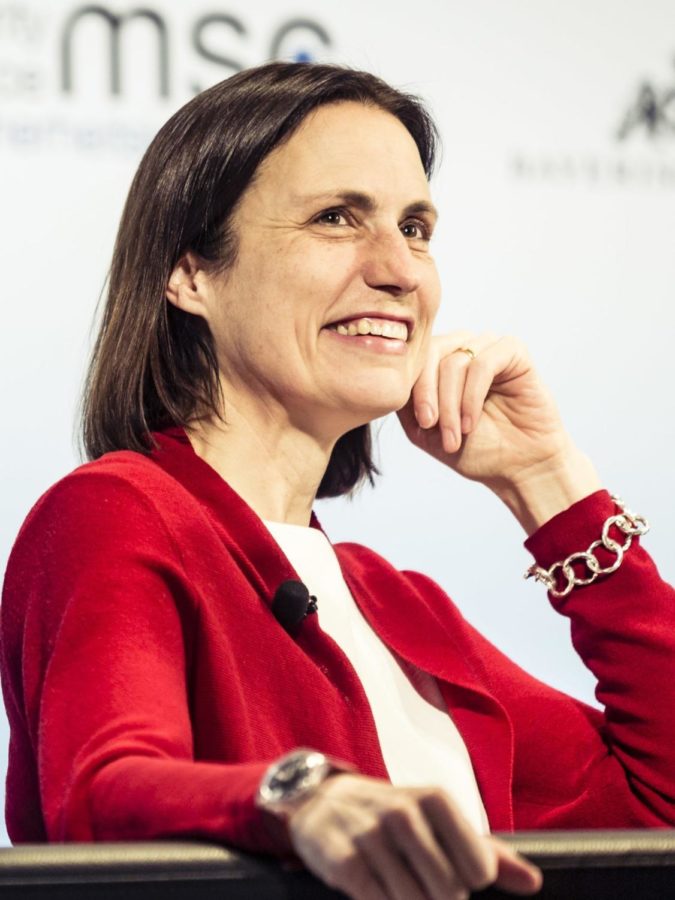 Former Institute of Politics (IOP) Pritzker Fellow Fiona Hill spoke with National Public Radio’s Mary Louise Kelly about Russian aggression in Ukraine and emerging sociopolitical similarities between Russia and the United States during a virtual IOP event on November 30. Hill’s appearance was part of a speaking tour to discuss her new book, There Is Nothing for You Here: Finding Opportunity in the Twenty-First Century.

Currently a senior fellow at the Brookings Institute and a member of the Council on Foreign Relations, Hill formerly served as an official on the U.S. National Security Council, specializing in Russian and European affairs. She also testified in a House hearing on President Donald Trump and Ukraine prior to Trump’s first impeachment.

Kelly began the event by asking Hill how worried the diplomat is about Russian troops massing on the border with Ukraine.

“Unfortunately, we’ve seen this many times before.” Hill replied. “Ever since the 1990s, Ukraine has always had [a] sense from a Russian perspective of being ‘the region that got away that Russia didn’t want to see going anywhere.’”

Russia, Hill stressed repeatedly, very well might go to war over Ukraine. Hill said that, to the Kremlin, the most independent outcome Ukraine can expect is pseudo-satellite status with Russia. If that cannot be achieved through diplomacy, Russia could use force.

“Perhaps that prompts the question,” Kelly said, “If force were to be used, what would the U.S. do about it? Is the U.S. willing to go to war to defend Ukraine?”

“The Russians are testing us, because they’re pretty confident [after] the annexation of Crimea in 2014 that the most we’re likely to do is to support the Ukrainians militarily [with] training and some equipment,” Hill said.

Hill explained that the United States’ foreign policy tends to be “eminently predictable, and part of that is because…we have a media which does hold government accountable [by] probing and pressing and trying to find out information. Putin can operate in a media vacuum in Russia [because] the press is on a fairly close leash to the Kremlin. Putin [and the Russian military] are basically free to act in the time and manner of their choosing.”

During the event, Hill discussed a growing similarity she saw between the contemporary United States and post–Soviet collapse Russia in the “nature of politics and polarization” in the two nations.

Hill explained that Russia slowly began to democratize under Mikhail Gorbachev in the late 1980s, but that with the fall of the Soviet Union and a major economic collapse in the 1990s, the Russian population began to associate democracy with turbulence and struggle. Putin, Hill explained, has played on this belief to create an image of democracy as deeply flawed, and has used that image to justify centralizing authority and strengthening his grip on power.

Hill described similar trends that have played out over the last 15 years in the United States. “Particularly since the Great Recession [in] 2008 and 2009,” she explained, “there’s been a greater polarization of U.S. politics [and] a degeneration of the two main parties…over a long period of time we’ve had more and more power [accumulate] in the executive and the executive branch.”

However, “there are a couple of huge differences [between the U.S. and Russia] which played out in the run-up to [and aftermath of] January 6,” Kelly pushed back. “We have a functioning media here and the courts—the third branch of our government—held…those two things are not true in Russia.”

But Hill believes that, though the results of the free and fair 2020 election were carried out, the United States has now set a dangerous precedent of challenging election outcomes. There’s a perception, Hill said “that our electoral system is filled with fraud…[when in reality] the amount of fraud in the U.S. system is…miniscule.”

“We are losing the power of our example,” Hill emphatically said towards the end of the event. “Part of the reason Putin and others are being so aggressive at the moment is because [the United States] is seen as weak and hopelessly divided. The Russians think that the United States is on the same path that the Soviet Union was on in the 1980s: a kind of glide path towards dissolution.”