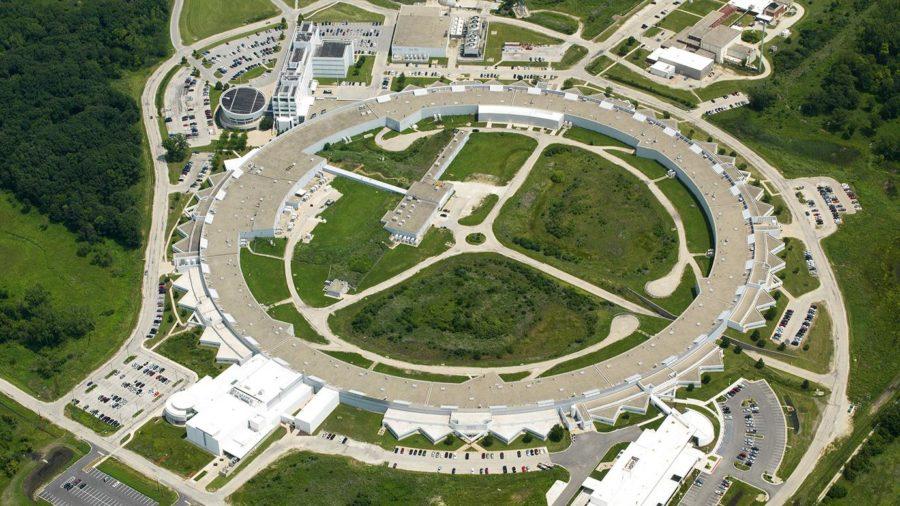 the University of Chicago

An aerial view of part of Argonne National Laboratory.

With the help of Argonne National Laboratory’s Advanced Photon Source (APS) facility, scientists at pharmaceutical company Pfizer developed the Paxlovid pill, the first oral antiviral given emergency use authorization by the FDA to treat mild-to-moderate COVID-19.

Paxlovid was found to reduce the risk of hospitalization or death by 88 percent when administered within five days of COVID-19 symptom onset. The FDA authorized the pill for emergency use in high-risk adults and children.

Argonne National Laboratory, located in a suburb of Chicago, is a research center that originally stemmed from the University of Chicago’s efforts on the Manhattan Project. APS is a user facility at Argonne with a circular X-ray ring that allows scientists to determine the three-dimensional structure of potential drugs and their targets. Pharmaceutical companies like Pfizer use this knowledge to decide what changes need to be made to their drug candidates so that they can be most effective.

The APS ring is divided into 34 sectors, including the Industrial Macromolecular Crystallography Association Collaborative Access Team (IMCA-CAT), an association of pharmaceutical companies using macromolecular crystallography for drug discovery and product development. IMCA-CAT’s work was at the forefront of the development of Paxlovid. Lisa Keefe, the executive director of IMCA-CAT, said that her team’s modeling of a drug and its target is important for creating precise medications.

Using an analogy of a lock and a key, she explained that in order to create a key, one must know not only the shape of the lock hole but also the structure of the inside of the lock. The same is true of drugs and their targets.

“We need to know how a potential drug is really interacting with the target and causing it to either change its shape or inhibit its action or whatever it is you’re trying to achieve,” Keefe said. Understanding the drug’s interaction with its target allows developers to make drugs more precise, ensuring they do not bind with unintended targets.

Keefe stressed that this technique is not a new one, but rather one her team has used with various pharmaceutical companies for twenty years, ultimately leading them to work on a plethora of therapeutics for many diseases.

“We can do the experiments so much faster at the Advanced Photon Source than the companies or any research lab can do internally. We can collect a set of data in 10 seconds, whereas it might take a couple of hours in the lab. Our throughput is exceedingly high,” said Keefe.

Pfizer’s access to such a high-caliber facility allowed for a breakthrough like Paxlovid. “I would emphasize how valid the resource is [and] how important it is for the Department of Energy to support Argonne National Laboratory and the Advanced Photon Source; as a user facility for academic research and industrial research, it is truly invaluable,” Keefe said.