Cage is a loose cannon cop on the edge...again

Nicolas Cage's performance meets all your expectations, and then some, in Werner Herzog's newest film. 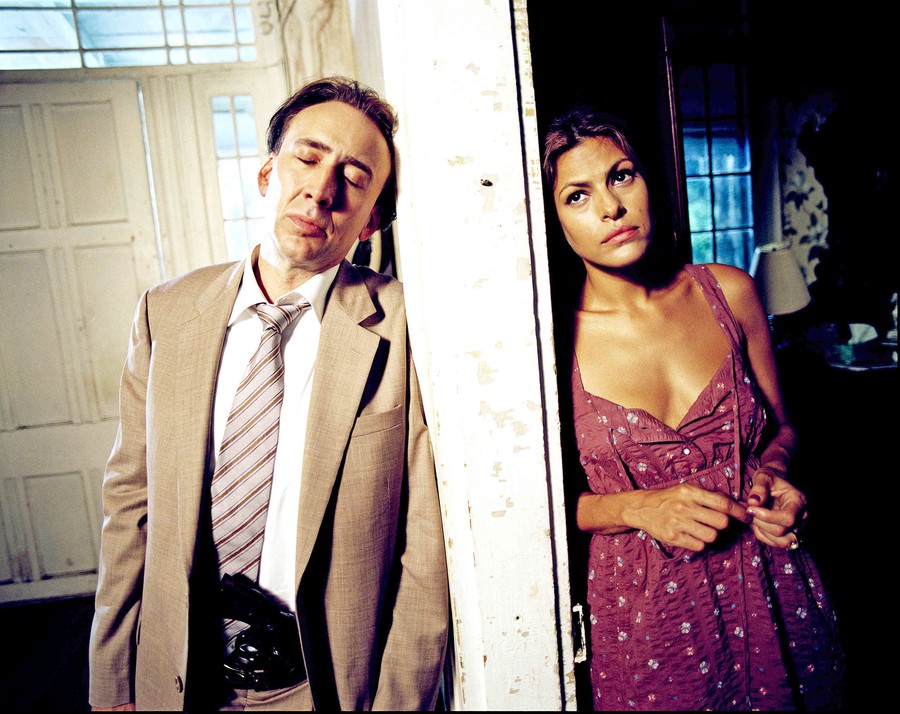 German filmmaker Werner Herzog’s résumé is long and varied, and his extreme directing style is legendary. Shooting in the dense depths of the Amazon and the freezing temperatures of the Antarctic, Herzog will risk total madness and even death for his films. Recently, he has been focused on documentaries, including Grizzly Man, one of the best this decade. Herzog goes a different, although equally bizarre, direction with the action-thriller The Bad Lieutenant: Port of Call New Orleans.

While many parts of the film demand to be taken seriously, the best one can do is leave them behind and appreciate the true farce that propels Nicolas Cage’s performance. The Academy Award winner has recently taken to such sorry roles as The Wicker Man, National Treasure, and Bangkok Dangerous, but here he seems back in form. He plays Terrence McDonagh, a post-Katrina New Orleans cop who is addicted to cocaine, and not reluctant to try marijuana, crack, or heroin every now and then. The film begins with McDonagh hesitantly rescuing a prisoner trapped in a holding cell by the Katrina flood. The injury he sustains in the line of duty earns him accolades, but also opens the door for his addiction to painkillers. The plot twists and turns with McDonagh’s fortunes falling and rising. But Cage plays the character on a consistently high note throughout.

Cage’s attitude is abrasive and violent, whether he is holding drug dealers at gunpoint, threatening elderly women, or snorting cocaine while behind the wheel. Even when the plot gets convoluted, Herzog’s strange touch keeps the movie grounded, letting the audience take a step back and watch Terrence go. A good thriller absorbs the audience into its story—Herzog realized that Bad Lieutenant isn’t a thriller. Herzog’s style is most apparent in the scenes shot from the point of view of iguanas. The scenes seem pointless, but they do a great job of breaking the tension, making the audience realize that they’re watching a movie, letting them relax and laugh at the ridiculousness transpiring on screen.

A film with such an absurdist plot needs strong acting to keep it level, and Eva Mendes does fine as Cage’s girlfriend, a high-end prostitute. Thankfully, Val Kilmer and Xzibit don’t derail the picture. Kilmer is at home playing a bad-boy cop who can’t follow Cage’s orders, and Xzibit is believable enough as a drug kingpin, though his cars have a baffling lack of televisions.

As the camera follows Terrence through post-Katrina New Orleans, his narcotic feeding frenzy finds him in luxury apartments, drug havens, and even at his childhood home. Each of these places reveals something about the characters that inhabit them, especially McDonagh. At home, his father is an alcoholic who seems unable to do anything but drink and fight with his wife, also an alcoholic. These characters interact not only with each other, but also with their past demons.

Surprisingly, Terrence is good at his job, which redeems his character to some extent. He consistently manages to be the only competent police officer in his squad, almost singlehandedly solving the five homicides while juggling a string of bad bets, a lost witness, and a tentative allegiance with a drug dealer who is the main suspect of the aforementioned homicides. Even if his lifestyle and actions are destructive, his police work is effective. Really though, it wouldn’t matter in the end if Terrence was a terrible policemen and buckled under all these pressures, because the audience gets to see Nicolas Cage threatening an 80-year-old women with a revolver.