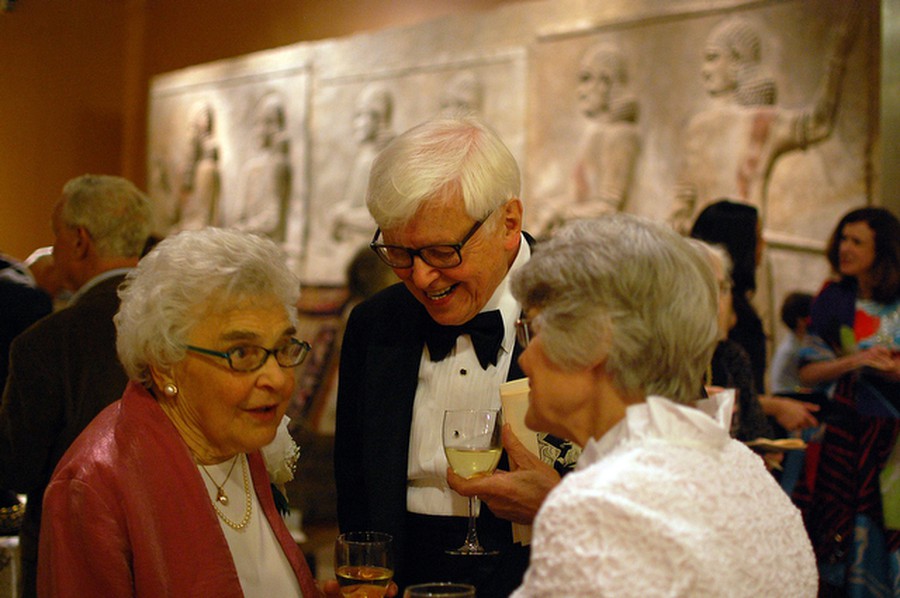 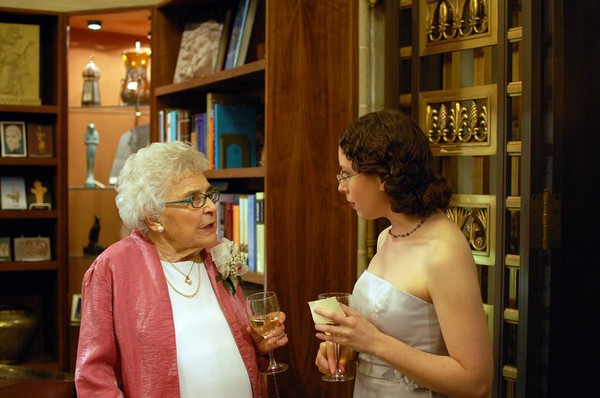 Matt Bogen / The Chicago Maroon
The Oriental Institute celebrated its 90th anniversary Wednesday evening with its annual Jubilee Gala, held throughout the museum. The evening included a benefit dinner, the world premier of an Oriental Institute film, a silent auction, and the presentation of the Breasted Medallion for exemplary service.

The recipient of the Breasted Medallion and honoree of the night was Rita Picken, a docent and museum volunteer for over 30 years, as well as a sponsor of the Robert F. Picken Nubia Gallery. The Medallion was named after James Henry Breasted, founder of the Institute in 1919 and the first American to earn a Ph.D. in Egyptology.

“I moved here in 1978 and it’s been a love affair with the Institute ever since,” Picken said. “There’s never a time on a tour where I don’t learn something new, whether it’s a different look at an artifact or if a visitor asks a new question.”

Picken still gives the occasional tour today. She also worked on the first Jubilee Gala, held in 1986, for which volunteers and staff transformed the entire gallery into a Middle Eastern souk for the night. She has been involved with every Gala since.

Oriental Institute Director Gil Stein summarized the mission of the Institute in his speech. “When an institution is 90 years old, it is very easy for it to become fossilized. I think it is a place that is constantly re-examining, rethinking, and reinventing itself,” Stein said.

Len Aronson, producer of the Institute’s new introductory film, gave a presentation on the Institute's history and future potential, as the Institute will help fund seven archeological studies this summer. In order to fund these and other projects, an auction was held for a dinner for 10 served on handcrafted Hieroglyph china by a Cordon Bleu-trained chef, an opportunity to visit an archeological site in Turkey for a week, and other items.

Among the Institute’s 300,000-piece collection are tablets from the Epic of Gilgamesh and the only fragment of the Dead Sea Scrolls in the U.S. Less than five percent of the Oriental Institute’s collection is visible at any time in its galleries.

The Breasted Medallion is the highest honor the Oriental Institute bestows.

Rita’s daughter, Kitty Picken, volunteered with her for decades. “The beauty of it is that it’s a small museum. You can come here and absorb it quickly,” Kitty said. “We can show a group of kids a movie, but when they come here they can look at the real-life artifacts. It’s a part of our heritage.”

That heritage was emphasized by all of the evening’s speakers. Provost Thomas Rosenbaum spoke on the U of C’s “struggles between application of theory and practice.”

“For 90 years, the Oriental Institute has mastered this interplay between theory and practice, and we get the value and the benefit of this interaction,” he said.