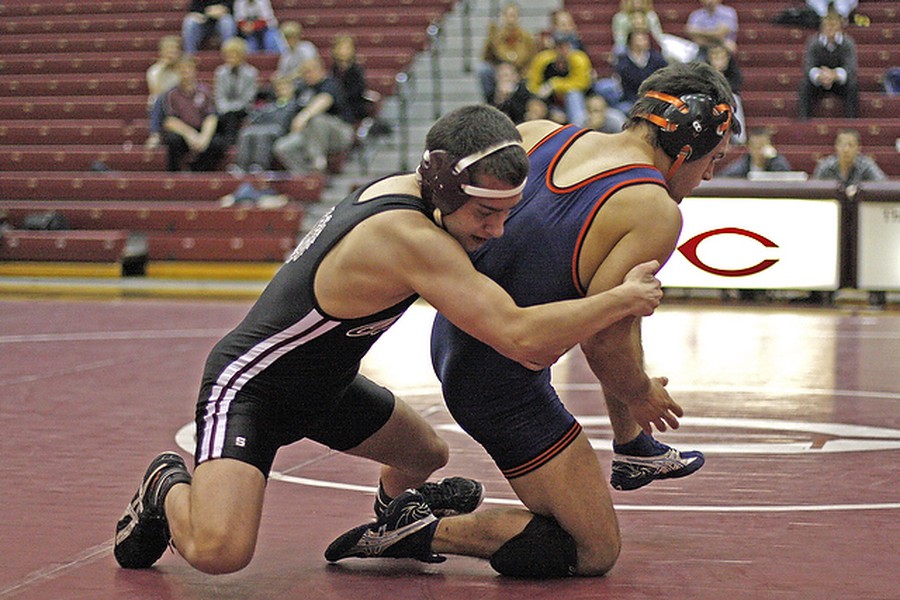 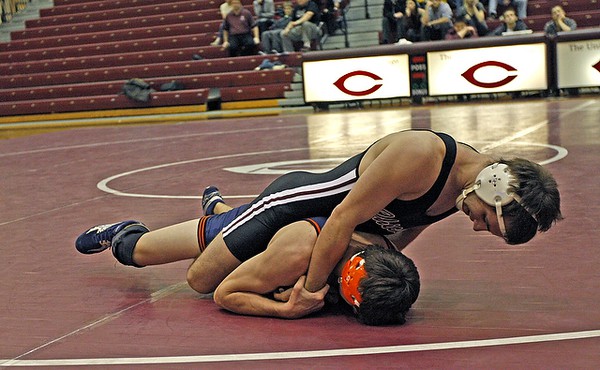 The wrestling team appears to be hitting their stride, winning duals this past week over Wheaton 49–10 and Augustana 22–16, and improving to 7–8 on the season. With the UAA Championships just over two weeks away, it is a particularly opportune time for Chicago to be wrestling at a high level.

While Wheaton was rather depleted heading into Tuesday’s match, forfeiting half of the weight classes, head coach Leo Kocher called the victory over Augustana “hard fought” and “more in line with what we can expect at the UAAs.”

The forfeits aside, the victory over Wheaton was sound. Of the five contested matches, Chicago won four, and of those four, three were won by technical fall or pin.

“[The win] did not tell us a lot,” Kocher said, in reference to the short-handed Wheaton squad.

Wednesday’s 22–16 victory over Augustana was a rematch of a dual from earlier in the season, which Chicago won 25–13. First-year Francisco Acosta showed signs of improvement against Augustana, pinning an opponent who defeated him by nine points in their earlier encounter, while third-year Ryan Hatten once again pinned his opponent. The win over the Vikings was the third consecutive dual-match victory for Chicago, as the Maroons closed out the week with zero pinfalls against them.

Fourth-year Spencer Burns returned to the team this winter quarter and has been a sparkplug for the squad with an 8–1 record.

“[Burns] quite frankly made us competitive enough to beat two nationally-ranked teams this year,” Kocher said, referring to Chicago’s wins over Cornell (Iowa) and Ohio Northern.

Perhaps the only player on the team currently outshining Burns is fourth-year Troy Carlson, who remains unbeaten on the season and is currently ranked third nationally. Carlson, the Maroons’ sole representative at nationals last season, is coming off a first-place finish at the Elmhurst Invitational on Saturday.

The big question for this team is how they will fare at the UAA Championships at home on February 6. While a lack of a direct competition against the other teams in the UAA makes predictions difficult during the regular season, Kocher is confident in his squad’s ability to take home a second straight conference title.

The success of the team will rely heavily upon the performance of five of their wrestlers who have qualified for the NCAA regional tournament in the past. Carlson, Hatten, and Burns, along with second-year Jimmy Schoettle and third-year David Kneisel, all have title hopes in their respective weight classes.

The expectations are particularly high for Carlson, who has won UAA titles in three different weight classes, and Hatten, who has won two UAA titles already in his career. Hatten’s record is currently 7–4, and Kocher called him the favorite at heavyweight with the UAA tournament 14 days away.

The Maroons have next week off before heading to Wheaton for an invitational tournament on January 29.