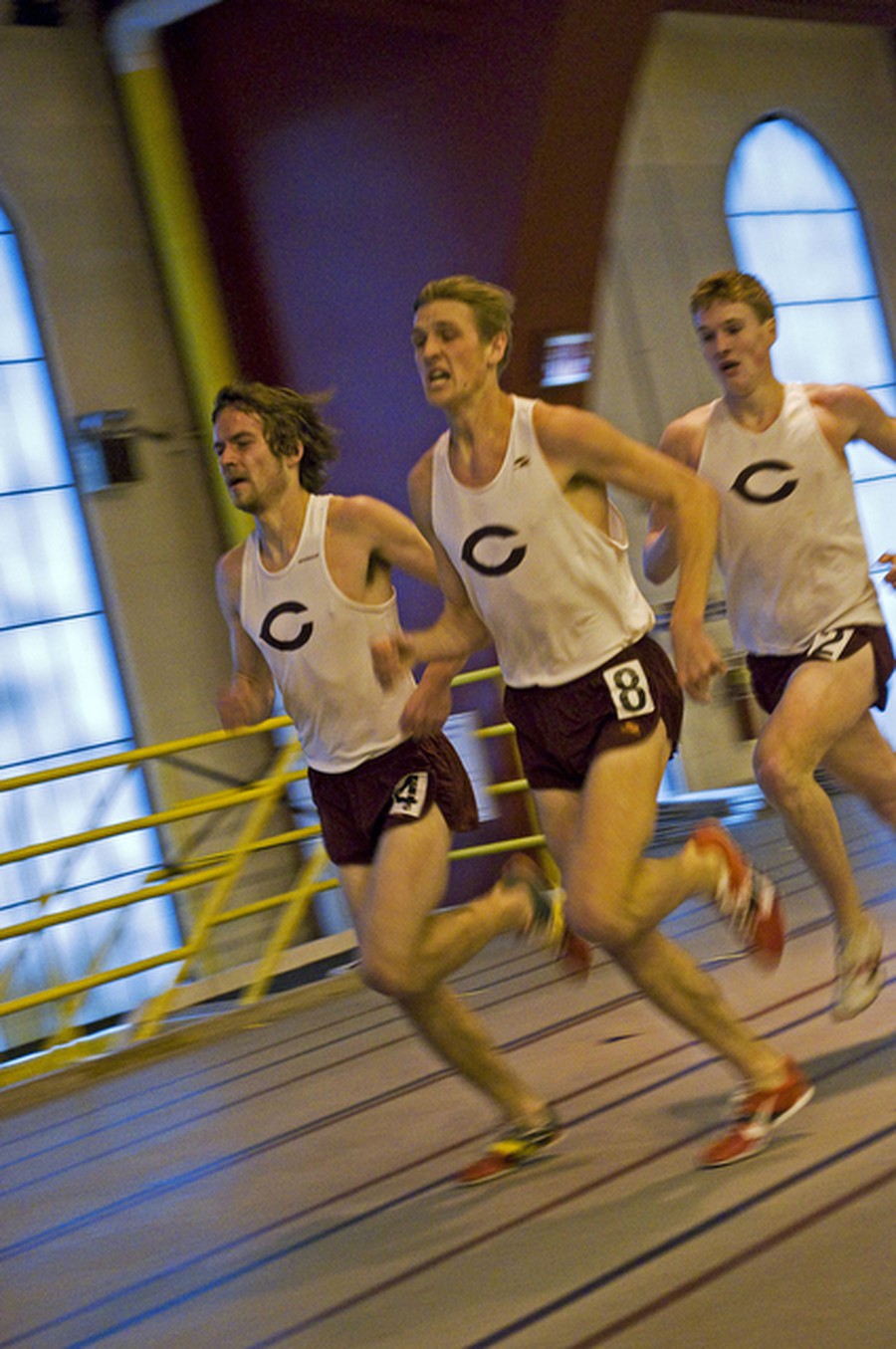 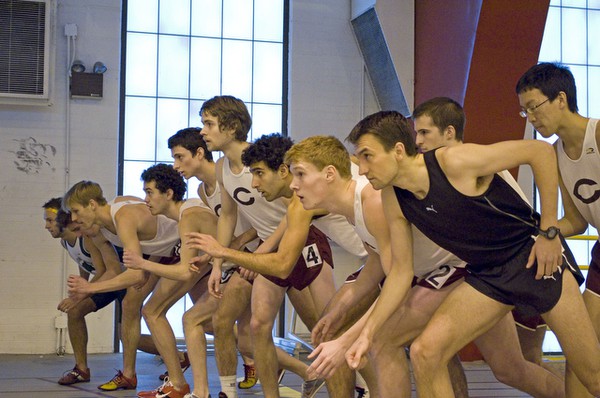 Undefeated this weekend and the best is yet to come.

The Maroons hosted the Chicago Duals this past weekend and both men and women came out on the top of the heap. There were some impressive individual performances that added some icing to the teams’ victories, as the Maroons defeated all nine visitors on the women’s side and all eight on the men’s. While this decisive victory is a reassuring benchmark for the season, the pervading sense on the team is that they will only be throwing farther, jumping higher, and running faster in the near future.

While it is impossible to have a solid track team without contributions from individuals, this team victory will give added incentive to work as a cohesive unit to keep the victories coming in the future.

“We don’t see track as an individual sport,” third-year Drew Jackson said. “The support of other teammates really helps with performances, and I think that has shown in how the team has performed at such a high level early in the season.”

That being said, the team did see some individual performances that are certain to draw the attention of our UAA rivals. Saturday saw yet another dominant performance from the women’s throwers with both fourth-year Claire Ray and third-year Kristin Constantine surpassing the NCAA automatic qualifying distance for the weight throw. Ray and fourth-year Nicole Murphy also hit the provisional NCAA qualifying distance in the shot put. The throwers have a clear lead on the UAA leader boards.

“After last week’s race, Coach Hall wanted me to shoot for around 10:15. Once the race started though, I got comfortable at that pace and after the first mile I realized what I was running and just went for it,” Lawton said. “I had said earlier this week I wanted to break 10 minutes, but I didn’t know if it would happen this soon. I can easily say I’ve never been happier about a race and more excited for what’s to come in a season.”

The mile run on the men’s side was certainly a highlight of the meet. Eleven of the top twelve finishers were wearing a maroon “C,” with the first non-Chicago runner coming in ninth. Second-year Brian Schlick’s winning time of 4:19.03 is currently the second fastest in the UAA.

“I think the team victory is giving us a good amount of confidence that should continue on to our meet at UW–Whitewater next week where the competition should be considerably stronger,” said first-year Chris Cheng, who placed second in the 800. “Overall I think the good performances on our team so far encourage everyone to work harder and strive to improve.”

What makes these times and distances most impressive is the fact that the athletes are currently going through the most grueling few weeks of their training. The fitness and speed gained in these few weeks will hopefully spur them on to victory come the ultimate goal of the season: UAAs and Nationals.

“As far as the workouts are concerned, we are building them up so that we should peak around our conference meet,” third-year 400 champion Ashley Eaves said. “So while we may not be [performing our best] right now, we will be soon. You could think of it as if ‘the best is yet to come.’”