Third-year wide receiver Dee Brizzolara caught a pair of passes for touchdowns and returned a punt for another as Chicago stomped on Denison to the tune of a 38–23 road victory. 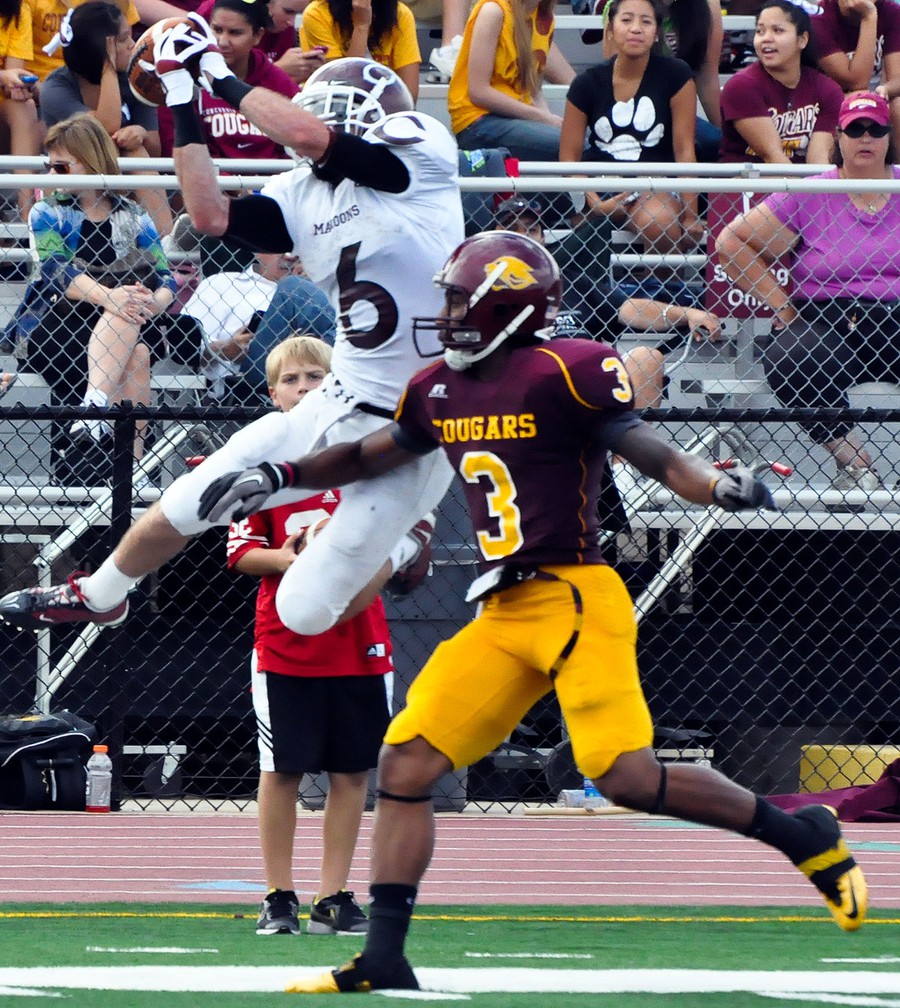 Brizzolara and the offense got going quickly, as third-year quarterback Kevin Shelton connected with the wideout for a 53-yard touchdown on the first play from scrimmage. Brizzolara’s punt return came early in the second quarter, and he caught his second score from second-year quarterback Vincent Cortina with 1:17 remaining in the first half to push Chicago’s lead to 11 points. Brizzolara surpassed former teammate Clay Wolff for the school record.

“The records are great, but the things you remember most about playing football are what you achieve as a team, not individual accomplishments,” said Brizzolara. “I look forward to seeing how good I can be when it’s all said and done, but more importantly how far we can go, and how good we can be as a team during my remaining time here.”

Third-year linebacker Alex Dzierbicki returned an interception for a touchdown early in the third quarter to further pad the Maroons’ lead, and Shelton ran for a touchdown from five yards out in the fourth quarter to cap the scoring. First-year running back Zak Ross-Nash led the rushing attack with 104 yards on 14 carries, including an electrifying 51-yard run to set up Shelton’s rushing score.

The Big Red was unable to keep up against the Chicago defense. The Maroons tallied seven sacks and 11 tackles for losses to go along with two interceptions and a fumble reception, thanks in part to a more aggressive approach early in the game.

“We brought a lot of pressure in the first half,” said third-year defensive lineman Nick Ross, who authored two of the seven sacks. “Once Denison responded, we switched up to more of a base defense to shut down their short passing game.”

The Maroons’ coaching staff has placed an increased emphasis on avoiding the mental errors that plagued them earlier in the season, and against Denison, it certainly paid off. Chicago only committed one penalty, compared to 14 last week against Ohio Wesleyan and seven the week before against Wabash.

“We spent a lot of extra time in the film room and doing walk-throughs to sharpen up the mental aspect of the game,” said second-year defensive tackle Mike Cifor, who also had two sacks. “We improved from last week but we still have a lot of work to do.”

Although the defense put up an impressive sack total and recorded three takeaways, they are still working on preventing opponents from reaching the end zone.

“It’s always nice to force turnovers and sack the quarterback as many times as we did, but the bottom line is that we let up 23 points against a very mediocre offense and we are looking to improve on that,” said Dzierbicki, who also picked off a pass in the first quarter to set up a field goal. “We should not count on the offense to put up 38 points on a regular basis, so we need to give up fewer points.”

“As we move forward, we believe as a defense that we have yet to play a truly dominant or complete game from beginning to end,” Cifor said. “We are going to look back at the film of our first six games and find out what mistakes we are making to improve as a defense and get ready for UAA play.”

Chicago has a bye this week. The Maroons look to extend their winning streak to three against Kenyon on October 22 in their homecoming game.