If Saturday’s UW–Oshkosh Invitational at Lake Breeze Golf Club in Winneconne, WI tells us anything, it’s that the men’s cross country team is hitting its stride as it approaches the UAA Championship on October 29, while the women’s team still has some work ahead.. 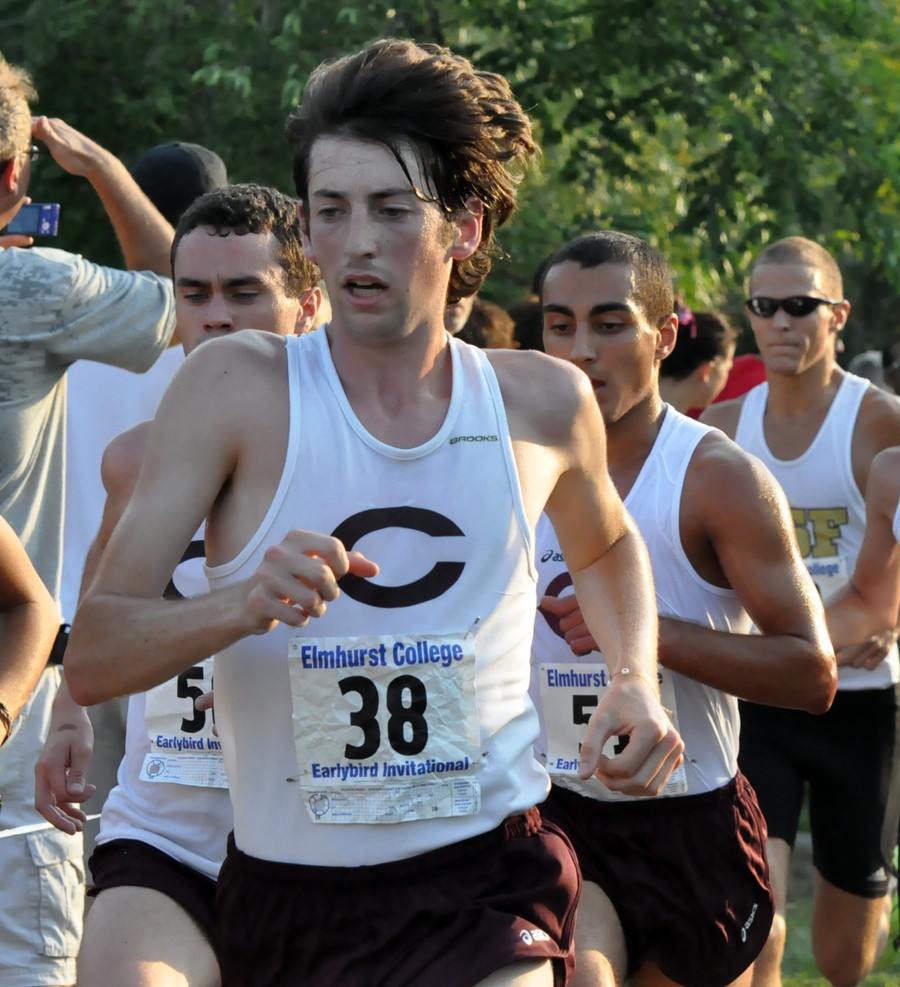 If Saturday’s UW–Oshkosh Invitational at Lake Breeze Golf Club in Winneconne, WI tells us anything, it’s that the men’s cross country team is hitting its stride as it approaches the UAA Championship on October 29, while the women’s team still has some work ahead.

Top-50 finishes by third-year Isaac Dalke and fourth-years Billy Whitmore and Mahmoud Bahrani, along with strong performances by Daniel Povitsky, Brian Schlick, and the rest of the South Siders, led to a sixth-place finish for the men. Chicago had to overcome windy conditions, with gusts of up to 25–30 mph creating a difficult racing environment.

“It was a positive step forward for our team,” said Head Coach Chris Hall. “We went into a great field and did better than what other people would have predicted we would have done.”

Brian Wille, a fourth-year on the team who finished with a time of 26:39, described the implications of Saturday’s race.

“It really is a preview for the national meets, and shows us what we have to do and how we have to perform in order to make it to the NCAA meet at the end of the year,” Wille said. “It will act as a confidence booster, because we know we can compete with these teams.”

While Oshkosh reinforced the dominance of top teams like North Central (Ill.) and UAA rival Wash U, it also cast a positive light on Chicago’s postseason aspirations.

“It’s really exciting because I don’t remember the last time that we’ve beaten NYU in a race before,” Wille said. “It helps that we know we can perform well, and hopefully beat teams like NYU and Emory, and at least put up a good fight against Wash U.”

Despite an impressive ninth-place finish by fourth-year Rachel Ohman and a top-50 finish by fellow fourth-year Jane Simpson, Oshkosh left the Maroon women disappointed, frustrated, and upset. They finished 12th behind the likes of UAA rivals Wash U, Emory, and NYU.

“We were disappointed. Our girls are better than what they showed this past weekend,” Hall said. “I think our women need to evaluate what they need to do go--ing forward, and they’re doing that.”

Julia Sizek, a third-year who finished the 6,000 meters with a time of 24:04, hopes the team will use Saturday as motivation.

“I think the important thing is that it reminded us that we do have to put in a lot of work in order to be successful as a team,” Sizek said, “and that we do need to work harder to prove our ranking.”

Ali Klooster, a fourth-year, said, “I think we realized that we really need to get hungry now. We can’t just wait for results to come to us; we have to make stuff happen.”

Although Hall says that he was excited about the men’s performance, he realizes that they still have room for improvement.

“Looking at the results afterwards, we still don’t think we’ve had our best, which is great,” Hall said. “We still believe that we can run better, and hold out, and hopefully contend with the other teams that were a little bit in front of us, as the season goes on.”

According to Wille, the team’s experience running at Oshkosh was helpful this weekend, and could be help out if the team returns to Lake Breeze for the D-III National Championship on November 19.

“It ran a little bit slowly because of the wind, but we have run that course a lot,” Wille said, “so I feel like we know exactly where we have to run fast, exactly how that course has to be run in order to perform well.”

Both teams will compete this Saturday at the North Central Cardinal Open in Naperville, Illinois. The following weekend is the UAA Championship, the first meet of the postseason for the men and women.

“We felt all along that we could have a team that could perform really well at conference. This is an elite conference, and we highly respect schools like Wash U, NYU, Carnegie Mellon, Brandeis,” Hall said, in regards to the men’s team. “We’d like to think our team could finish number two in its conference if everybody’s running their best.”