At long last, a win. Chicago (6–6–2) defeated Concordia (3–13–1) yesterday by a score of 4–0. The game was a one-sided affair most of the way, with Chicago controlling the tempo throughout. 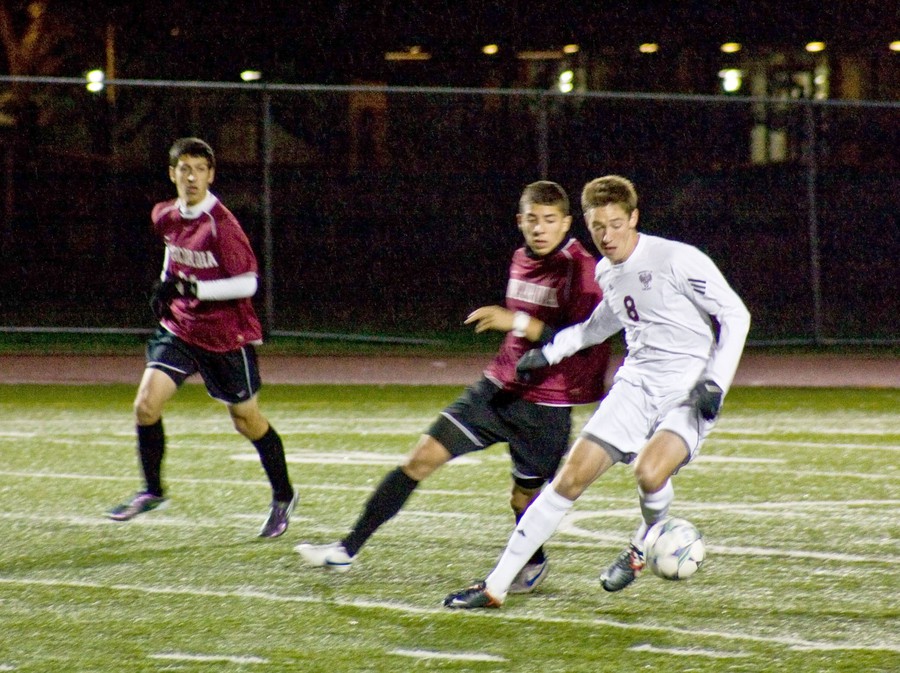 At long last, a win. Chicago (6–6–2) defeated Concordia (3–13–1) yesterday by a score of 4–0. The game was a one-sided affair most of the way, with Chicago controlling the tempo throughout.

Chicago drew blood first, with a goal from fourth-year midfielder Alan Pikna in the 13th minute, his fifth on the year. In the 37th minute, after heavy pressure from the Chicago offense, fourth-year Stanton Coville sent a rocket into the net from 10 yards out from the left side of the box, and the Maroons headed into the locker room with a comfortable 2–0 advantage.

Chicago wasted no time in the second half. Just 39 seconds in, Coville beat the Concordia goalkeeper low on a pass from first-year forward Kyle Kurfist, his second assist of the night. Coville, one of the highest goal scorers in the UAA, now has eight goals this year. He needs just one more goal to tie his season career-high of nine, which he set in 2009.

Coville’s night wasn’t just on the finishing end. In the 51st minute, he slipped a pass past a Concordia defender to third-year midfielder Steven Chase, who put the ball in the back of the net for his third goal of the year.

The win ends what has been a gut-wrenching five game losing streak for the Maroons. Each game during the streak was decided by a single goal.

On Sunday, the Maroons will play against UW–Whitewater, a traditionally powerful program. Chicago has a long personal history with UW–Whitewater, as games between the two over the last couple of years have been nail-bitingly close.

“Every game has been a one-goal game. Last year, it was in the last three minutes we lost 1–0 at their place. The year before that, I think we gave up a goal in the last second to lose 2–1. It resonates a lot deeper with us,” said fourth-year defender Rashad Masri.

This weekend will also be the first that the Maroons will get to spend at home after two consecutive weekends of trips across the country. Last week the team flew to Boston and then drove to New York before flying back home, arriving back in Hyde Park late Sunday night. “The traveling, I guess, is wearing on us,” said Masri.

“It changes it up a little bit and gives us something different,” said Coville about getting the opportunity to play at home. Like Masri, Coville emphasized the importance of the game against UW–Whitewater, in particular for the fourth-years.

“Whitewater is a team that a lot of us particularly are out to get. We haven’t beat Whitewater since we’ve been here, so it’s a special game,” Coville said.