Morgan Buerkett was remembered by hundreds of family and friends in a somber ceremony held in the Ratner Athletics Center Monday night. 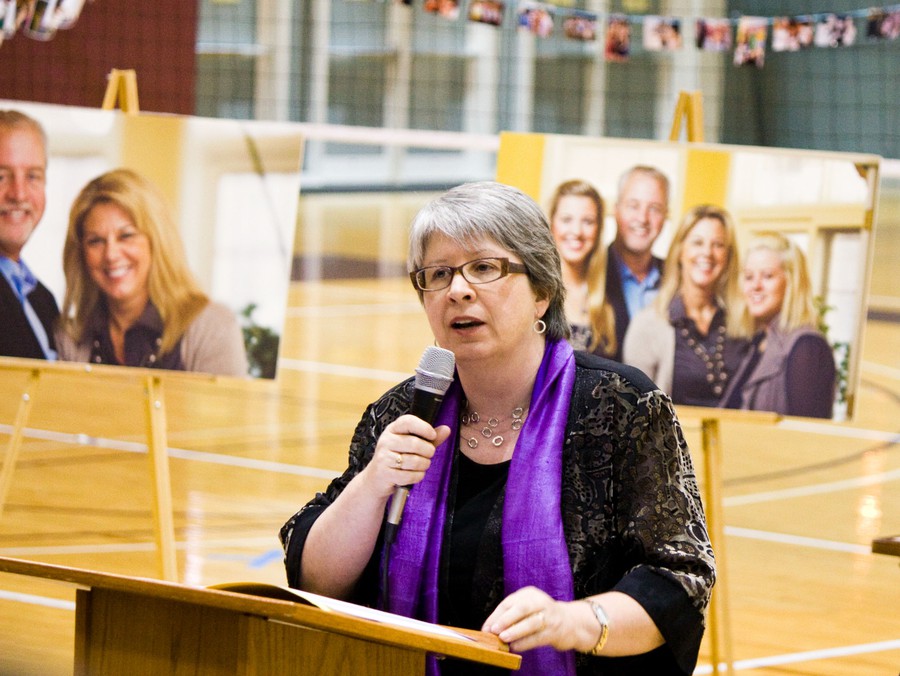 Morgan Buerkett, a rising second-year who died in a plane crash over the summer, was remembered by hundreds of family and friends in a somber ceremony held in the Ratner Athletics Center last night.

Buerkett was traveling with parents Jon and Dana and two family dogs to Florida for a training camp when the private plane crashed shortly after takeoff. No one on board survived the crash.

Volleyball Coach Vanessa Walby said that Buerkett’s ambitious and hard-working personality made her stand out during recruitment season.

“She was the type who wanted to be successful at everything that she did,” Walby said.

Second-year Katie Huntington, Buerkett’s roommate and volleyball teammate, recalled one of her first memories with Buerkett during volleyball practice. When Huntington was afraid that she wouldn’t be able to complete exercises, Buerkett reassured her that even if she passed out in the middle of the sprint, Buerkett would drag her across the finish line so that Huntington could say she had finished.

“Morgan became so much more than just a roommate,” Huntington said.

Buerkett had a strong presence in DG, where she met fourth-year Sarah Herlihy. Herlihy was Buerkett’s “big sister”—an upperclassman entrusted to welcome a new member to the sorority.

“Morgan was the best little [sister] I could ask for,” Herlihy said. She recounted a time that the pair had jokingly signed up for an account on the online dating service eHarmony after seeing an advertisement for it. Buerkett joked that she was going to wait for an e-mail from her “Prince Charming,” whom she would meet on the site.

Second-year Kelsey Peterson, Buerkett’s friend on the soccer team, affectionately called Buerkett “the soccer groupie” and said Buerkett “never took anything too seriously.” When Peterson and Buerkett filled out an apartment application Buerkett wrote that her relationship to her future roommates was simply “besties.”

Buerkett’s wisdom was remembered by her sister Ashley Buerkett, who at 5’6’’ would call her younger sister her “big sister” not because of the obvious physical height difference but because she “looked up to her a lot.”

At the end of the year, when Morgan was asked by Walby whether she felt that she had made the right decision in choosing the University, Buerkett replied, “I love it. I can’t believe it took me so long to make my decision. I cannot imagine myself anywhere else.”