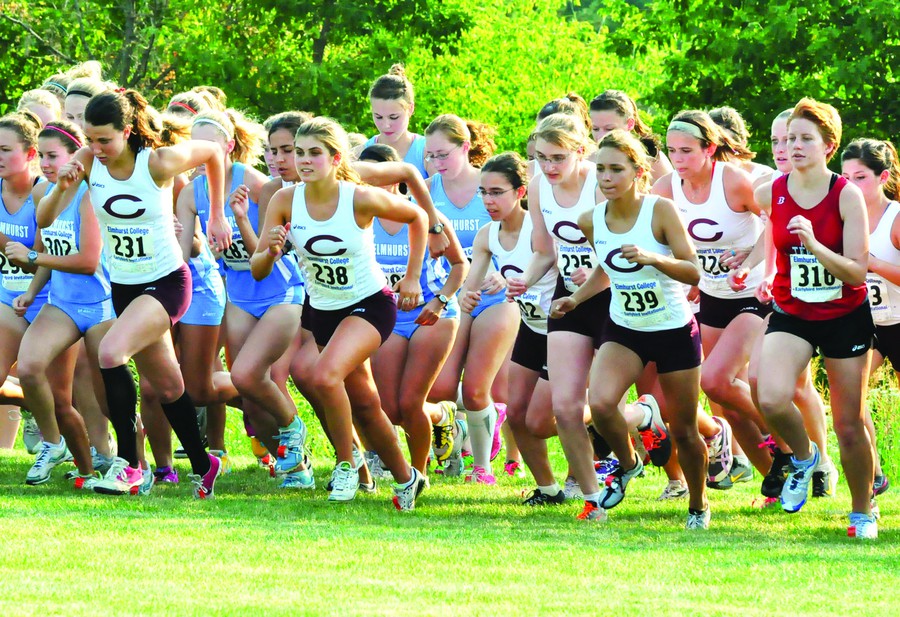 For the men’s and women’s cross country teams, Saturday’s UAA Championship comes at a critical juncture, two weeks before the NCAA Regional Championship. The University of Chicago hosts this year’s event, which will take place at Montrose Harbor on Lake Michigan.

“I’m very excited to have the UAA meet at home,” third-year Julia Sizek said. “It is really nice to be able to have people cheering for you at a race, and I hope that UChicago students can rally from the midterm blues, and come and support their fellow Maroons this weekend.”

It will be a significant meet, as it will determine the team’s attitude going into later postseason meets. “This is the official start of our championship season, and the UAAs are an extremely important meet to us,” Head Coach Chris Hall said. “We expect to elevate this weekend and for this to be a springboard into the final meets of the season.” Even for the Chicago men, who are ranked 10th in the country, and the Chicago women, who are ranked 33rd, Saturday’s race features serious competition.

The men’s field contains three other top-35 teams: #3 Wash U, #15 NYU, and #27 Rochester. On the women’s side, there are four other top-ranked teams: #2 Wash U, #19 Emory, #26 NYU, and #35 Case Western. “Wash U and NYU should be the toughest competition for our squad in this UAA meet,” second-year Daniel Povitsky said. “However, the UAA is such a strong and deep cross-country conference that teams like Brandeis and Carnegie Mellon could also pose a threat for the 2–3 team spots in the race.”

“It is a good opportunity to compete against some really great competition, and that will help as a whole. We also like to do well at conference and would love to do well in Chicago,” Sizek said.

One factor that will affect this weekend’s race is the size of the field. “This time, the field of runners will be small,” third-year Billy Whitmore said, “which tends to make a race feel more tactical, in terms of team scoring.”

Another factor: the location. “Having the UAA Championship at home provides our team with a slight advantage over the other teams. We have raced this course many times before,” Povitsky said, “so we are familiar with the tricky spots and tight turns as well as the places on the course where we should start making moves.” Fourth-year Brian Schlick wants a large crowd for Saturday’s race—Chicago’s only home meet of the season. “Hopefully we will get a lot of people out there supporting us. UAAs are an odd meet since most of the schools fly in to compete so no one besides us will have cheering sections,” Schlick said. “Hopefully we can use that energy to our advantage and have a great day.”

Sizek knows her strategy for the race: It’s all about the team. “I am planning on going out aggressively,” Sizek said, “to ensure that I can support my teammates through at least the first two miles of the race.”

Povitsky described the team’s pre-championship mindset: “The team is confident heading into this race. We are a rather experienced group of guys with most of us third-years and fourth-years, other than myself, a sophomore, and Renat Zalov, a freshman,” he said. “We have all raced in a championship-caliber meet before so we know what to expect. We are looking to back up our #10 D-III National Ranking and prove we belong in the NCAA meet in three weeks.”

“Our goal is to finish at or near the top of the UAA. We need to run ‘smart’ during the race, though,” Whitmore said. “This entails moving up at the right times and being consciously aware of other competing teams in the mix.”

It’s been nearly a decade since Chicago has hosted the likes of Wash U, NYU, Brandeis, and Carnegie Mellon for the XC conference championship. The athletic department is excited. “The goal of hosting is always to provide the best possible experience for the competitors. This is true whenever we host an athletic event,” Rosalie Resch, associate athletic director, said. “This venue provides a great view of the city, and we are confident that it will be a very competitive event.” Thomas Weingartner, Chicago athletic director, believes that the event will be successful. “Thanks to Coach Resch,” Weingartner said, “we host these kinds of events—whether they be UAA or NCAA championship competitions—about as well as anyone in D-III.”

“Everyone is getting really excited for this meet. To put it bluntly, we have performed rather poorly the past few years at UAAs, and hopefully we can end that streak this weekend,” Schlick said. “We have a much stronger team than we have had in the past, so it should be an exciting weekend.”