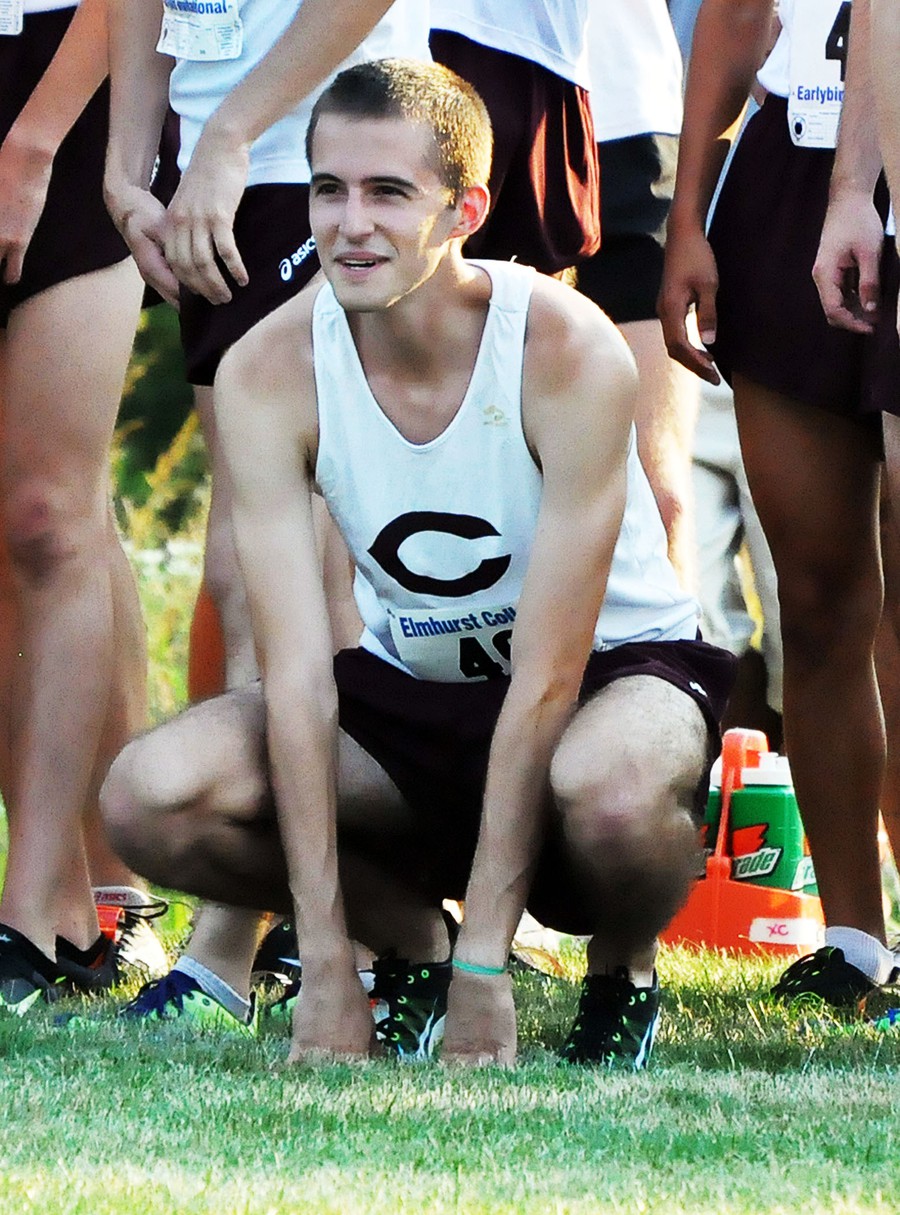 It all ended at Oshkosh.

The 2011 cross country season came to a close for the women’s team and men’s runner Bill Whitmore this Saturday at Lake Breeze Golf Course in Winneconne, WI, the site of the 2011 NCAA D-III National Championship, hosted by UW-Oshkosh.

The scene at the event: remarkable.

“The atmosphere was spectacular. The NCAAs has a special type of electricity in the air as the most elite in the country get to perform against each other,” Head Coach Chris Hall said. “Really a wonderful experience for all involved.”

And the results: intriguing.

Whitmore, a third-year and the lone men’s participant for UChicago in the event, ran the 8,000 in a time of 24:19.20, crushing the previous school record of 24:32 set by Ryan McCarl at the very same course. And his finish: seventh in the nation. He is a 2011 All-American.

“I feel like I performed above my expectations. At the start I was nervous, but once we got started I stayed calm and stuck to my normal racing strategy,” Whitmore said. “The atmosphere was intense, people were literally shouting in your face the whole time.”

“I could not have been more pleased with how Billy ran throughout the 2011 season and feel he exceeded even his expectations at the NCAAs. I was confident he would compete at a high level last weekend, as Billy thrives on competition,” Hall said. “He enjoys the opportunity to test himself against the best and typically rises to the occasion.”

The women’s team, as a whole, had a not unexpected, but still somewhat disappointing, finish: 27th. The team was ranked 24th in the USTFCCCA National Coaches’ Poll heading into the race.

For some, Saturday’s race was a learning experience; for others, it was a time to thrive.

“While I feel our women raced better last week at the Regional Championships, I did feel they competed as hard as they could this race. We would have liked to place higher, but the opportunity to get back to the NCAAs for a second consecutive year was already a special accomplishment,” Hall said. “Those that were in the race in 2010 ran very well this past weekend while the others had a great learning experience that I expect will allow them to compete at a much higher level in the future.”

Julia Sizek, a third-year on the women’s team, agrees.

“Looking back at the National Meet, it was really exciting and fun to go although we did not achieve all of the goals that we had set,” Sizek said. “Overall, it was a really fun experience and we hope to go again in future years with both our men and women’s teams.”

“Rachel Ohman clearly had a great day to finish her collegiate cross country career as an All-American,” Hall said. “Her having her best ever race was a real highlight for the women’s team this past weekend.”

Athletic director Thomas Weingartner praised both the women’s team and the top finishers for their performances at the National Championship.

“We’re immensely proud of both our two All-Americans and our women’s team,” Weingartner said. “There are about 445 D-III teams across the country so these are wonderful accomplishments.”

UAA conference rival Wash U claimed the women’s title with a score of 70 points, soundly defeating second-place Middlebury by 41 points and third-place Williams College by 83 points. The Chicago women also finished behind UAA rival Emory, which finished 24th with 516 points. The Maroons finished with 603 points, ahead of another UAA competitor, NYU, which finished 30th with 734 points.

“As a team we didn’t do quite as well as we might have hoped,” fourth-year Jane Simpson said, “but our focus this season was more on qualifying for Nationals than our performance there.”

The other women who scored for the women’s team were second-year Michaela Whitelaw, fourth-year Sonia Khan, third-year Sarah Peluse, and fourth-year Jane Simpson. Rounding out the top seven were third-year Kayla McDonald and second-year Elise Wummer.

“There were definitely some successes at the meet, as Rachel and Bill both were All-Americans,” Sizek said, “and a couple of the girls also ran personal bests.”

North Central (Ill.) took home the men’s national championship, finishing ahead of Haverford and, from the UAA, Wash U. Other men’s UAA results included NYU in 19th and Rochester in 22nd.

Individually, Whitmore finished behind national champion Ben Sathre of St. Thomas (Minn.), Lee Berube of SUNY Geneseo, John Johnston of St. Lawrence, Tim Nelson of UW-Stout, Matthew Perez of North Central (Ill.), and Kevin McCarthy of Wabash. He was the top UAA representative in the field, finishing three spots ahead of Michael Burnstein, a fourth-year from Wash U.

“My goal this summer was to qualify for the National meet. Although I had to make some sacrifices to achieve this goal, the end result was that much more enjoyable,” Whitmore said. “Being an All-American justifies the hundreds of miles put in over the summer months. I am proud to have represented my team and the University at NCAAs.”

As the teams look ahead to the indoor track season—the first meet is the UW-Oshkosh Dual at home on January 14—the future looks bright.

“Both our men’s and women’s teams had very good seasons. I don’t see a lot of fatigue in our teams and believe they will quickly refocus on track season after a couple of down weeks,” Hall said. “We have a high level of confidence right now and higher goals then ever.”