Over 180 students and Chicagoans filled the Cloister Club to hear Huerta talk about "Youth in Action," the theme of the night. 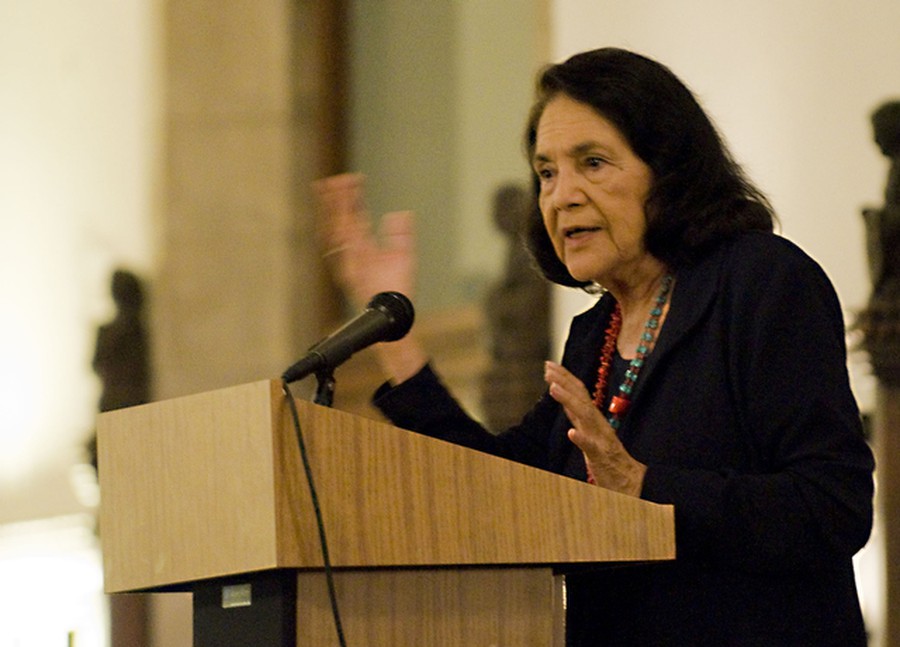 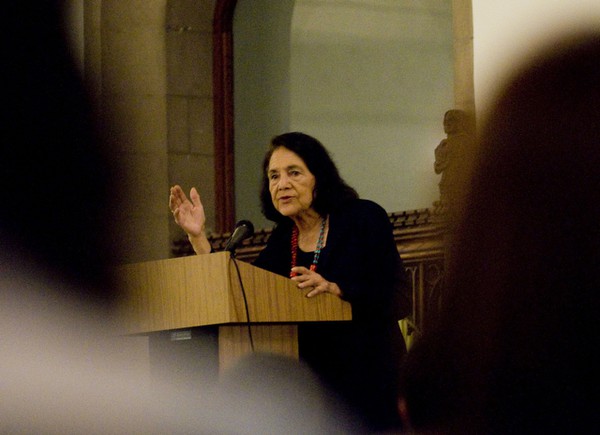 To chants of “¡Si, se puede!” labor leader Dolores Huerta asked U of C students and Chicagoans gathered in Ida Noyes Wednesday to take a stand on social issues.

A group of around 200 filled the Cloister Club to hear Huerta, a prominent Mexican-American social activist and co-founder of the United Farm Workers of America (UFW).

In her 40-minute address, Huerta reflected on the accomplishments of Latino activists, but made clear that their work is not complete.

“The best legacy we can leave for our children is social justice, justicia social,” she said, translating key points into Spanish every few sentences. She also expressed blunt criticism of conservative politicians and free trade, particularly NAFTA, which she claimed put Mexican shop-owners and farmers out of work. “I call it ‘economic colonization.’”

Keeping with a theme of “Youth in Action,” Huerta asked of students, “how are you going to use knowledge to make the world a better place? That’s what it’s all about.”

She also addressed Chicagoans specifically, citing the 1886 Haymarket riot as a crucial precedent to the organized labor movement, and challenged all Chicago residents to “spread the good work” of social activism.

Huerta’s career first garnered national interest in 1962, when she founded the UFW with César Chávez. Since then, she has received attention for her public criticism of free trade agreements, her support of feminism and open immigration policy, and her continued involvement with organized labor.

Sallas credited Huerta and Chávez with “lifting struggling farm workers from the bottom of the economic ladder,” and praised their contributions to the American Latino population.

Her visit was part of César Chávez/Dolores Huerta Commemoration Week 2011, an annual social awareness event sponsored by MEChA, a Latino activism RSO at the U of C.

Fourth-year and MEChA co-chair Cindy Agustin said the RSO “wanted to work with the surrounding community,” drawing on not only Hyde Park locals, but also residents from Pilsen and the North side.