Here are some of the best places to start your morning–or afternoon, or late-night study session–without leaving campus. 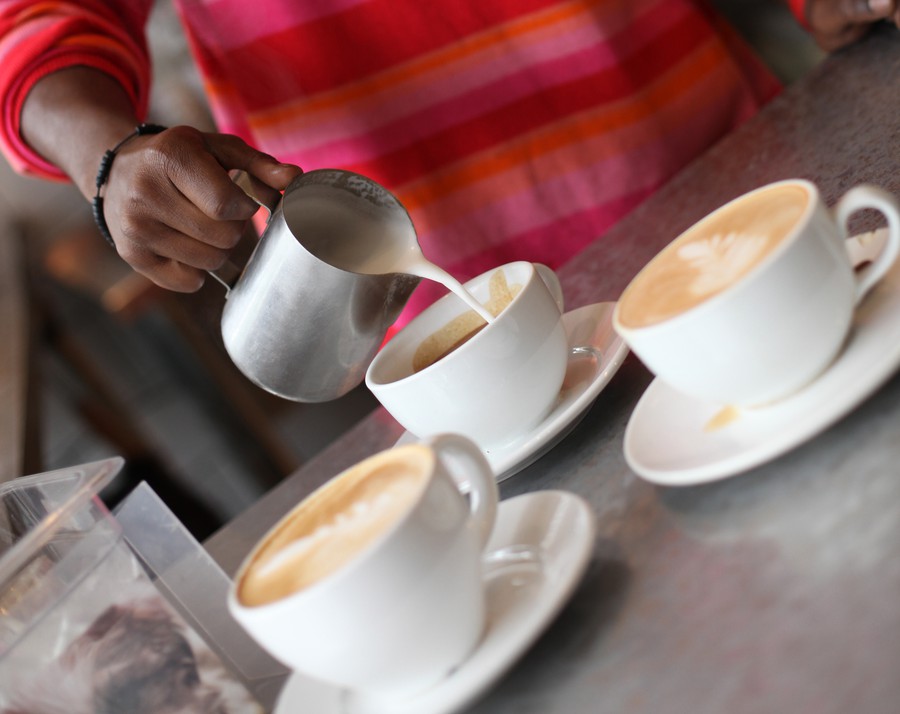 No one sleeps here. Blame it on rigorous academics or undergraduate insomnia, but a more plausible reason is the campus-wide coffee addiction. There may be Marx-Engels readers and Indian epics bundled in the arms of select students, but the sight of a hand glued to a steaming paper cup—whether in class or on the quads—is much more likely. Coffee shops, therefore, are as critical to the community as any glass-domed library or Gothic classroom. It’s not rare to stumble upon a café in the musty basement or upper levels of an unexplored building, the murmur of conversation and clatter of cups revealing a hidden hangout. The best of these concealed shops, however, is really dependent on what you seek: ambiance, prices, and convenience all factor in just as much as the quality of the caffeine fix. In any case, here are some of the best places to start your morning–or afternoon, or late-night study session–without leaving campus:

C-Shop: The most visible café on campus, the C-Shop is really an Einstein Bros. situated in a corner of the Reynold’s Club, therefore placing it at the center of campus activity. The menu is standard fare, with a notable selection of bagel and breakfast items. More importantly, Wednesdays are dollar-shake day, a tradition which has students snaking out into the courtyard waiting to trade a buck for the beverage.

Grounds of Being (Div School): Grounds of Being, more than any other café, lives up to its reputation: “Where God Drinks Coffee.” A cup of joe here is almost undoubtedly the best on campus. As part of the Divinity School, the quiet and subdued shop is located in the basement of Swift Hall, and it includes, along with Cobb, an incomparable range of entrees from restaurants around Hyde Park—Rajun Cajun, The Snail, and Cedars all deliver their lunches daily, making it a convenient place to grab a bite to eat between classes.

Hallowed Grounds: Hallowed Grounds is, well, hip. It’s cool, it’s buzzing with student chatter and the clack of billiard balls, and its low lighting and eccentric decor make it an offbeat favorite. Located on the second floor of the Reynold’s Club, its unique menu of student specialty drinks and Intelligentsia coffee provides numerous options for those who want to stay and socialize or study with indie music in the background. The comfy armchairs and couches also make it a frequent haven for both office hours, and between-class naps.

Cobb Coffee Shop: While Hallowed Grounds exudes a scene vibe, Cobb bases its appeal on another student preference: cheap food. The prices here are rock-bottom, just like its location in the basement of Cobb Hall. The coffee is more than passable, and the unusually large assortment of Thai food makes for a great impulse buy. Vinyl records, student artwork, and a sassy staff give life to this popular café, and you’re guaranteed to walk out with your stomach satisfied and your wallet just as full (or empty) as it was before.

Classics Café: Intellectuals and pseudo-intellectuals, you have found your home. The Classics Café is less about the coffee (Seattle’s Best, which is fairly average) and more about the grandeur of drinking anything among scowling gargoyles, elaborate arches, and intricate stone stairs. Rachmaninoff and other classical masters echo in the space, and a variety of newspapers are provided. A perfect place to (unintentionally) stalk your professor, daydream about Hogwarts, or get that final page of your Sosc essay done.

Common Knowledge Café: Also widely known as Harper Café, Common Knowledge gets most of its business from the late-night crowd, as it remains open longer than any other shop on campus. Located adjacent to the ever-popular Harper Reading Room, the multiple chairs and tables are filled with more study groups and cram sessions than social gatherings. Singular in its exotic stock of Italian sodas and Rishi teas, Common Knowledge is also the newest café on campus, and its laid-back layout is a refreshing break from the ancient and foreboding architecture of most other coffeshops.

Ex Libris: The U of C as a whole isn’t where fun goes to die: the Regenstein Library, however, can comfortably claim that title. In the A-Level of this dreaded concrete block is the spacious Ex Libris, a student-run coffeshop with piles of sugary candy and a row of vending machines for those students nodding off in the dark corners of the bookstacks. The coffee isn’t bad, either. But the real rush begins at closing hours: that’s when the staff puts out excess coffee, donuts, and snacks for general consumption. For free. With the Mansueto rennovations, Ex Libris will be moving to higher ground this year in the lobby’s northeast corner, and is still staying student run.

Last, and maybe least, is “Maroon Market”, commonly known as Bart Mart, the student convenience store in Bartlett. Along with its South Campus sibling, Midway Market, Bart Mart offers a good selection of Java City coffee along with the aisles of overpriced chips and microwaveable dinners that line its walls. All is not gloom and doom, though: the coffee tastes much better at three a.m., when red-eyed, pajama-clothed students alongside party-goers just returning from a night of revelrie creep in the door in search of some sort of energy source.