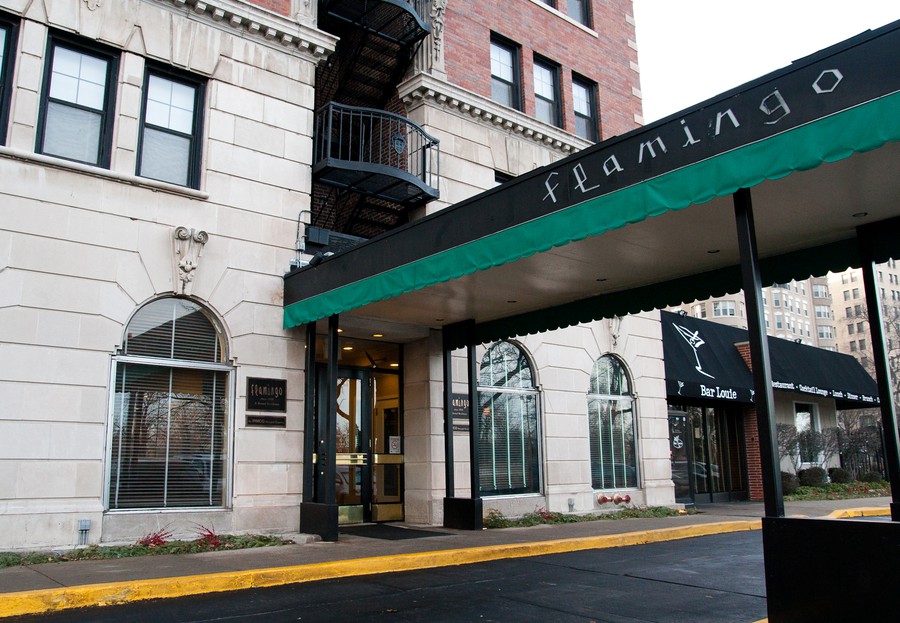 Residents of the Flamingo on the Lake apartment building have formed a Tenants’ Rights Organization to restore amenities they lost in an ownership transition in December.

Tenants were first notified of the change on December 9, according to Shane Desautels, the head of the new organization and a seven-year resident of the building. After receiving complaints, TLC restored security presence in what used to be the lobby’s guest lounge, Desautels said.

However, Desautels and other residents feel that the security is not up to the level they were promised when they first moved in, since the buzzer system allows visitors to enter without verifying their identities.

“I wouldn’t have paid this kind of money if there was no security,” said a female Flamingo resident who moved into the building this summer and spoke on the condition of anonymity.

Representatives of TLC Management did not return numerous requests for comment.

After the meeting, Bernstein sent a letter to TLC asking them to meet and letting the company know that the tenants were considering legal action.

“There’s no guarantee that you’ll be able to come to an accord or agreement [through a meeting], but it’s worth the effort,” Bernstein said.

Bernstein said that the tenants’ organization will take legal action against the management if TLC does not respond to his letter, which it had not by print time. One possible venue for legal action is the Chancery division of Cook County Circuit Court, which deals with non-financial remedies, like restoring the full amenities, Bernstein said.

Desautels and other tenants also have sent at least five letters to TLC, none of which has gotten a response, gathered signatures for petitions, and put together more than 25 signed affidavits.

Swartz said that the LCBH was not be able to take on the case but were very interested in the potential for collective bargaining.

“This is a more stable neighborhood when you can have a great tenants’ union,” he said.

The tenants’ legal standing rests on the Chicago Residential Landlord Tenant Ordinance, which gives tenants ways to take action against mistreatment. The ordinance does not specifically mention security, but it is not an exclusive list, Desautels said.

Bernstein and Swartz were optimistic about the case, though they said that more tenants need to join the organization in order for them to be effective.

“People are afraid that it doesn’t matter what’s on the paper, that they’re going to be retaliated against, and they don’t want to go to court,” Bernstein said.

Desautels said he began to organize when he found out about the changes, which affected security, levied fees on tenants who pay their rent via debit card, cut management office hours, reduced on-call maintenance staff, and opened the possibility for pet dogs.

“Slowly, one after another, amenities started disappearing,” he said.

Fifth Ward Alderman Leslie Hairston sent a representative to the group’s second meeting to make sure that the tenants had a lawyer. However, she is not getting involved further, according to Carol Parks, a spokesperson for Hairston.

“She’s supportive certainly of making sure that tenants’ rights are respected,” Parks said.

Personally, Desautels has explored a few of the options in the tenants’ rights ordinance, which got him a five-day notice from TLC warning him of eviction. However, he has not yet been evicted.

“The only way I’m leaving this building is in handcuffs or feet first,” Desautels said.