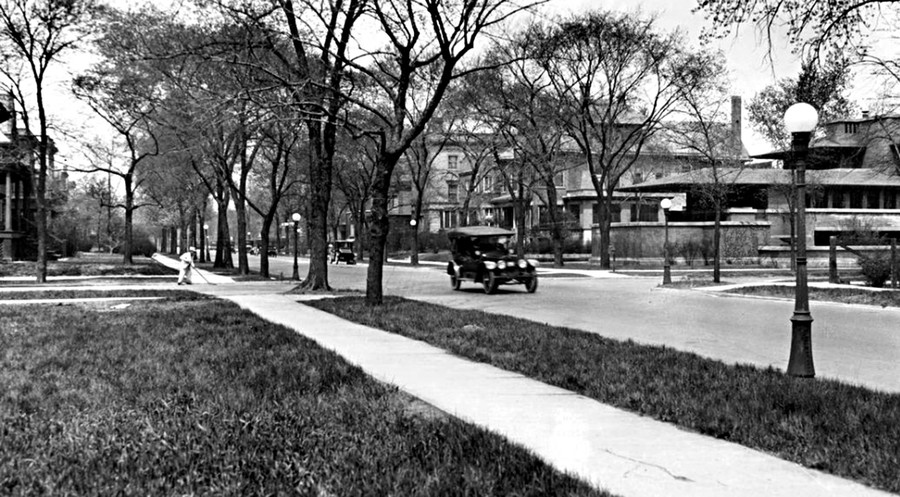 Courtesy of The University of Chicago Archive

The University has reached an accord with Fifth Ward Alderman Leslie Hairston over planned development on its 12 properties on South Woodlawn Avenue, making concessions on zoning and construction at a community meeting last Thursday.

The U of C will create its own zoning division for the 12 buildings named “Sub-Area O” in a pending amendment to Planned Development 43 (PD43), an agreement with the city of Chicago that has specified University land use in Hyde Park since 1966.

In addition, future buildings and redevelopments will be subject to a new height limit of 65 feet.

During the community meeting, Director of Civic Engagement Ellen Sahli distributed a 45-page document titled “Woodlawn Avenue Plan” that specified the University’s intentions for each of its properties on the 5700 block of South Woodlawn Avenue, all of which are part of the new Sub-Area O.

Since the University announced its plans to rezone areas slated for further development in early October, neighbors and activists have been concerned about how the PD43 amendment would affect their homes and the neighborhood’s historic character.

Proposed building height limits changed from 120 feet in the first version of PD43 to 80 feet in the second. Community activist Roger Huff said that the University’s claims to maintain the historic character of the block, which includes the 38-foot-tall Robie House and 60-foot-tall Meadeville Lombard Seminary, were incompatible with the prospect of a 13-story building.

“The University has certainly listened to the neighborhood and has changed its proposition over time,” said Adam Kingsly, an attorney for the Woodlawn Homeowners Association. “Again, before we got the changes, the neighbors didn’t think that the changes, as they’d been on paper, represented the promises the University had made in previous meetings.”

University spokesperson Steve Kloehn said that the University made its commitment to the character of the Woodlawn neighborhood clear, referring to support for the preservation of the Robie House and its investment in Rockefeller Chapel.

“On Woodlawn Avenue we have spent $43 million on existing buildings and we have an ambitious goal —we plan to spend significantly more in the next four or five years,” said Alicia Muraski, the University’s Planning and Design Executive Director. “[It shows] a strong commitment both to the character as well as the maintenance of these buildings.”

According to Kloehn, the new proposal sought to preserve the history of the block, as well as important additions to the University’s facilities, including a child care center on South Drexel Avenue, the relocation of the Seminary Co-Op bookstore, and the construction of the William Eckhardt Research Center.

“While on one hand we want to do everything we can to answer every question possible, we also don’t want to create delays that ultimately are delaying the creation of jobs and other things that I think are also important to members of the community,” Kloehn said.

While PD43 is not officially on the agenda for the Chicago Plan Commission’s upcoming meeting on February 16, the document should undergo a formal approval process shortly after being reviewed by the Chicago City Council staff.