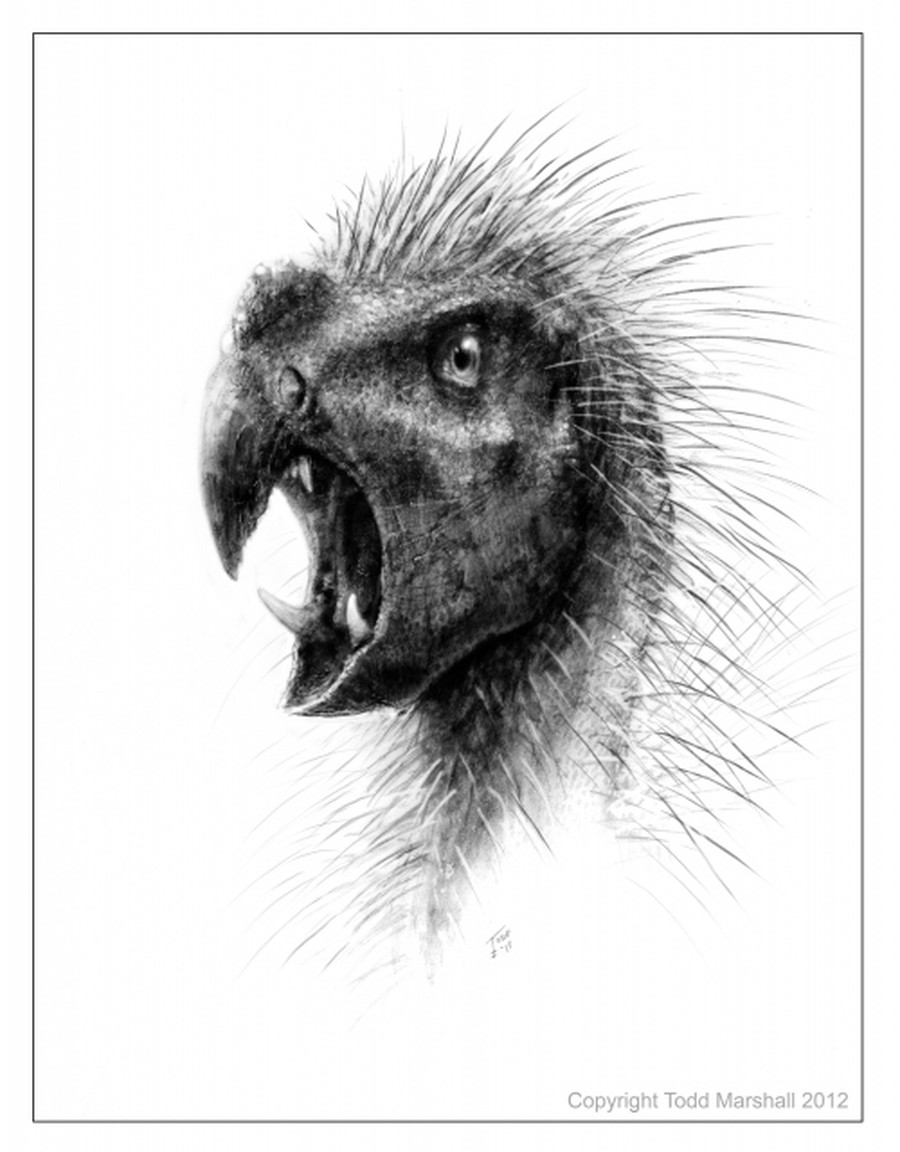 “As soon as I put it under the microscope, the species jumped out at me,” Sereno said. “Its teeth were very tall and the jaw was very short. It was something new.”

Pegomastax, found in South Africa, was a “punk-sized” dinosaur, less than one foot tall and two feet long. It had a short parrot-like beak, sharp canine teeth, and a one inch jaw: a combination likely used for shearing leaves, plucking fruits, and possibly eating meat.

Sereno first saw Pegomastax’s fossils in 1983 as a graduate student at the American Museum of Natural History.

After almost 30 years of visiting museums, going back into to the field, and talking with other researchers, Sereno first described Pegomastax in an online journal last week.

“It’s like trying to track down a line of evidence like a detective,” Sereno said. “I went to the field to look for these dinosaurs. I went to museums. I went to China. The important thing is not to name every dinosaur. I’m trying to understand the group.”

Sereno plans on exploring heterodontosaurs further, seeking to fill in evolutionary gaps within the family. His research will focus on the purpose of their particular mouth structure and why the family remained so small.

“Their anatomy is key to understanding the early evolution of this great group of plant eaters,” Sereno said. “It’s a really engrossing part of evolution.”

Sereno’s team is also researching other unique dinosaur features and is working to engage students of all ages in paleontology. He is the co-founder of Project Exploration, a program dedicated to exposing city kids to dinosaur discovery and natural science.

“The important thing for students to understand is that I have a lot on my shelf to go through,” Sereno said. “Discoveries are to be made.”