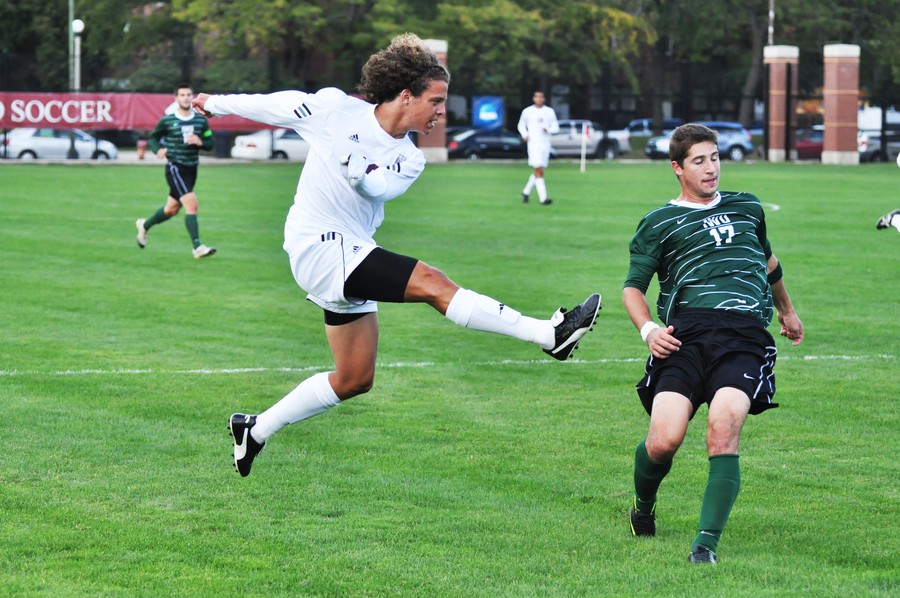 A Maroon squad well acquainted with dramatic matches, having faced double overtime twice in the last week, plays fourth-ranked Carnegie Mellon (8–1–0, 1–0–0 UAA), one of the top teams in the UAA, at home this Saturday.

“The current taste in our mouth isn’t good,” head coach Scott Wiercinski said. “Overtime’s great in the sense that you’re salvaging a loss, but it’s certainly frustrating. The guys feel like we should win every game we play.”

The Tartans, conversely, will look to extend their six-game winning streak. Their defense, anchored by senior captain Ben Bryant, has held opponents scoreless in four of their last five games.

A return to Stagg should prove a boon for the Maroons, who have outscored opponents 9–2 in five games at home. The team’s most dominating performances this season came during their last home stand, in the form of shutout victories against Illinois Wesleyan and North Central.

If recent history is any indicator, though, the two squads seem destined for a nail-biter. Two seasons ago, Chicago surprised second-ranked Carnegie with their first loss of the season, triumphing 2–1 in double overtime. Last year, Carnegie got two late goals to knock off the Maroons 3–2, again in overtime.

“Carnegie’s a very good team; they’re physical, athletic, and aggressive,” Wiercinski said. “We’ll try to entice them to be aggressive, and then try to play elsewhere.”

The Tartans will see a very different squad this year, though. So far, the star of the season for the Maroons has been first-year Jorge Bilbao, who leads the team in goals with six. Bilbao mans the midfield for a young squad that, in their most recent match, started as many first-years (three) as they did third- and fourth-years.

Chicago and Carnegie both play flexible styles, with goal-scoring and passing ability spread throughout the pitch. For the Tartans, Bryant has doled out a team-leading eight assists from the back, while the Maroons’ 4-1-4-1 formation affords their players plenty of freedom.

“We like to play a very fluid style with players moving and interchanging different positions,” said Wiercinski. “If you were to take a snapshot, we’d look very different from minute to minute.”

On Monday, the Maroons will host Lakeland (2–7–2) in the second fixture of their four-game home stand. Chicago won comfortably against the Muskies last year, taking a 3–0 lead en route to a 4–1 victory.

A similar result this year wouldn’t be a surprise; Lakeland has lost five of their last six games, including a 3–2 loss to North Central, who the Maroons beat 3–0, and a 1–1 result against Concordia Chicago, who lost to the Maroons 5–2 early in the season.

“Lakeland doesn’t quite come to town with the same reputation and the same rivalry as a team like Carnegie Mellon,” said Wiercinski. “But they’re physical and athletic, much like Carnegie, and are very capable of causing us problems.”

Chicago’s games against Carnegie and Lakeland are scheduled, respectively, for 1:30 p.m. and 4 p.m. at Stagg Field.