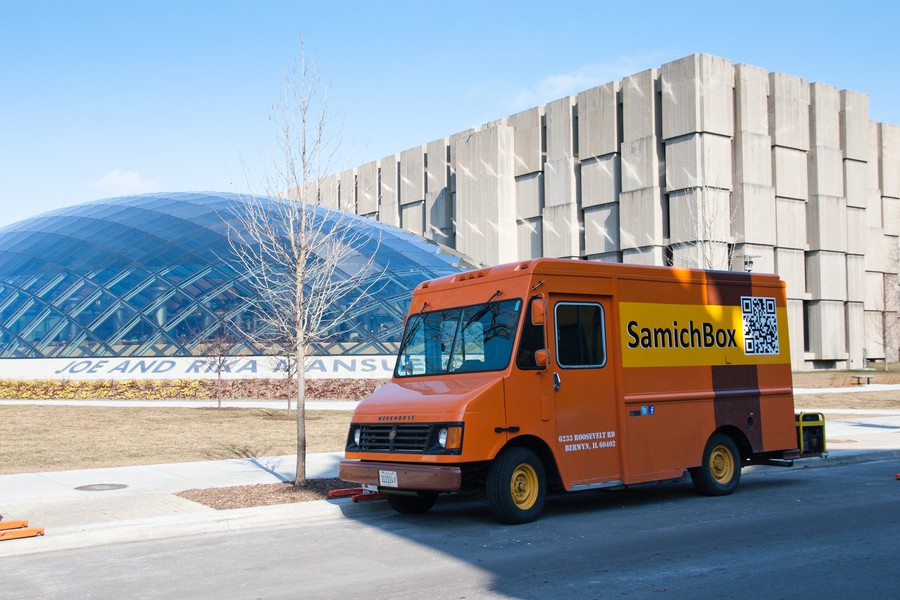 The Chicago City Council provoked the ire of some South Siders last week when it did not include any South Side locations in an ordinance exempting 21 areas to a rule that requires food trucks to be parked 200 feet from a restaurant.

The ordinance comes as good news to food truckers facing business obstacles that include parking restrictions, disgruntled restaurant owners, and a rising number of city-wide regulations.

Under current city rules, food trucks are not allowed to park within 200 feet of an existing restaurant without facing a $2,000 fine. With the exemption, food trucks that frequent areas like Lakeview, Gold Coast, the Loop, and Lincoln Park, will now not be subject to the 200-foot rule.

Critics of the new rule say that the lack of locations south of 437 South Columbus Drive is another example of the perceived dearth of new services and opportunities available for communities on the South Side of the city.

Several food truck vendors on campus this week shared their take on the implications of the rule.

Devlin Leroux, operator of the Two Italians food truck, said he believes the ordinance shows the blatant segregation and stratification of the city. He believes the food desert problem in the South Side, which he notes is often brought up by city officials, was ignored in the recent Council decision.

“The South Side gets neglected and it probably has a lot to do with race and income,” he said “It’s a shame.”

“Once again the South Side of Chicago is left out of commercial progress. Why do we pay equal real estate taxes as everyone else cross the city, when we get NO services here?” asked a Bronzeville resident who identifies herself online as “Quee.”

Still others see safety as the main problem. “Chicago would have to put more police officers on the road if they were to place food truck stands in the more unsafe neighborhoods on the city’s South Side, and the current budget does not allow for that,” Kristin Casper (A.B. ’04), owner of the food truck Schnitzel King, said in an e-mail.

Others do not see the Council’s decision as an issue of social inequality, but as a business-minded choice to foster robust customer bases.

“I am more than willing to come out to those [South Side] neighborhoods, but the foot traffic has to be there,” said Amy Le, owner of the Duck N Roll food truck and founding member of the Illinois Food Truck Association.

Le, among several other food truck owners parked on Ellis Avenue, believe that new stands downtown are strategically located in places where food trucks would not otherwise be able to go and have nothing to do with income inequality. They believe that the City Council was attempting to give food trucks a business opportunity by allowing an exception to the 200-foot rule and giving them legal parking spaces in areas of high congestion, which are not regionally determined issues.

Most food truck operators interviewed reported that, in practice, they do not normally go south of Hyde Park except for private events and festivals.