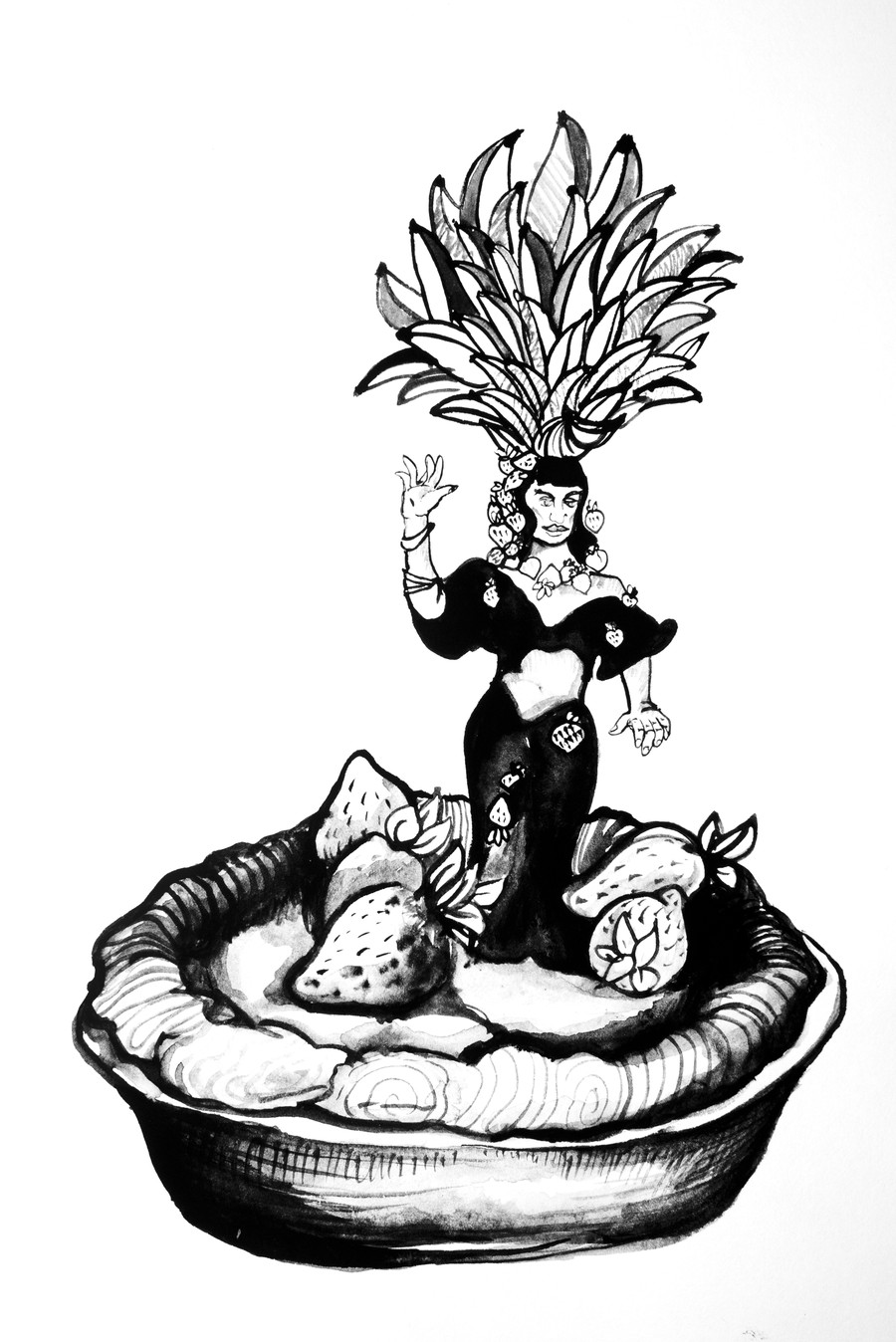 The Film Studies Center is now as old as a college junior (I mean, “third-year”), and we couldn’t be more proud. Help celebrate 20 years of the FSC’s decidedly non-adolescent youth with champagne, cake and a screening of the recently restored 35 mm print of Busby Berkeley’s The Gang’s All Here (1943), starring Carmen Miranda. You won’t want to miss this movie in which, according to the late New Yorker film critic Pauline Kael, “chorus girls dissolve into artichokes; there’s a banana xylophone; and Carmen Miranda appears in platform wedges on an avenue of giant strawberries.” In other words, plenty of song, dance and vitamin C. 915 East 60th Street. Starts at 7 p.m., free.

The Lycée Francais de Chicago kicks off its annual, weekend-long Fall French Market with liberté, égalité, heavy pastries, and bric-a-brac. To celebrate the opening of the market, the school is also hosting a French-Vietnamese Preview Party tonight with a menu catered by Hai Yen and a performance by the Vietnamese Student Association of the University of Illinois at Chicago. While you’re at it, put your name in the hat for some quite frankly fantastic raffle prizes, including a three night stay in Park City, Utah in a house with a movie theater, a spa package, and two tickets to the ‘Soiree’ (no additional information added or needed). Go back Saturday and Sunday for cooking demos by chefs from A Tavola, Sweet Whimsy, and Butcher and Larder. 613 West Bittersweet Place. 7–10 p.m., $35 in advance, $45 at door.

With any luck, sadomasochistic ‘shades of grey’ will quickly fall out of pop culture favor and we can return once more to the blues. The Center for the Study of Race, Politics & Culture, in conjunction with the Logan Center, presents “Shades of Blues” where U of C English professor Kenneth Warren and Prof. Mikell Pinkney from the University of Florda will discuss the works of August Wilson and Lonne Elder III from the perspective of blues music. Spend the evening awash in the smooth stylings of dramaturgical giants—your wealthy young entrepreneur/plaything will still be chained to your bed, waiting for you when you get home. 915 East 60th Street, Seminar Terrace 801. 4–6 p.m., free.

Today you can get a face full of pie or a face full of complimentary passed appetizers—which one is entirely up to you. In honor of their grand opening, Two Restaurant is serving up tiny noshes, wine, beer, and cocktails for free at the bar, before serving up a special $50 prix fixe menu. (Note: This is a totally fake opening as Two Restaurant was already fully operating by August.) Or, you can stay right here in Hyde Park and gorge yourself on golden, flakey pie crusts and seasonal fillings of spiced squash. The William H. Ray Elementary School hosts the Southside Pie Challenge, a serious matter to some, and, moreover, a delicious one for all. Proceeds go to the Hyde Park & Kenwood Hunger Programs. APPS: 1132 West Grand Street. Starts at 6:30, free. PIES: 5631 South Kimbark Avenue. 1–4 p.m., free admission, all pies $3/slice.

In Chicago these days it seems there’s very little difference between a white chef’s coat and the tight leather pants of a rock star. The chefs in this city tend to be young, egotistical, famous, and on the cover of your favorite local magazine. In this flavorful new world of chefs with swagger, Grant Achatz is Mick Jagger, only instead of swinging his hips and all but swallowing his mic stand, he creates things like “Egg Custard in Eggshell” and “Lunchbox”—and then you eat them. Achatz, of Next and Alinea fame, is speaking at the Francis W. Parker School with Pritzker Director of the MCA Madeleine Grynsztein in conjunction with Time Out Chicago. 2233 North Clark Street. 10–11 a.m., $25 “short list” tickets in advance.