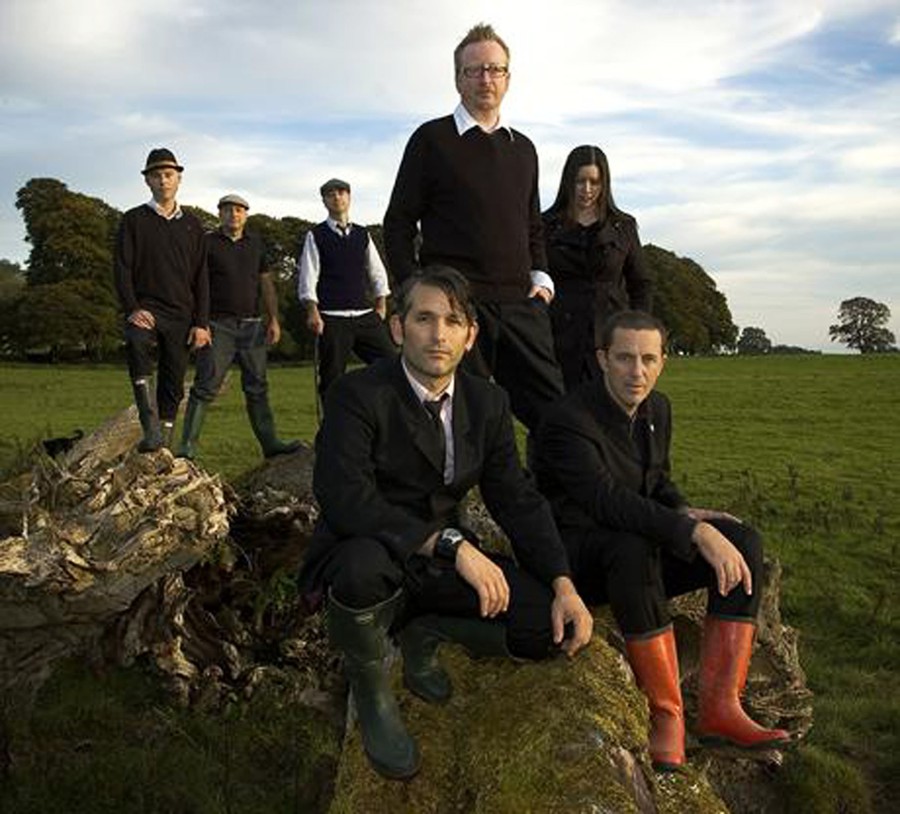 Mixing Celtic punk with a dash of folk, politics, and the vocals of a heavy metal alum, Flogging Molly has carved out a musical niche that—just like its record label, Borstal Beat Records—is in a class of its own. Behind this mix are seven musicians on at least seven different instruments ranging from staples like drums and guitar to surprises like the banjo, fiddle, and accordion.

Though they’ve been playing sold-out venues and charting platinum albums for the better part of the past two decades, the members of this Celtic seven haven’t stopped striving towards the goals of their beginnings: solid gigs, sound albums, and strong connections with their fans.

The Maroon caught up with one of Flogging Molly’s original members, accordionist Matt Hensley, to talk about life on tour, politics, skateboarding, and do-it-yourself furniture.

Chicago Maroon: You’re in the first week of a 22-city cross-country tour. How do you transition from regular life to touring?

Matt Hensley: Yep—actually, it’s the first day. I flew in just a couple of hours ago, and I’m getting ready to get going to rehearsal soon. Transitioning between home and touring is easy for me; I’ve been doing this for so long that I really don’t have a problem just taking off and living like this. I’ve just learned to go in and out.

CM: So, what does a day in the life of a touring musician look like?

MH: It’s awesome. I’m getting ready to go to the studio right now to rehearse. We’ll actually be rehearsing for the next two days, to make sure that we’ve got our songs tight for the first gig. Then we’ll go to a restaurant, I think Budapest—grab some beers, wind down, have a good time.

CM: Do you change up your set list throughout the tour?

MH: For the most part, we get to a point where we’re playing a list that works well, and we’ll try to get that locked in as best as we can throughout the tour. But if we’re playing that same city for two days in a row, we’ll change things up a bit. So it depends.

CM: Flogging Molly has seven members, with instruments ranging from guitar to piano to—of course—the accordion. Seeing you all come together on stage is incredible, but how does that process play out while you guys are getting ready to write or record an album?

MH: Dave [King, Flogging Molly’s frontman] is the head songwriter, but he’s really the head of the band—the captain of the ship. He usually comes up with a rough bit of music, gets an idea for where a given song is going to go, and most of our songs develop from that. So he might have a song, and he’ll say that he feels like it’s going to be a waltz, and then one of us will be like, “let’s do it this way,” or, “make it slow down,” or, “let’s speed this part up.” But yeah, making an album with seven people is definitely very different from making something with two or three or four people. Our music has to go through a lot more scrutiny, but, ultimately, that’s a good thing.

CM: Your music has a strong political message. How does the unfolding of current events influence you and your music?

MH: Some of our music is politicized, you could say, but we never tried to be a political band—it just happened. Things like Occupy Wall Street, the elections— those are things that we tour, we see, and we can’t escape. Bush in the 2000s, for example, we felt like we couldn’t just sit back and not say anything.

CM: Besides music, how do you communicate with your fans?

MH: We love to interact with our fans—especially, you know, go to a pub after a gig and grab a beer with some of them. It’s gotten harder as the years have passed, for many reasons, but it’s still something that we love—and try—to do.

CM: You play the accordion, concertina, piano, and sing – and you’re a professional skateboarder, and a father, too. How did you manage that?

MH: To be honest, I haven’t been in a skateboarding contest in 15 years. But I do have a teenage son, and I skate with him. But I don’t know if I would call myself a professional skateboarder [laughs]. Growing up, skateboarding and music were two scenes that overlapped for me. I mean, I’d go to the skate park, and we’d listen to music, and it was the same crowd and the same scene. I just got into them together, and both have remained a big part of my life ever since.

CM: What’s in the future for Flogging Molly—can fans expect to see a new project or studio album soon?

MH: Well, we just released an album in 2011, and we tend to release an album once every two or three years, so less than a year ago is like yesterday in Flogging Molly time [laughs]. But we really like to put a lot into our music, and to put out only good, solid albums.

CM: Thanks so much, Matt! In honor of the recent Valentine’s Day, let’s end on a sweet note. Do have any secret, favorite, guilty pleasures?

MH: I’m not sure if this counts as a “guilty” pleasure [laughs], but I love to build furniture. Tables, chairs, doors, looking into building instruments. It’s actually really interesting—you know, wood isn’t like plastic. It’s always changing: It’s expanding, it’s contracting, and you just have to work with it. So, a while back, I started watching videos about how to build my own furniture, and just started doing it. I’m still not sure if that’s a guilty pleasure, but it is something I love to do.