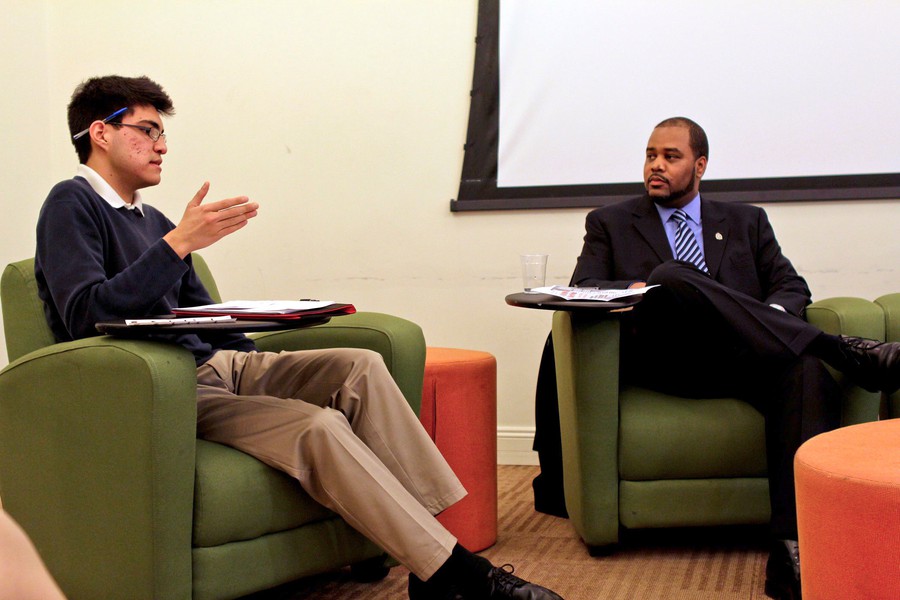 The Office of Multicultural Student Affairs (OMSA) hosted the panel in an effort to increase communication channels between students and campus security administrators.

“Such forums have previously been hosted by Student Government, but we wanted to reorient issues of campus security to be more broad and more diverse,” OMSA Student Advisory Board member and fourth-year Ian Dummett said. “Given the recent crimes on major streets, we think it’s necessary to voice student concerns and talk about safety in a diverse community.”

Police Chief Marlon Lynch opened the panel by highlighting UCPD success in the past two years: Calendar years 2010 and 2011 had the two lowest rates of violent crimes in recent memory, and 2011 saw crime rates drop to 14 percent below the Hyde Park-South Kenwood neighborhood’s five-year average.

“UCPD efforts are unmatched by those of peer institutions located in Chicago, the Ivy League, or other areas of notable crime,” Lynch said. “We act as an integral part of community culture, as we police both the University and surrounding neighborhoods, with an emphasis on ensuring safety for local charter schools.”

With 90 full-time officers and 10 part-time officers, UCPD is the second-largest private police force in the United States. With a seven-square-mile patrol area extending from 39th to 64th Streets and from South Cottage Grove Avenue to South Lake Park Avenue, UCPD covers a substantial area because a majority of students live off-campus, according to Lynch.

“SafeRide was initially instituted without adequate parameters, resulting in perpetual inefficiency and an average of 40-plus minute wait times,” he said. “We are working on reevaluating the system, but until then, we encourage students to utilize evening shuttle routes or to contact Theresa Brown, Director of Transportation and Parking,” Lynch said.

“We do not racially profile—we criminal profile,” Lynch said, adding that UCPD officers are encouraged to become familiar with those on campus, regardless of their race. Two years ago, tensions between students and campus police flared around the issue when Maurice Dawson (A.B. ’10), a black student, was arrested in the A-level of the Regenstein Library after refusing to show student identification to a UCPD officer.

Fourth-year Anna Akers-Pecht came to the forum to follow up on issues discussed two weeks earlier at an informal student meeting on campus security organized by the Chicago Justice Initiative RSO.

“Discussion on campus safety feels lacking, and increased communication, interaction, and student participation would be desirable,” she said.