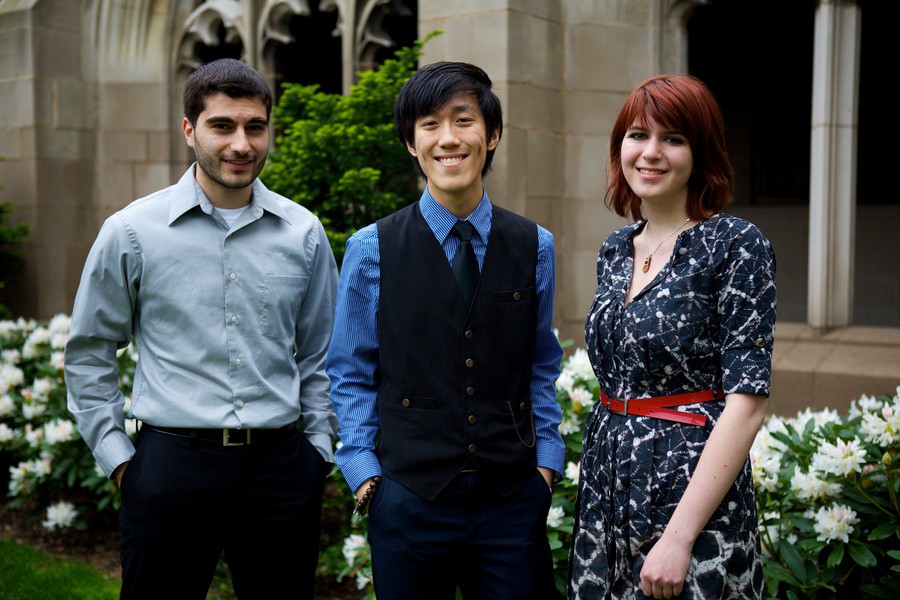 The slate, comprised entirely of second-year candidates, presents a platform that focuses on transportation, technology, and student group “recognition.” Led by presidential candidate Ben Yu, who ran unsuccessfully last year on the UNITED Student Alliance Slate, ChicagoSpirit wishes to breach what they view as a disconnect between students at large and decision-making bodies.

“We have a lot of ideas that require interactions and surveys,” Yu said. “We want to be a lot more interactive as a slate and we want reach out to more people.”

A proposed University-wide survey on the future of SafeRide after the election, for example, reflects ChicagoSpirit’s stance on open dialogues. The slate wishes to enhance the efficiency of transportation, its number one goal, through additional shuttles or an additional route depending on the student response to either keep or remove SafeRide.

Yu, who serves on the IT Advisory Board, also wishes to improve SG communication with the IT department, noting that wireless internet and printing issues often fail to reach that department.

Rather than emphasizing an undergraduate-graduate relationship, the platform’s two key issues affect both the collegiate and graduate populations at the University, said Nicki Cherry, the slate’s candidate for vice president of administration.

ChicagoSpirit will also seek to address what they perceive as a lack of “recognition” for student groups. The slate proposes publicizing fraternities and sororities in the O-Book and with a URL on the University’s website, providing more funding and facilities access to club sports, and opening administrator office hours for activism RSOs.

Other ChicagoSpirit propositions include having quarterly Uncommon Fund application process and allocations, assigning SG liaisons to every RSO, and better utilizing the University listhost.

Yu, who served as a College Council (CC) representative last year, is the only candidate on the slate with SG experience, though Mohamad Abdallah, the slate’s candidate for vice president for student affairs, ran for CC last year. However, the slate sees their diverse RSO experiences and underclassmen status as advantageous.

“We see a huge disconnect between what RSO leaders want and what the SG agenda often is. I think we’re the most invested slate. We want these changes because we’re gonna be here longer,” Yu said. “There’s a sort of claim that there’s a very unique thing that SG does. That’s patently untrue. At the end of the day, it has to do with being connected to student life on campus and we are.”

ChicagoSpirit is running against Connect slate and Moose Party.