Connect slate wins with nearly half the vote

The Connect slate, led by second-year law student and now President-elect Renard Miller, beat out ChicagoSpirit and the Moose Party for 2012-2013. 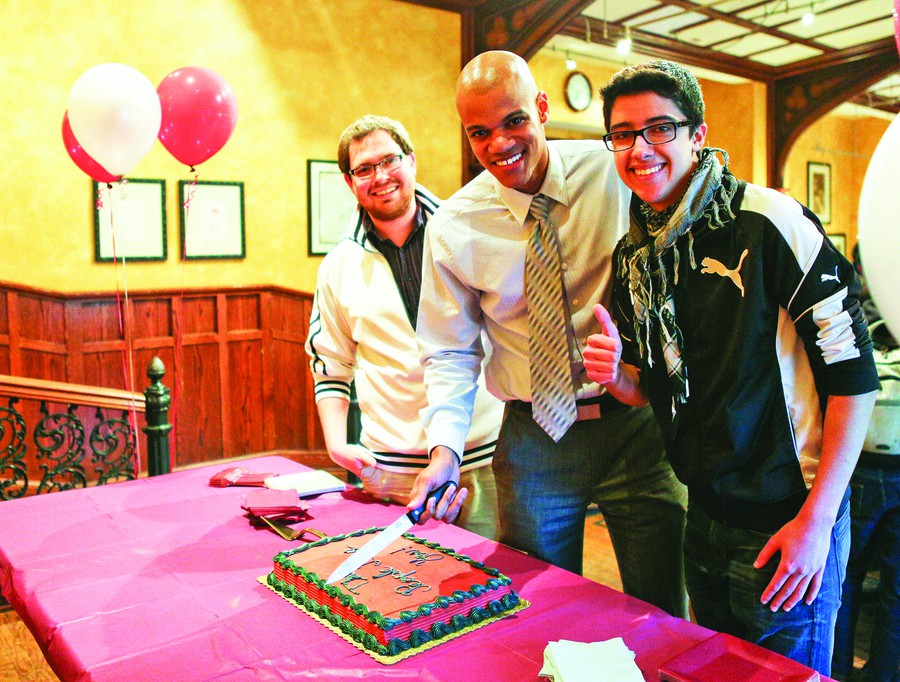 Cruising to victory on a platform of undergraduate and graduate student unity, Connect became executive slate–elect for 2012-2013 last night with 47.69 percent of the vote, beating ChicagoSpirit and Moose Party by a wide margin. 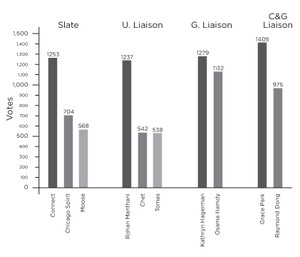 Bella Wu
Eleven winners of the College Council (CC) race were also announced, although a tie between 2013 College Council write-in candidates Rebecca Kim and Jenn Cohen will be settled by members of SG. The other three winners for Class of 2013 representative are Sarah Iqbal, John Anton, and Chenab Navalkha.

Fourteen participants, 12 for CC and 2 for liaison positions, joined the races after SG decided to extend the deadline to turn in election petitions from April 10 to April 18.

“Extending the petition deadline by another week ensured that the races were competitive, which can only be a good thing for students at UChicago,” said Nakul Singh, chair of SG’s Elections and Rules committee.

SG President and fourth-year Youssef Kalad remarked on the novelty of this year’s candidate pool.

“We had a grad run for slate for the first time in a long time,” he said. Specifically, Kalad identified President-elect Renard Miller’s involvement in Graduate Council and College Council as a reason for the high voter turnout. Miller is currently a second-year Law student.

Kalad added that he predicts a smooth transition. “We’ll be working with them for the rest of the quarter…and we anticipate the communication to be stronger than even last year’s,” he said.

Vice President–elect for Administration and third-year Douglas Everson promised further consolidation of campus populations and resources, along with increased communication measures. “As evidenced by the voter turnout, grad students have really expressed an interest in getting involved,” Everson said.

Everson added that part of increasing communication will include making the campus-at-large aware of pre-existing resources.

“Students have been really appreciative of being made known of initiatives, like free Microsoft Office, or $6 movie tickets through Reynolds,” he said.

Manthani said that once he takes office, he anticipates difficulty in exercising power on the Board of Trustees. However, he plans on trying to meet individually with the board members outside of meetings, frequently blogging to assure accountability, and increasing board transparency.