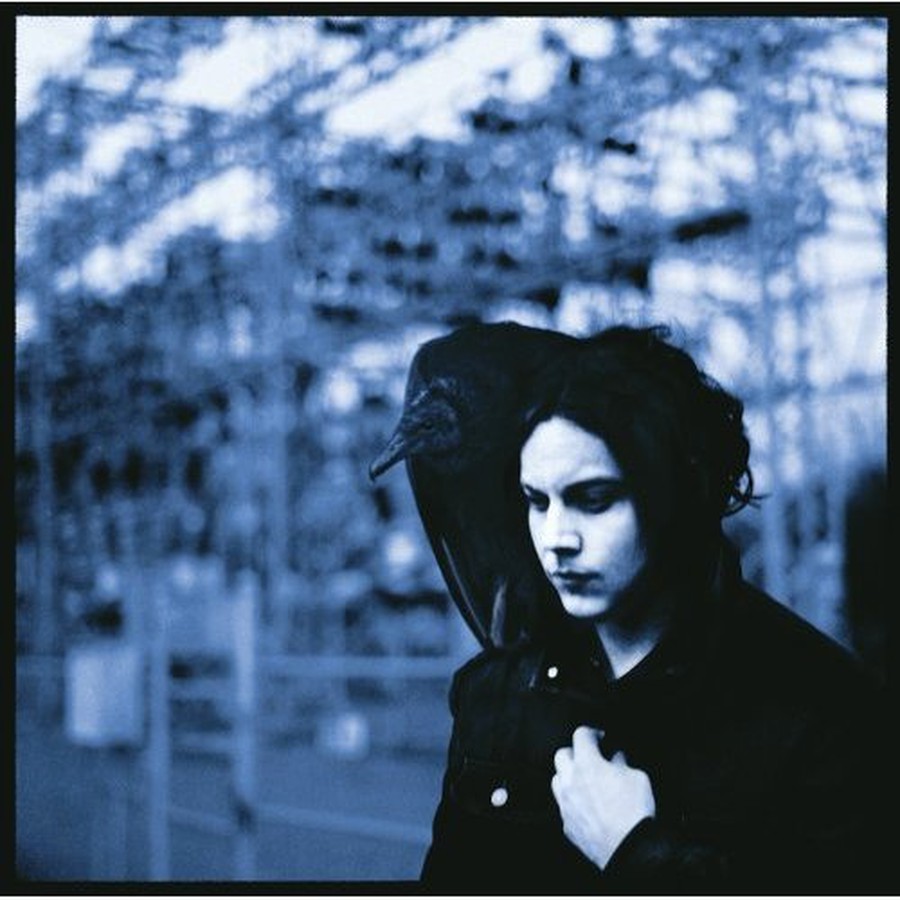 For a crash course on Jack White’s musical idiosyncrasies, just watch the YouTube video of White’s SNL performance from earlier this year. Decked out in cowboy regalia and flanked on all sides by six female musicians wearing diaphanous Little House on the Prairie–inspired pastel dresses, White and backup singer Ruby Amanfu croon over his soft, acoustic guitar, “I want love to/ Roll me over slowly/ Stick a knife inside of me/And twist it all around.” Though the lyrics only get more gruesome from there (among other awful things, White wants love to “murder his own mother”), the mid-tempo pacing, the plaintive violin, the pedal steel guitar (proof we’re in country music territory), and Brooke Waggoner’s supportive piano suggest that, if love sounds like this, then it’s actually kind of wonderful. By the time drummer Carla Azar really goes in during the instrumental jam session at the end of the song, it’s clear White and the girls are having a ball.

While White also performed “Sixteen Saltines,” which has the crackling electric guitar riffs and schoolyard imagery we’ve come to expect from the creative engine behind the erstwhile White Stripes, “Love Interruption” is more indicative of where Jack White’s musical mind seems to be at the moment. All the key elements of the Jack White mystique are there—his love for an old, Vaudevillian type of theatricality (the cowboy aesthetic popped up repeatedly in the White Stripes’s work even if White himself no longer adheres to their famous red, white, and black color schematic), his affinity for contradictions, (“Fell in Love with a Girl” may sound cheery, but it’s hardly an innocent love song), and his love/hate relationship with women in general.

All those themes are in full force on White’s excellent new album Blunderbuss, his first solo effort, although, much like Beyonce, White has been such a driving force in all his music groups that the “first solo album” conceit feels more like an affectation than anything else. His evident love for the mid—twentieth century, coupled with his recent move from native Detroit to country music mecca Nashville, has clearly influenced the songs on this album. They’re indebted to their predecessors but still sound like bona fide 2012 originals.

“(Hip) Eponymous Poor Boy” has the jingle-jangle jauntiness of a Tin Pan Alley tune, but it’s also one of the most searingly personal songs in all of White’s oeuvre. “And I’ll be usin’ your name, but they’ll be yellin’ at me ‘Poor boy, the poor boy,’/ But I’ll be happy for you, ‘cause you got nothin’ to do /And I’ll be singin’ the blues, walkin’ around singin’ ‘Poor boy, the poor boy’” is a pretty incisive jab at Meg White, whose last name, as any ardent White Stripes fan knows, Jack took as his own when they married. And just in case that jab goes over your head, White sings on the last stanza, “And you’ll be watching me girl, takin’ over the world/let the stripes unfurl, gettin’ rich singin’ ‘Poor boy, poor boy.’”

Of course, veracity has never been Jack White’s strong suit, and it’d be foolish to take any of his lyrics too literally. Speaking of lyricism, some of White’s finest wordplay is on this album. From the painful contradictions of “Love Interruption” to the title track’s elegiac ode to an illicit love affair, White is a gifted and perennially underrated songwriter. Maybe too good a songwriter. Some bored music journalists have attempted to call White a misogynist because so many of his songs on the album are about beautiful, careless women who amputate him (“Missing Pieces”, “Freedom at 21”, “Sixteen Saltines”), make him cry (“Weep Themselves to Sleep”), and leave him trembling (a fun, arch cover of Little Willie John’s “I’m Shakin’”). But that’s a hard point to make, given the numerous opportunities he gives to female musicians on the record. From Brooke Waggoner’s thundering piano and Lily Mae Rische’s sober violin, to White’s ex-wife Karen Elson’s ethereal soprano, the women are everywhere, and they’re rocking.

Fans of the White Stripes’s gritty rock minimalism will be disappointed to find very little electric guitar on the album, but for those of us interested in watching one of rock’s great talents evolve, the last track on the album, “Take me with you when you go,” is a thrilling, genre-defying mash up of potential. Over a swinging piano ostinato, White and company sing in woozy three-part harmony, “Take me with you when you go, girl.” It sounds vague, beautiful, and inconsequential. But then, around the two minute part, the whole song changes, exploding into a flurry of hard-edged, almost mathematical, guitar rock, with White practically spitting the lyrics, while singer Ruby Amanfu revs up the soul quotient to exponential levels, the electric guitar squeaking and squawking. It’s a thrilling song, encompassing a number of different music genres in under five minutes.