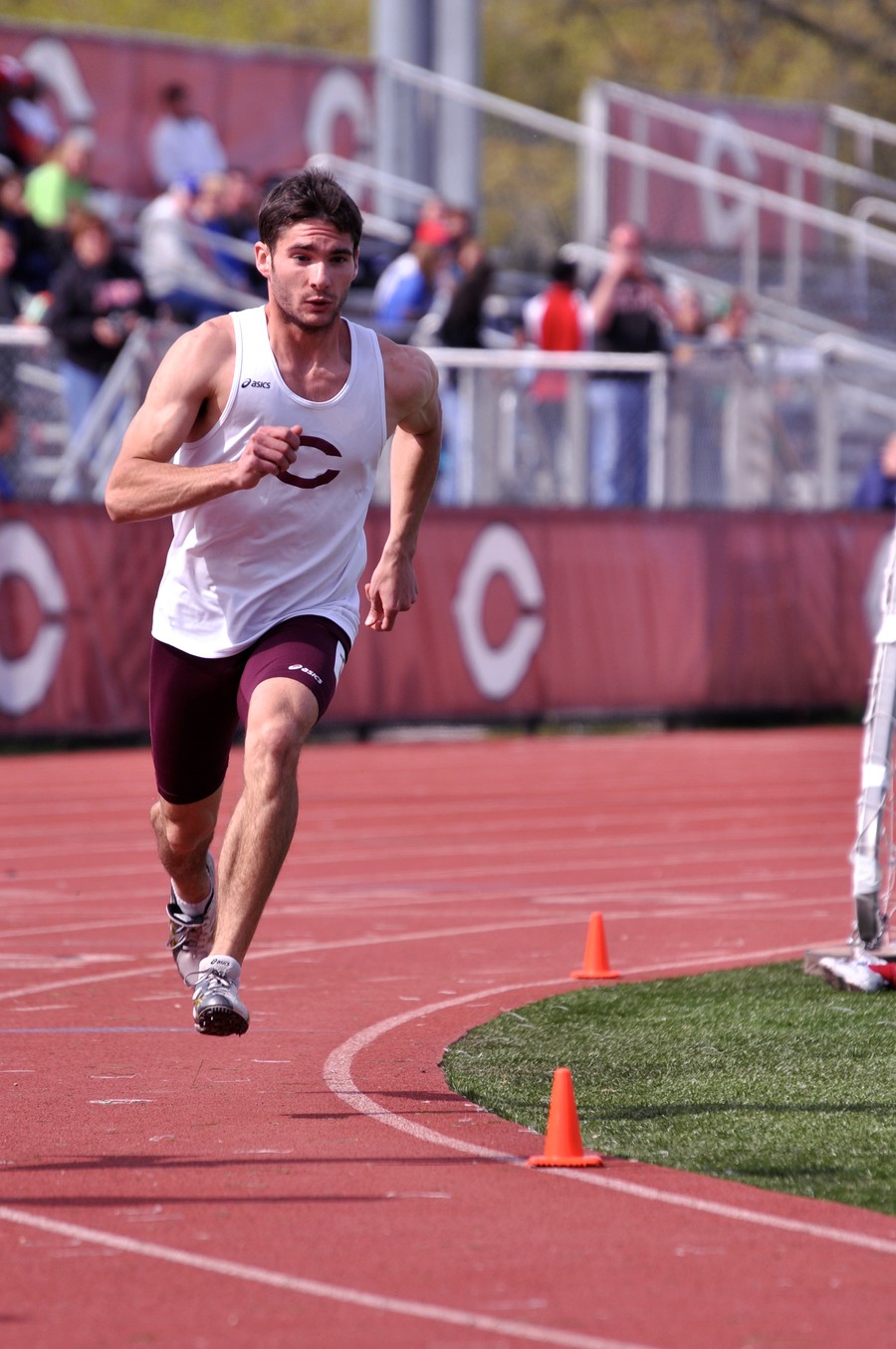 No team can challenge for a title every year. But that doesn’t mean they can’t put up a challenge.

The South Siders finished fourth out of seven at the UAA Championship in Pittsburgh last weekend. The Maroons finished with 113 points, behind Case Western (118), Carnegie Mellon (149.50), and Wash U (195.50), in a performance that saw 17 Maroons set season-best times in their individual events.

Annual conference challengers, the injury-riddled Maroons had lowered their standards somewhat this season. Head coach Hall was nonetheless pleased with his team’s finish, which met their pre-race target.

“I really think that we achieved, and I was proud of the kids in a situation where we weren’t fighting to win a conference title and they were still able to compete at an extraordinarily high level,” he said. “I was very, very pleased.”

However, what was most encouraging for Hall was the improvement shown by many of his athletes.

Chicago’s top point scorer over the weekend was third-year Dee Brizzolara, who finished first in the 100m (11.19) and 200m (22.01) sprints, improving on his seeds in both events.

“I just went in with a lot of confidence after seeing how I ran against the other guys in the 4x100m [relay],” Brizzolara said. “I wasn’t as nervous as I usually am for this kind of meet.”

The Maroons’ only other event win came from third-year Brandon Meckelberg, who took first place in the discus with a distance of 45.75m. Other standout performances came from fourth-year Daniel Heck, who finished second place in the hammer throw (52.20m) after entering the meet ranked seventh in the conference, and first-year Semi Ajibola, who produced a season’s best performance to finish second in the high jump (1.98m).

Chicago was still a long way away from a UAA title, but this past weekend has given it a cause for optimism. The team will point to its injury problems in particular for what has been perhaps a slightly anticlimactic season overall, but next year, with a clean bill of health, the Maroons will look to capitalize on their improvement.

“We had many injuries throughout the season that really limited the amount of people we had to score for us,” Brizzolara said, “[but] the team really stepped up and had many people move up places and score points for us.”

It should also be noted how tight the conference was as a whole. Admittedly, the Wash U Bears were fairly comfortable winners in the end, and Carnegie Mellon was never really sweating over its second-place finish, but only nine points separated Case Western in third and Emory in fifth. Chicago was only five points off of a top-three finish.

And once again, the Maroons will point to injuries as an explanation.

Specifically, they will look at the misfortune of fourth-year Tyler Calway. Calway entered the meet ranked in the top five of the 110m and 400m hurdles, but had to withdraw from the 400m due to the recurrence of a foot injury sustained in the preliminary round of the 110m. If Calway had been able to compete and match his seeds, the Maroons would have finished third.

“The only disappointment was that we didn’t place higher as a team,” Brizzolara said, “but there was really no area of competition where we didn’t do better than expected.”

“The team was generally happy with its overall performance,” Zalov said, “though I think it would have been nice if the men hadn’t lost to Case Western by five points.”

The last team goal for Chicago has now been reached. The UAAs have come and gone, and for the last few weeks of the season, the Maroons will take up more of an individual focus as several athletes look forward to qualifying for the NCAA DIII Championship meet next month.

Chicago will be back on the track again this Saturday in Madison, WI for the Wisconsin Twilight.