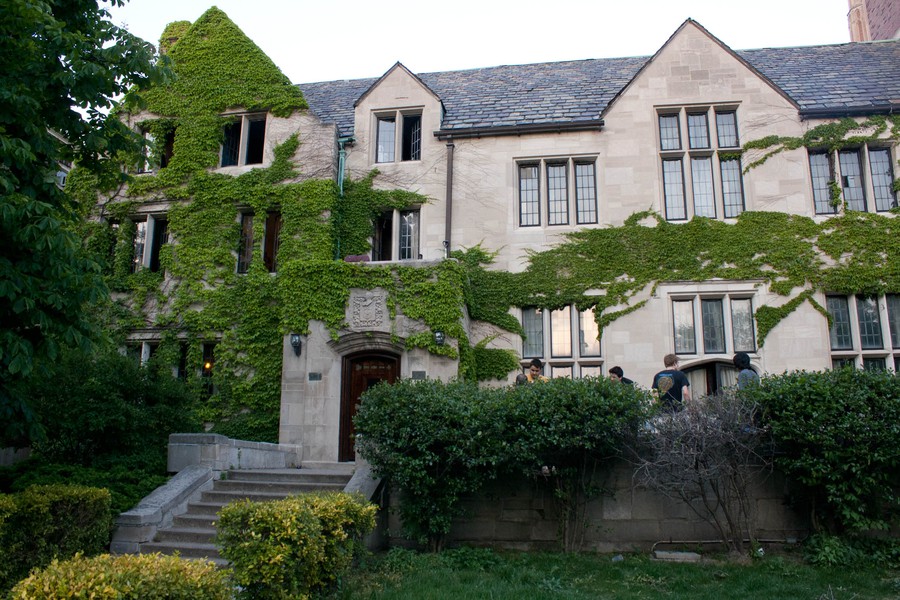 Two racially-tinged incidents related to fraternities in the past month have drawn sharp criticism from Latin student groups and their allies, along with admonitions from University administrators and officials in the Office of Multicultural Student Affairs (OMSA).

The first episode occurred May 8 around 4:30 p.m, when a student saw what were believed to be first-year pledges performing a racial caricature, mowing the lawn in front of the Alpha Delta Phi (Alpha Delt) fraternity house wearing oversized sombreros while Latin music played from a stereo.

The student, who spoke on the condition of anonymity because the matter is ongoing, reported the incident to OMSA and the Bias Response Team.

In response to the complaint, a meeting was called between Alpha Delt leaders and three University officials: Elly Daugherty, assistant vice president for student life; Lynda Daher, director of the Bias Response Team; and Kristen Siron, assistant director of Greek life for ORCSA.

At the meeting, Alpha Delt was asked to talk about the issue openly, and possibly to make a public apology.

Meanwhile, word of the incident quickly spread, and Daugherty notified both the national Alpha Delt administration and its alumni organization.

However, Alpha Delt’s chapter on campus has not admitted any wrongdoing and has declined requests for an apology, according to an e-mail sent by Bias Response Team member Robin Graham.

Anger again flared up the night of Monday, May 21, this time directed at Delta Upsilon (DU) fraternity.

Members of the fraternity had posted a Facebook event for a party billed, “DU Presents: Conquistadors and Aztec Hoes [sic],” which in its description encouraged attendees to bring “an unlimited need to conquer, spread disease, and enslave natives.”

Response to the posting was immediate, as students were still working to resolve the previous incident with Alpha Delt. After discovering that the 24-hour phone line operated by the Bias Response Team was nonfunctional, a group of students associated with different Latin organizations gathered in the C-Shop that night, including members of Movimiento Estudiantil Chicano De Aztlán (MEChA de UChicago) and the Organization of Latin American Students (OLAS).

Within an hour, all reference to conquistadors and Aztecs had been removed as DU members became aware of the growing controversy via Facebook and word of mouth.

After the meeting, an e-mail was sent to DU on behalf of the Latin student organizations that had met.

At 12:54 a.m. that night, a spokesperson from DU sent an apology to the complainant organizations, expressing DU’s regret over the name. Soon after, he posted a second apology on Facebook.

“There is no question that the previous event title was unacceptable and offensive, and we would like to offer our sincerest apologies to the Latino community and any other groups that have been offended and hurt by the title of the event,” the letter read.

However, the controversy continued to build, since Latin students believed that the apology was insincere and dismissive.

“One of the things that we emphasized was an open forum where we can talk about culture and how to handle this,” said third-year Lizbeth Cordova, a member of MEChA de UChicago.

“They completely disregarded it.”

The DU spokesperson, along with another DU brother who created the event, posted on the event’s Facebook wall that they were “sad safari bro[s]” because of the name change.

“I personally didn’t see it as a sincere apology,” Cordova said.

The party was finally cancelled Thursday afternoon. DU issued a third apology on Tuesday and met with members of OMSA's student advisory board and representatives from Latin RSOs on Wednesday.

“We wanted to confirm the sincerity of our apology,” the DU spokesperson said in an e-mail.

DU has committed to an open forum, tentatively planned for next week, which will bring together individuals from OMSA, DU, and members of Latin interest groups.

As the two incidents have developed, questions have been raised about campus culture, the University’s relationship with its Greek organizations, and the effectiveness of “dialogue.”

At the meeting on Tuesday, students repeatedly asked why it was that the University could not take concrete action against either fraternity by revoking privileges or cutting funding, for example.

The University can discipline members of a fraternity as individual students but not Greeks as a whole, since they are not officially recognized as student organizations. That has left many of the offended students feeling without recourse.

But the University is not powerless just because it cannot mete out punishments on entire frats, Daugherty said. She can still use her position to bring fraternities to the table.

“Like other students, fraternity members take part in the Bias Response Team process and are subject to disciplinary procedures if a case calls for that,” Daugherty said in an e-mail.

Alpha Delt still has not made any public statement about the incident, although according to Cordova, they have a meeting next week with Dean of Students in the College Susan Art.

Meanwhile, the original complainants are trying to present the issue as one that impacts students of any race or ethnicity, and are looking to form an RSO coalition to deal with bias of any type in the future.

“People are getting it,” Cordova said. “We’re getting a response not just from the Latino community but the entire campus community.”