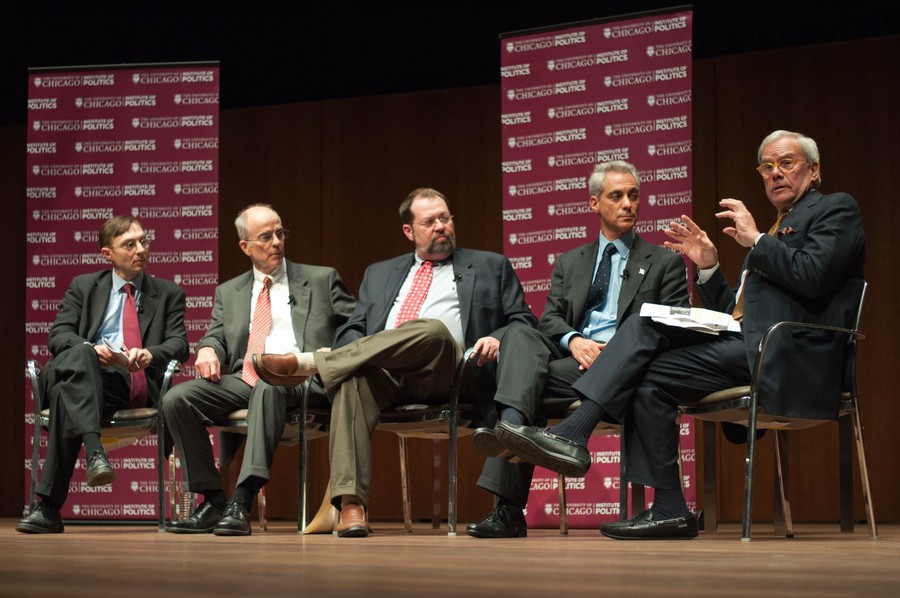 Because the timing of the panel coincided with the announcement of President Obama’s gun control plan, Brokaw checked his cell phone in order to discover the gun control policies as they were released. After he retrieved the information, he then led the panelists in a discussion of the measures.

Emanuel predicted that the political energy for firearms regulation reforms generated by the Newtown shooting could not be relied on for legislative success.

In response to Latourette’s concerns that Congress would overregulate in the wake of the tragedy, Emanuel said, “I am not worried that the United States Congress is going to do too much. The real worry is that we’re going to lose this moment.”

Ludwig pointed out that national regulation is important in this issue because of the porous nature of state borders that make state level regulations ineffective. He also disputed beliefs that violence in the United States is caused by violent video games and movies, citing studies that indicate that gun crimes decrease immediately following the release of violent video games.

According to Ludwig, the reason for America’s high homicide rate compared to other nations is that guns are more deadly than knives, a weapon used more often by citizens of countries with stricter gun restrictions.

“The United States is not an unusually violent country,” Ludwig said. “[It is] just the homicide rate that make us look very different and almost all of the difference between the United States and the United Kingdom is driven by gun homicides.”

The debate also touched on the urban versus rural demographic issues at play in the debate on firearms ownership and regulation. According to Chapman, rural people tend to be of the self-policing ethos, and are also more likely to own guns for non-violent purposes, including hunting and target practice.

“Outside of the big cities there is a sense among people that the people in the big cities really do not understand why rural people are attached to their guns,” Chapman said.

“They don’t see them as this demonic force that a lot of urban politicians do.”