Back to basics: South Siders look to get back on track 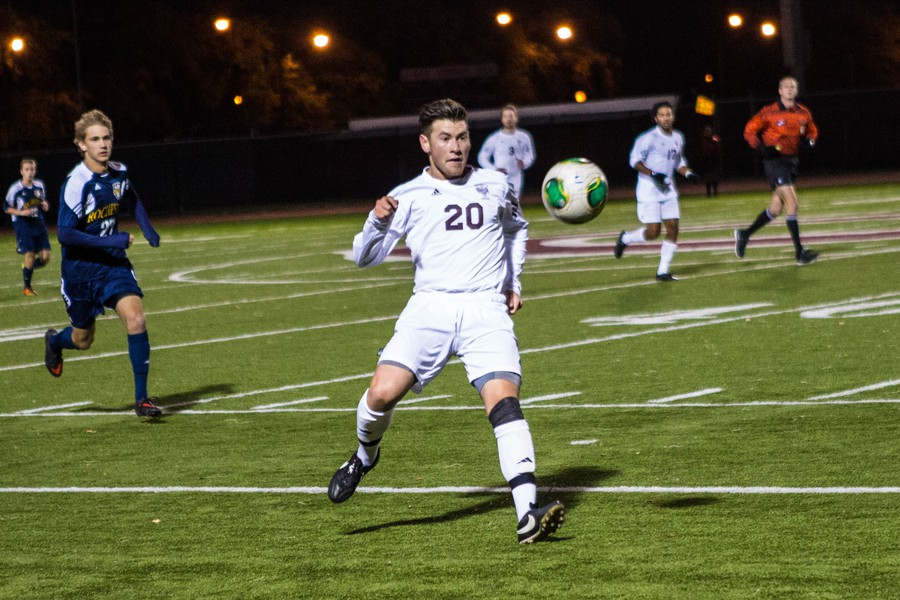 After their worst defeat of the season on Sunday, Chicago (7–4–1) looks to the weekend and its second doubleheader this season. UW–Whitewater (14–4) will be the guests on Saturday and the Maroons are expecting a difficult match.

“They always battle hard, play aggressive, and compete for every 50/50 ball,” said third-year forward and team captain Kyle Kurfirst. “They have been ranked in the top 25 and will be a tough team.”

Attesting to the Warhawks’ competitiveness is last year’s game between the two teams. Tied at the end of regulation, Chicago and Whitewater went toe-to-toe in two overtime periods, ending a 110-minute game in a 2–2 tie. Saturday’s game will be no less fierce, with both Chicago and Whitewater seeking wins that could help earn them a spot in the NCAA tournament.

The importance of the game can’t be overstated after last Sunday’s match against Case Western (6–4–4), when the Spartans handed the Maroons a 4–0 loss.

“It really is just about us this weekend,” Kurfirst said. “We need to get back to playing our best soccer and show everyone the type of team we can be. We need to use the emotions from last Sunday to inspire our efforts this weekend in both games.”

“We just need to get back to playing much quicker,” he said. “Our movement off the ball has really dropped off over the past two weeks. We need to get back into a rhythm where we believe we can keep the ball and find openings through a possession. Instead, we’ve been lazy and haven’t worked as hard as we did earlier in the season on the ball to create that belief that we can break teams down through our own possessions and find different options through switching sides and connecting quickly. We really need to get back to some of the things we’ve done well this season, but we haven’t been as sharp recently.”

After Saturday’s game, the South Siders will refocus their attention to Sunday’s match against the Rockford Regents, a team that has gone 0–14 in the season so far. Rockford does not pose a serious threat on paper. However, after the week it’s had, Chicago will be more aware than usual how dangerous any team can be when it’s desperate for a win.

“Rockford’s most striking similarity with Chicago is the need for a win. Rockford has not won a game all year, and are desperately trying to get a positive result,” said third-year forward Matt Vecchitto.

The match against Whitewater kicks off this Saturday at 1 p.m. on Stagg. Sunday’s game against Rockford is scheduled for 2 p.m. in the same place.