Maroons put perfect record on the line against Rhodes College 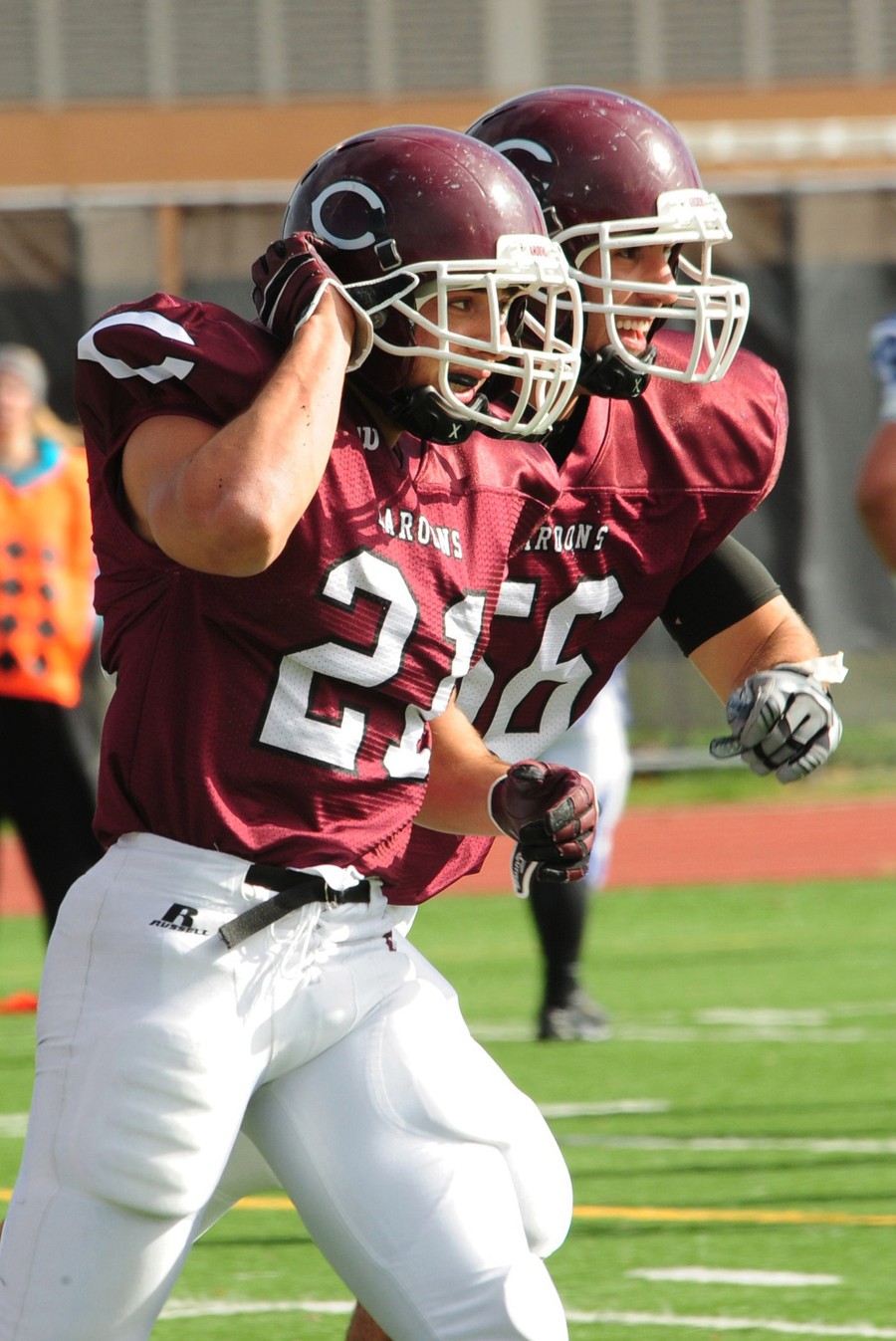 Although the school year has just begun for most University of Chicago students, the Maroon football team will have completed half of its season come Saturday evening.

The South Siders (4–0) preserved their perfect record this past weekend, defeating Kalamazoo (2–2) at home by a score of 31–17.

Chicago scored first, capping off their second drive of the game as fourth-year quarterback Vincent Cortina tossed a 35-yard touchdown to second-year receiver Sam Coleman. The Hornets responded with a 75-yard touchdown drive. Both teams traded off scoring in the second quarter. Down 7–6, the Maroons went up 9–7 on a field goal, but quickly found themselves trailing 14–9 after a Kalamazoo touchdown pass.

In the second half, Chicago quickly retook the lead as Cortina dashed for a 42-yard touchdown run. He capped off the score with a two-point conversion, putting the Maroons up 17–14, a lead they would hold for the remainder of the game.

“[T]hose big touchdown plays we had were a result of us taking advantage of mistakes made by their defense. We had an idea of where the holes in their defense were and we attacked them,” Cortina said.

Despite the 31–17 point differential, Kalamazoo gained 444 yards of total offense compared to the Maroons’ 243.

“[Our] recipe for success is to take care of the football and wear down the other team. I knew we were the better team the whole game, it was just matter of time we started playing the way we are capable of,” Cortina said.

Kalamazoo’s offensive play was not free of blemishes as they threw two interceptions and coughed up the ball four times. Second-year cornerback Vincent Beltrano forced and recovered one of the fumbles.

“Our defense is predicated on making teams earn points, meaning making them drive and be patient. Typically that results in some kind of mistake throughout the game,” Beltrano said.

Beltrano thinks the defense provides a favorable matchup against Rhodes College (3–1) this weekend even though the Maroons didn’t play flawlessly against Kalamazoo.

“The defense was not satisfied with its performance in totality, and upon watching film we realized it was the little things such as communication, technique, and mental errors. These are things we will work to straighten up and hopefully avoid against Rhodes.”

Cortina thinks there are a few keys to keeping up the hot streak.

“To continue our recipe for success, we need to take care of the football, win the field position battle, and control the time of possession,” he said.

This will not be an easy battle for the Maroons as there will be a nine-hour, overnight bus ride to get to Rhodes in Memphis in addition to the mental stresses of a beginning academic year.

According to Beltrano, the team recognizes these challenges and is preparing for them with the coaches’ advice to “control the controllables.”

Although distractions may be lurking like defensive tackles, Beltrano is still confident. “[If we] play our game we give ourselves a chance.”

The Maroons will kick off against Rhodes at 1 p.m. on Saturday.