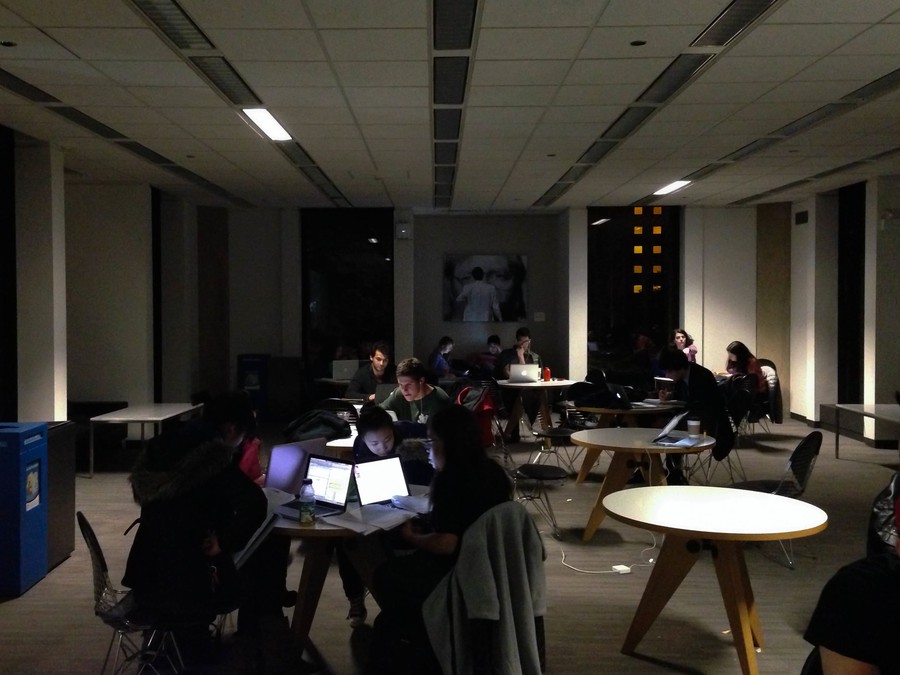 A minor blackout failed to deter students from studying in Ex Libris last Thursday when lights automatically shut off at 1 a.m.

“Most of the lights in the café turned off. It was too dark to work on anything without a laptop. It was surprising because the café was so crowded,” said second-year Chelsea Fine, who was studying in the café.

The library staff was unaware of this issue until the Maroon brought it to their attention on Monday. In response, Library Facilities Manager John Carey said they would work with maintenance to prevent the lights from turning off again.

“We placed a request to have the schedule changed so that lights are on in Ex Libris 24 hours a day when the Regenstein all-night study space is open,” Carey said in an e-mail.

Carey added that the lights were on all night in Ex Libris Tuesday night, and that last week’s incident may have only been an unfortunate anomaly.