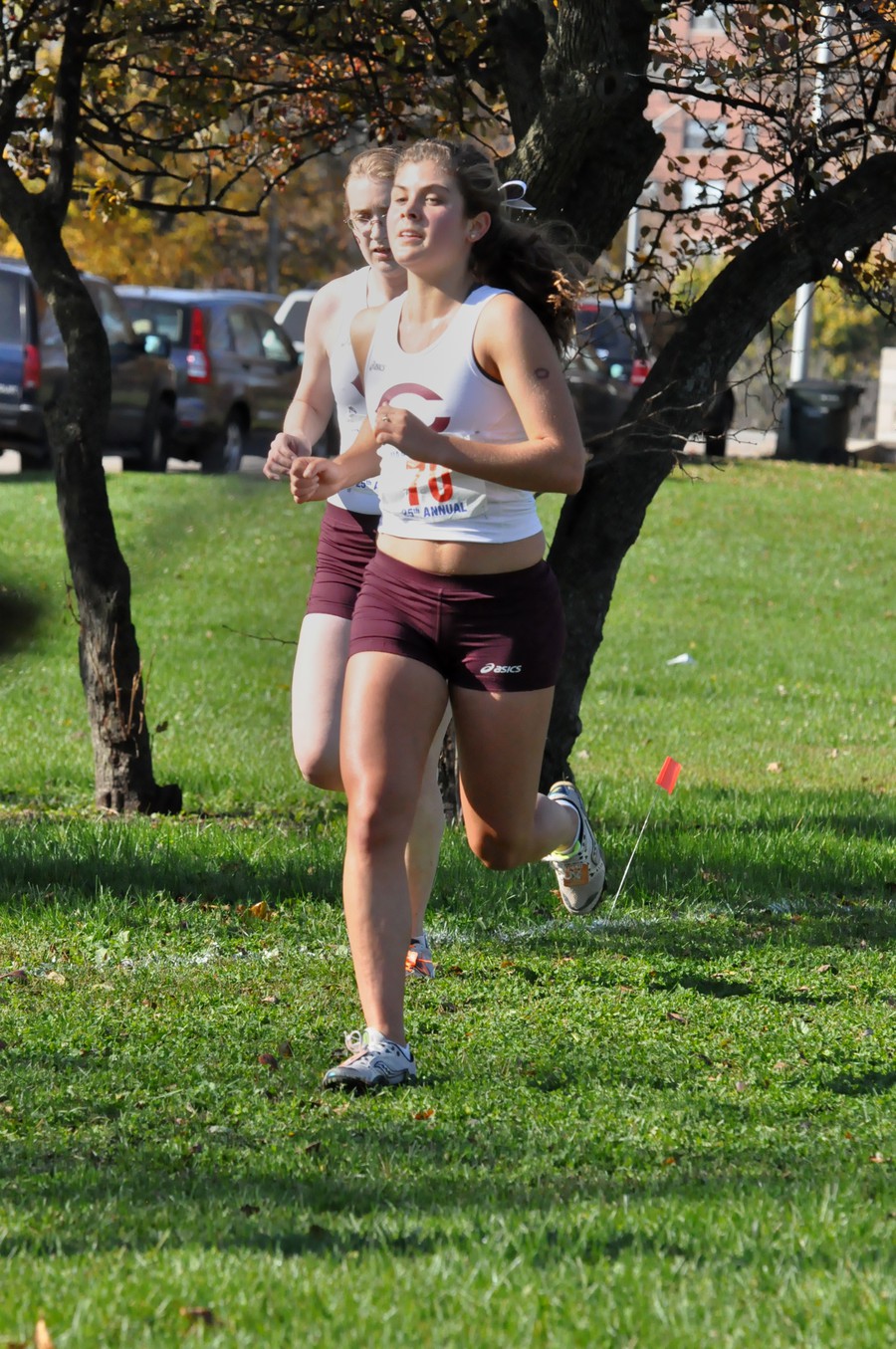 The waters have just begun to churn for the Maroons as the storm rapidly approaches. This weekend they will make their way to Hanover, IN to compete in the NCAA National Championship. Chicago managed to qualify both teams to the national meet for the first time in school history. The women qualified by winning the Midwest Regional race, while the NCAA selected the men as an at-large bid.

“The team is so excited right now,” second-year Catt Young said. “Coming off of winning regionals for the first time ever has really given everyone an extra boost of confidence.”

Last year, the women finished 15th at the National Championship while the men did not qualify. The men have not appeared in a national title race since 2005, when they placed ninth in the country.

“In the past seven years, we’ve had All-UAA, All-Region, and All-American runners and nationally ranked teams and each year the goal has been to qualify to NCAAs,” said fourth-year captain Daniel Povitsky. “While it is a first time experience for all seven guys competing, we feel like we belong. We’ve trained and raced with many good teammates who came before us and we compete on a regular basis in the deepest and most competitive region in the country.”

The men come into the national championship ranked 18th in the country after their sixth place finish at the regional championship last weekend. Povitsky and fourth year co-captain Sam Butler have led the squad all year and formed a solid foundation based on pack running.

“We are a very hardworking team with the guys committed to all of the small things that round out a great runner,” Povitsky said. “Perhaps the most significant aspect of this season has been the level of trust between members of the team. The upperclassmen have championed pack running and the entire team has put their trust in that leadership and running mentality. In my four years here, this is the best I’ve seen pack running executed consistently in workouts and races. When our entire team so strongly buys in, it fosters a level of trust and commitment to one another that pushes us through the pain of an 8k race.”

The women find themselves at the number six spot in the national rankings. Chicago’s best finish at the National Championship was sixth in 1998. These South Siders have an opportunity to make history if they can come in fifth or better.

“The team is really just looking to run our absolute best,” Young said. “We are in the best shape of the season and so we have a great opportunity to do something special this weekend. If we all run to our full potential, we could be a top five team.”

Wartburg, the winner of the central region, is currently ranked fifth. However, Wartburg only secured that spot by a mere four points in the pool. Thus, the Maroons are definitely within striking distance of a top five finish. The men are in a different situation. At 18th in the nation, their goal will be to finish in the top half of the field. A 16th place finish or better would accomplish that and their second best overall finish at the national race in school history.