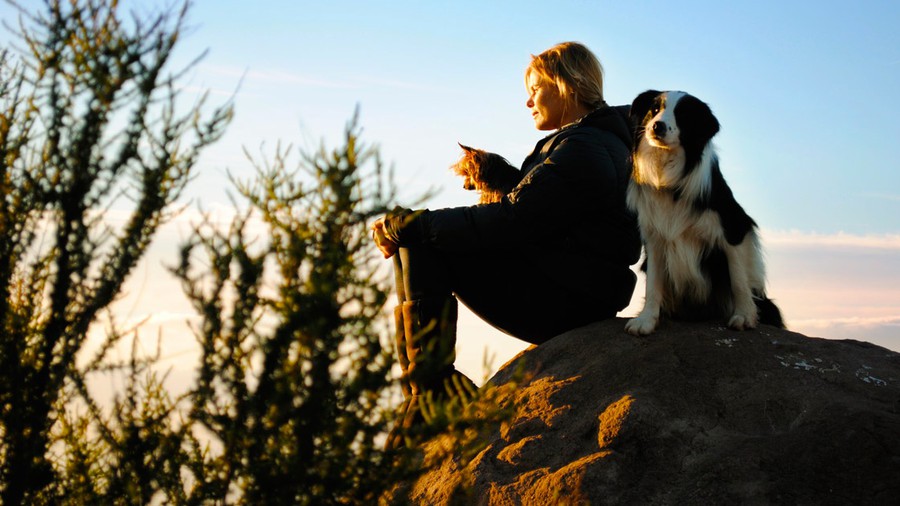 There are certain established traditions of documentary filmmaking. In crafting a compelling narrative, one should always build vertically rather than horizontally. Instead of casting a wide net and only scratching the surface of a few subjects it’s essential to dive deeply into one. Another tradition, building off the last, is to get to the core of each character.

None of this should come as news to Barbara Kopple, two-time Academy Award–winning director of the labor documentaries Harlan County U.S.A. and American Dream. But after viewing her new documentary, Running From Crazy, this wouldn’t be readily apparent.

It starts off promising enough as Kopple follows Mariel Hemingway, the actress from Woody Allen’s classic Manhattan and granddaughter of Ernest Hemingway, as she charts the history of mental illness throughout her family. Unfortunately the film’s most glaring issues come to light soon after. No firm subject is established as the film meanders through many veins of inquiry, never staying long enough to examine anything thoroughly. Sometimes it seems the focus is mental health, other times Margaux, Mariel’s sister, and at other points the film seems stuck in the long shadow of Ernest’s legacy.

Long interviews with Mariel stretch to eternity as she prattles on and speculates about what her sisters, father, and grandfather must have thought and felt. To her this illness seems a spiritual disposition native to the Hemingway clan, while in the 21st century we realize much of it has a genetic source, although the film probes the subject no further.

Mariel’s sisters Margaux and Muffet seem more fertile ground for inspection. Margaux moved to New York in her teens, in the process becoming a famous model, gracing the cover of Vogue and Harper’s Bazaar until falling from fame and succumbing to drugs and depression (she killed herself in 1996). Muffet, the oldest sister, has stories of bouncing on Picasso’s knee and running through town naked when she was a teen. In perhaps the most riveting scene of the film, Mariel goes to visit Muffet, who appears so crippled by her mental illness it’s nearly impossible to recognize her.

The sisters’ father, the secretive Jack Hemingway, is the film’s most enigmatic character and the one most in need of further investigation. In the documentary’s most shocking twist, Mariel states firmly that her sisters were sexually abused by their father. But apart from this one scene of admission, the question is never raised again. Nor is the fact that in the 90s Margaux accused her godfather of molesting her. It’s these missed opportunities that leave the audience oozing with frustration.

Its not that the documentary is boring; it’s simply unfocused. All of the necessary elements are there, but they haven’t been pieced together properly. And it doesn’t help that the bard of this tale, Mariel, is the Hemingway least apt to discuss the disease she so brazenly pontificates about. Still, it is ultimately Kopple’s job to rein her in and retain creative control. In the immortal words of Ernest Hemingway, “there is never a failure of talent, only character.”

Running From Crazy is at the AMC River East.