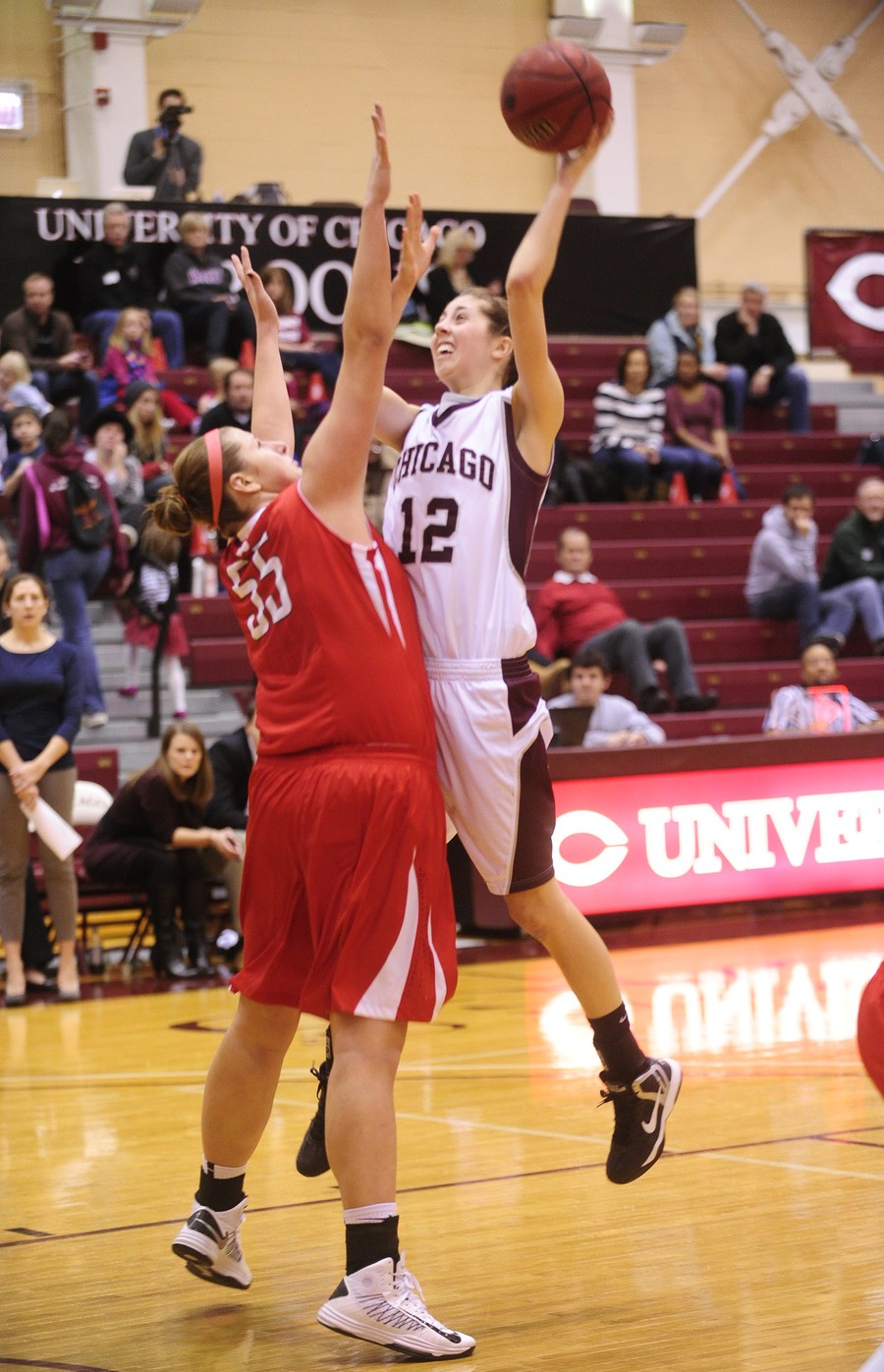 The Maroons (2–1) returned to action against No. 2 UW–Whitewater (3–0) on Tuesday evening. A competitive matchup that was keenly contested until its final stages provided insight on the team’s offensive strengths and its areas for improvement, as Chicago lost by a score of 90–76.

From the outset, the balance of play seesawed from team to team. The Warhawks jumped out to a 5–0 lead before the Maroons charged back to go ahead 14–10. Nerves appeared to have an influence on the play of both teams; the Warhawks got into foul trouble early in the half, and both teams committed multiple turnovers. The teams eventually settled into their offensive grooves, and at halftime the Warhawks led by four points, 39–35.

Following the break, the game continued at a breakneck pace as both teams traded points to keep matters close, but a few inopportune turnovers for the Maroons allowed the Warhawks to use their dynamic speed and high-tempo transition offense led by fourth-year guard Kaitlyn Thill to capitalize and build a 58–46 advantage.

Chicago had an opportunity to turn things around after a Warhawk technical foul and a three-pointer by fourth-year guard Julie Muguira cut the lead to 58–54, but the Warhawks’ unrelenting offense and defensive press pushed Chicago into a few forced passes and more turnovers. The Warhawks took a double-digit lead in the final minutes and held on for the 90–76 win.

Chicago might take consolation from the fact that the Warhawks, as of the most recent rankings, are the second-ranked team in the nation and finished as runners-up in the 2013 Division III Championship last March. But as encouraging as it was to play a top-tier squad so close, the Maroons aren’t satisfied with merely competing.

“Tonight’s game showed that we are more than capable of competing with the best teams in the country. However, no one on our team is happy just competing. At this point, there are a lot of little things we need to get better at, and I think this game gives us extra motivation to go work hard and focus on improving,” said Muguira, who led Chicago with 24 points and 11 boards.

Third-year guard Claire Devaney, who contributed 14 points and 8 rebounds, also emphasized the importance of reducing turnovers in the next game.

“We had a lot of unforced turnovers, and that really killed us. It was hard to get a good momentum going when we were turning the ball over on so many of our possessions,” she said.

“I’m disappointed because, had we done a few things better, I believe we could’ve competed on a higher level, but this group is resilient and I’m certain it will learn from this experience and be better for it,” Sain Knoche said.

Chicago’s next game will be against the Manchester Spartans (1–1) this Saturday at Ratner at 2 p.m.